This article is the first of a two-part series. It summarizes a recent study published in Terrorism and Political Violence. Part II is HERE.

In the past five years, it has become increasingly common for practitioners and policymakers in the western world to draw from the insights of former extremists to generate knowledge on the prevalence and contours of violent extremism and terrorism. While some researchers and practitioners have raised concerns about including formers in this space, ranging from discussions about their reliability and credibility to questions about whether their inclusion could raise concerns in the public sphere, others have argued that formers can provide valuable insight into issues that terrorism scholars, amongst many others, are concerned with. To illustrate, researchers have shown a growing interest in drawing from the voices of former extremists to address key questions in terrorism and extremism studies, including – but not limited to – empirical studies focusing on processes of radicalization to extremism, processes of deradicalization and disengagement from extremism, or both pathways in and out of extremism. Some research is also beginning to emerge on how formers think that violent extremism can be combated as well as the impact of using formers to prevent violent extremism.

Regardless of the above-mentioned developments, scholars who are working in the field of violent online political extremism have been much slower to bring formers to the table. This is in light of the fact that many researchers, practitioners, and policymakers continue to raise questions about the role of the Internet in facilitating violent extremism. An exhaustive search using dedicated academic research databases produced only two studies that interviewed former extremists about their Internet usage when they were involved in extremism. And only a small number of studies have interviewed current extremists on their media consumption and radicalization process.

In-depth interviews were conducted with 10 Canadian former right-wing extremists who were involved in violent racist skinhead groups. Eight participants were males and two were females, ranging from 27 to 44 years old, with an average age of 38. Each of these participants identified themselves as a ‘former extremist’, meaning that they were individuals who, at one time in their lives, subscribed to and/or perpetuated violence in the name of a particular extremist ideology and associated violent extremist group or movement.

Our sample reflects Perliger’s understanding of racist skinheads, in that the formers in our study tended to be incredibly violent and were amongst the most violent factions of the Canadian right-wing extremist movement. Seven participants, for example, discussed instances in which they used violence or the threat of violence in support of the racist skinhead group’s mission, which ranged from vandalizing mosques to violent attacks against minority groups to bombmaking efforts targeting government officials. Additionally, all study participants described instances in which spontaneous violence was part of the daily routine of the group to which they belonged, which ranged from armed robberies of rival groups to acts of violence against specific minority groups. 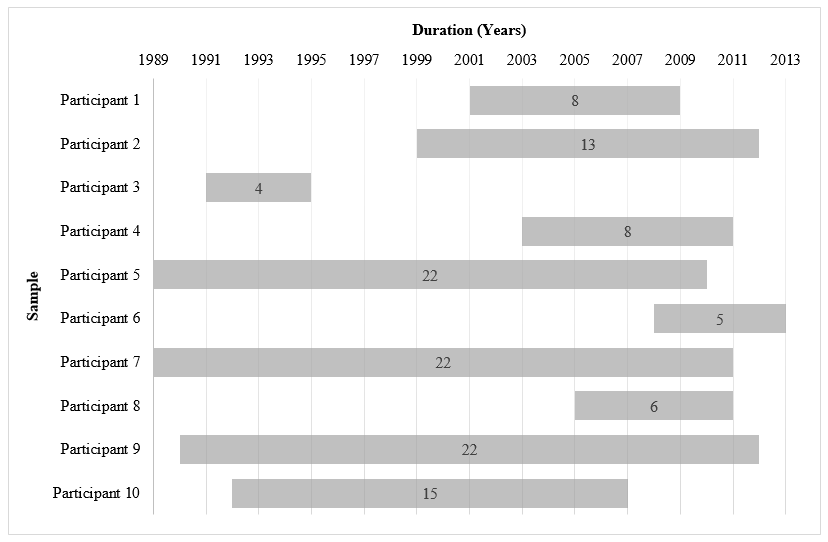 As ‘former extremists’, the participants have since publicly and/or privately denounced extremist violence. In short, they no longer identify themselves as adherents of a particular violent extremist ideology nor are they any longer affiliated with an extremist group or movement. The majority of the interviewees also identified themselves as “off the grid”, meaning that up until the point that they were being interviewed for the current study, never did they make it publicly known – either through media or public events – that they, at one point in their lives, were part of a violent extremist group or movement. Similarly, the majority of interviewees noted that they had never participated in a research study.

In part II of this series, we will provide a summary of our study results, with a particular focus on processes of violent radicalization and the Internet as well as the interactions between the on- and offline worlds of violent extremists.

Ryan Scrivens is an Assistant Professor in the School of Criminal Justice at Michigan State University and a Research Fellow at VOX-Pol. Follow him on Twitter: R_Scrivens.

Vivek Venkatesh holds the UNESCO co-Chair in Prevention of Radicalisation and Violent Extremism and is Full Professor of Inclusive Practices in Visual Arts in the Department of Art Education at the Faculty of Fine Arts at Concordia University. Follow UNESCO-PREV on Twitter: UNESCOPREV. Also follow one of Vivek’s projects on Twitter: ProjectSomeone.