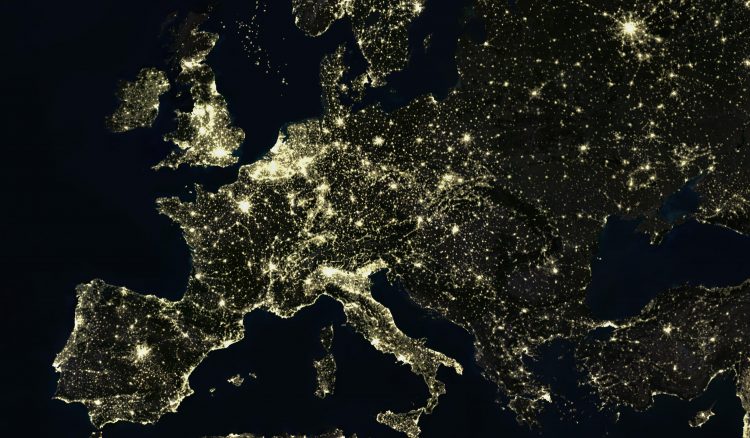 Earlier this month, VOX-Pol published The Alt-Right Twitter Census, an analysis of the online activities of the right-wing umbrella movement. The report examined almost 30,000 followers of Twitter accounts that self-identified as alt-right in their user names or profile information.

The report painted a picture of a movement whose centre of gravity is found in the United States, but that is not the whole story. In the data, and beyond, the white nationalist movement has established footholds and alliances around the world, including in Europe and Australia.

A number of factors molded the data in an American cast. Foremost, this was related to the report’s key finding that U.S. President Donald Trump enjoyed a symbiotic relationship with the movement, nurturing its grievances and providing an anchor for coherence among the very diverse collection of extremist ideologies represented in the dataset. At the same time, the movement threw its support behind Trump, as seen in virtually every aspect of its activity – including the words used in Twitter profiles and tweeted hashtags and links.

Other factors that gave the data an American cast included the use of the English-language term “alt-right” to seed collection and the presence of larger and more coherent far-right movements elsewhere in the world, which identify primarily with their own specific ideologies and have less need to participate in a “big tent” under the alt-right umbrella. Nevertheless, the international linkages of the alt-right were on display in the data.

In a typical English-language social network, around 15 percent of users interact with the Twitter website in Spanish, which is usually the second most common language. But Spanish was underrepresented in the alt-right dataset. This is not exactly surprising given the movement’s heavy focus on opposing immigration into the United States from Latin America.

Time and time again, I have found that language is one of the biggest barriers to the formation of cohesive social networks. Therefore, it is not entirely surprising that the second most-common language was Dutch, accounting for about six percent of users. Linguistically, this makes sense, since at least 90 percent of Netherlands residents speak English.

But politics also drove the connection, in the form of the right-wing political party Partij voor de Vrijheid  (PVV, or in English, “Party of Freedom) and its leader, Geert Wilders, a notorious figure in anti-Muslim extremism with an extensive international following, who tweets in English as well as Dutch. Since anti-Muslim sentiment was one of the most prevalent themes in the alt-right network, Wilders’ international celebrity helped bring Dutch users into the alt-right social network. The top hashtag among Dutch users in the network was #PVV, and #Islam was also among the most-tweeted.

The alt-right also co-exists comfortable with the far-right in the United Kingdom and Australia, where there is no language barrier to impede the transmission of ideas and the elevation of personalities. During the analysis period, a very notable surge of support for Tommy Robinson, co-founder of the anti-immigrant English Defense League. Robinson was arrested for breaching the peace in relation to a criminal proceeding during the period analyzed in The Alt-Right Twitter Census, and the alt-right social network mobilized in very large numbers to support him.

While other European far-right and anti-immigrant parties have considerable overlapping interests with the alt-right, their participation in the network was much lower than the PVV, which was probably a result of the language barrier, at least in part.

The relative electoral success of such parties as Germany’s Alternative für Deutschland (Alternative for Germany) and France’s Rassemblement national (the former National Front) also renders the alt-right umbrella label less useful for these groups. The alt-right’s emergence in the United States reflects the relative weakness of the far-right in mainstream two-party American politics.

The alt-right functions largely as a political bloc to consolidate the far-right’s political activity and boost the influence of groups such as neo-Nazis, who could command a significant constituency standing alone. If neo-Nazis could muster a political party of their own, or if the American political environment was viable for multi-party politics, the alt-right framing might not be necessary or desirable.

One notable surge of European activity in the network related to a hotly contested parliamentary election in Slovenia, where an anti-immigration party came out on top. While the evidence in the data was unclear, it is possible that this activity was part of a directed influence campaign, possibly state-sponsored or possibly initiated by alt-right activists. In the past, such influence campaigns have jumped the language barrier, most notably during the 2017 French presidential election, when alt-right users bombarded French social networks with the contents of emails stolen from the eventual victor in the campaign, Emmanuel Macron. These bursts of international outreach are likely driven by a combination of ideological opportunism, support for high-profile international right-wing personalities such as candidate Marine Le Pen, and interference or amplification from state-sponsored influence campaigns.

Overall, the alt-right bloc primarily serves a unifying function for the American far right, which lacks the advantages provided by multi-party politics and must find other ways to exert influence within a two-party system. While this makes the umbrella label less necessary for European far-right movements, ideological affinities and tactical considerations mean that the American alt-right will continue to be invested in European politics, while not playing the important vanguard role to which it aspires in the United States.

J.M. Berger is the author of Extremism (MIT Press, 2018). He is a VOX-Pol Research Fellow and a postgraduate researcher at Swansea University.

Call for Participants for @RANEurope online meeting on ‘The Use of Video Gaming by (Violent) Extremists: Strategies… https://t.co/aa99rcFHDi
- Thursday Aug 6 - 9:45am 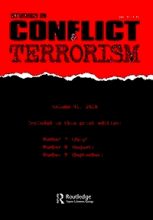