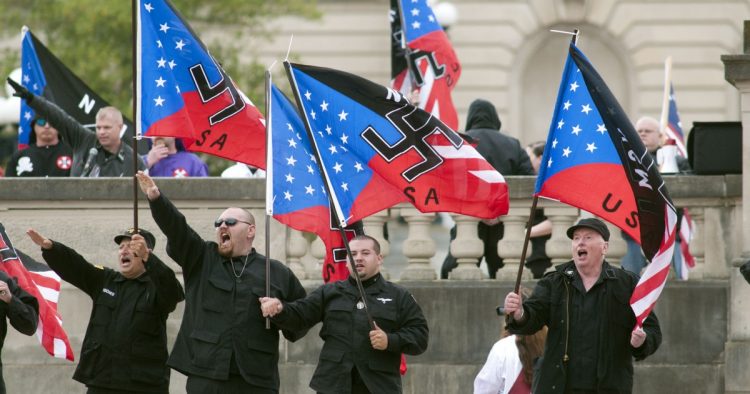 Although the U.S. has a long history of terrorist attacks carried out by multiple organisations and individuals against a variety of targets, including their president, there is no doubt that the country’s defining moment of terrorism was the 9/11 combined attack by Al Qaida terrorists. This terrorist attack, the deadliest such attack in modern times, changed the history of the U.S. The extensive ‘war on terror’ that was declared following the attack, and is still ongoing today, included tools to cope with threats arising from terrorist and extremist online activity.

The legal challenge that faced U.S. counter terrorism policy makers was how to cope with the strong legal protections on freedom of speech in the U.S. constitution. Freedom of expression is enshrined in the first amendment of the US constitution. The amendment is part of the so-called ‘Bill of Rights,’ which was largely drafted by James Madison, later a U.S. president. The Bill, which was introduced to Congress in 1789 and adopted on December 15, 1791, was promoted in order to appease anti-federalist leaders who were afraid of what they saw as the excessive power that the new constitution would give the federal government.

The first amendment forbids Congress from enacting any law ‘abridging the freedom of speech.’ The U.S. Supreme Court is probably the most zealous court in the world when it comes to protecting freedom of speech. This strong protection of freedom of speech has stopped the US congress from legislating any of the criminal laws that were legislated for in Europe against online terrorist activity, such as ‘apology for terrorism’, ‘glorification of terrorism’, or so-called ‘viewing’ offenses. (Having said that, in practical terms, a lot of the terrorist or terrorist-related offenses brought before U.S. courts are based on online activities. Out of all the terrorist or terrorist-related offenses that were brought to court in the 10 years after 9/11 (500+), more than half were charged with the felony of material support, based mainly on online correspondence and communications).

Another strong protection, contained within the spirit of the U.S. first amendment, was given to online activity in the U.S. Communications Decency Act. Article 230 of the act protects websites and social networks from liability over third-party content published on their platform. The importance of the article to freedom of the Internet in the U.S. is second to none and it has been described as ‘the law that gave us the Internet’ as the U.S. courts have generally interpreted the law as giving extensive protections to internet service providers(ISPs).

The PATRIOT Act, which was enacted soon after the 9/11 attacks, introduced an arsenal of tools that were intended to strengthen the power of the investigative bodies in their fight against terrorism. The law gave US security agencies extensive powers to monitor activity on the web. Edward Snowden’s revelations showed that the FBI, the CIA and, mainly, the NSA had been using the law to collect an immense amount of data on foreign and American citizens.

The collecting was done using a few techniques: bulk surveillance; the PRISM program, which allowed the NSA to secretly demand data about their users from Internet companies like Google and Facebook; and warrants approved by the Foreign Intelligence Surveillance Court (FISC) to access a person’s computer or phone and collect data. The FISC court is a secret court that issues judicial warrants for surveillance upon request by an agency where discussions are only carried out between the agency representative and the judge. These courts have been criticised because of the overwhelming approval rate of requests. It was discovered that, out of 33,900 ex-parte requests to the court over a period of 30 years, only eleven were denied.

The 2015 USA FREEDOM Act, which was enacted to replace the Patriot Act as a response to the Snowden story, stopped the practice of bulk surveillance, allowed the Internet companies to reveal to the public that they were being requested to provide information by the security services and tightened the supervision of the FISC court. These changes to the law were accepted with some suspicion as many still thought that there was not enough supervision of the actions of the NSA.

Countries globally have invested large parts of their internal security forces in the fight against terrorism. U.S. legal history, which has created different protections for freedom of speech than for privacy has, in its response to the threat from online terrorism, directed most of the immense power of the American security agencies towards the area of surveillance, and the impact on the privacy of American citizens and many others around the world has been tremendous. However, in a world where most of our private data is kept by private companies that can do almost anything with it, perhaps privacy is less important than freedom of speech.

Germany and the Third Reich

The rise of National Socialism, as well as the Second World War and its devastating consequences, for Germany and the whole world, has of course had a profound impact on the shape of the modern German legal system. The historical lesson learned from the possibility of extreme forces using the democratic system in order to rise to power has led to Germany developing, in part, a model of defensive democracy. The response can be seen in the creation of a strong constitution with checks and balances between the different branches of the state.

The historical lesson that was learned from the Nazi period about how dangerous propaganda and the incitement of anti-democratic forces can be to democracy has led to the German legal system becoming intolerant and, possibly, the most intolerant western democracy when it comes to inciting hate speech.

The German criminal code[1] includes several articles, dating from as early as the 1950s, which limit freedom of speech in the name of the protection of democracy. Section 86 forbids the dissemination of propaganda material by unconstitutional organisations, while Section 86a forbids the use of the symbols of unconstitutional organisations such as the swastika or other neo-Nazi symbols and, recently added, the ISIL flag.

Section 90a forbids the defamation of the state and its symbols such as its flag while Section 91 forbids the displaying or supplying of material “which by its content is capable of serving as an instruction to the commission of a serious violent offence endangering the state (Section 89a (1)), if the circumstances of its dissemination are conducive to awakening or encouraging the preparedness of others to commit a serious violent offence endangering the state”.

In addition, Section 111 forbids the inciting or committing of an unlawful act “publicly, in a meeting or through the dissemination of written materials”, and Section 129a forbids the forming of a terrorist organisation.

Section 130, 130a and 131 deserve special attention as they all deal directly with limitations on publication. Section 130, which is entitled ‘incitement to hatred’ forbids the inciting of hatred against a national, racial, religious or ethnic group, forbids insulting someone based on being a member of one of those groups and forbids the public approval of, denying, or downplaying of an act committed under Nazi rule.

Section 130a forbids the dissemination, public display, posting, presenting, or the otherwise making accessible of material that is capable of serving as an instruction for an unlawful act and intended by its content to encourage or cause others to commit such an act.

Section 131 forbids the dissemination of materials “which describe cruel or otherwise inhuman acts of violence against humans or humanoid beings in a manner expressing glorification or which downplays such acts of violence or which represents the cruel or inhuman aspects of the event in a manner which violates human dignity”. A major part of these laws are enforced by a special security agency that is designated to protect the constitution from threats, the Federal Office for the Protection of the Constitution (the BfV).

With such a wide range of criminal laws prohibiting many forms of expression, laws which were mostly put in place prior to the rise of the Internet, it is no surprise that the German authorities have chosen the criminal law path to deal with online extremism. For example, the BfV, in its 2018 annual account[2], reports that out of 36,062 politically-motivated offences in 2018, 14,088 were propaganda offences, which are mostly performed online.

The German fear of the power of extremist propaganda is understandable and the use of criminal law against online users is also common in other European countries around Europe, but the question remains, do criminal limitations on free speech really stop the spreading of extreme ideas, or do they have the opposite reaction, or no effect at all? As extremist ideas continue to flourish in many democratic countries around the world, regardless of various legal efforts, it is perhaps time to consider if the law is the place to find the solution.

This article is part 2 of the three part series. Click here to read part 1 and 3.

[2] ‘Brief Summary 2018 Report On The Protection Of The Constitution’ (The Federal Government, 2019) <https://www.bundesregierung.de/breg-en/service/information-material-issued-by-the-federal-government/brief-summary-2018-report-on-the-protection-of-the-constitution-1641850> accessed 7 July 2019.

From the French Revolution, the First Amendment and the Third Reich to Twitter and Facebook: The Impact of Legal Histories on the Fight Against Online Extremism – Part 1: France

From the French Revolution, the First Amendment and the Third Reich to Twitter and Facebook: The Impact of Legal Histories on the Fight Against Online Extremism – Part 3: Germany