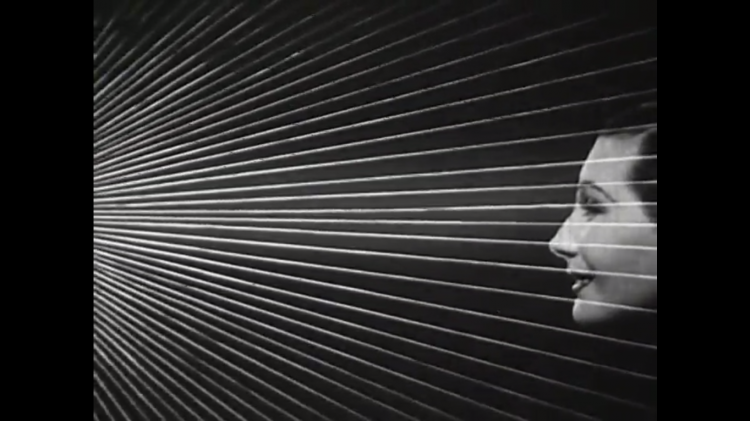 Less than 24 hours after John Earnest opened fire at a San Diego-area synagogue killing one person and injuring three others, the focus of the developing story shifted to his digital life.

News outlets reported that Earnest “posted an anti-Jewish screed online about an hour before the attack” and “praised the suspects accused of carrying out deadly attacks on mosques in New Zealand and at Pittsburgh’s Tree of Life synagogue.”

This represents the new reporting on far-right terrorist attacks. Once it is clear the perpetrator has a connection to the violent far-right, reporters proceed directly to their digital footprint.

These connections help establish a motive, an explanation for brutal acts of violence. But the correlation inevitably leads to a far more complex question: Is the internet radicalizing people to violence?

The answer is anything but clear.

“Everyone wants to draw a direct line from online radicalization to violence, and it’s not that simple,” said Brad Galloway, a former neo-Nazi who currently studies criminology and volunteers at Life After Hate.

In June, the New York Times published a lengthy report on a young man who said he became radicalized into the far-right after watching thousands of videos on YouTube.

This steady diet of algorithm-driven content “convinced him that Western civilization was under threat from Muslim immigrants and cultural Marxists, that innate I.Q. differences explained racial disparities, and that feminism was a dangerous ideology.”

“I just kept falling deeper and deeper into this, and it appealed to me because it made me feel a sense of belonging,” Caleb Cain told the newspaper. “I was brainwashed.”

But there was an important asterisk attached to the story: “The radicalization of young men is driven by a complex stew of emotional, economic and political elements, many having nothing to do with social media.”

According to Ryan Scrivens, an assistant professor of criminal justice at Michigan State University, this is an element that requires greater scrutiny.

“We don’t know what else is going on in the background,” Scrivens says. “There is a connection, we just don’t know the strength of the connection relative to people’s offline activities.”

Particularly since the March terrorist attacks in New Zealand, the national conversation today is centered on online radicalization. It figured prominently during a congressional hearing in June on domestic terrorism.

Michael C. McGarrity, the assistant director of the FBI’s counterterrorism division, told Congress that “the ease of online self-radicalization to violence and the corresponding lack of direct connections between known terrorists or FTOs (foreign terrorist organizations) and unknown radicalized violent extremists” was making it harder for the FBI to “identify and disrupt an individual before that individual decides to act.”

Likewise, Elizabeth Neumann, the assistant secretary for threat prevention and security policy at the Department of Homeland Security, said online radicalization — borrowed from “the ISIS playbook” — was shortening the window between radicalization and violence.

“We know the rise in violent white supremacy is partly fueled by their use of social media platforms that connect like-minded individuals who are geographically isolated to share hate-filled, violent material,” Neumann said.

But what is the link between online hate and real-world violence?

That’s something that Galloway, who eventually became a neo-Nazi recruiter, said was the primary goal when he used the then-nascent internet to find potential recruits.

“The idea was to move people from the online world to the real world,” he said. “That socialization piece is important. These platforms have really enhanced the echo chamber of the socialization process, both online and offline. It’s about trust relationships.”

“Radicalization is a nonlinear process, and the internet gives people more opportunities to search for and consume content that reinforces their grievances.”

“What I’ve Learned Here is Priceless”

Earnest, the 19-year-old shooter at the synagogue in Poway, Calif., was described as a model student.

Two days after the shooting, the Associated Press reported that as a high schooler, Earnest “had stellar grades, swam on the varsity team and basked in applause of classmates for his piano solos at talent shows.”

His radicalization, the story noted, occurred sometime in the last two years and included forays into 8chan, a message board where most of the content is extreme, racist, and violent.

“I’ve only been lurking here for a year and half, yet what I’ve learned here is priceless. It’s been an honor,” Earnest reportedly wrote in one post.

Beyond that, however, we know very little about the connections between Earnest’s online presence and offline life, respectively. Little else on this connection is known publicly.

Online Hate is More Popular Than Ever

The Daily Stormer, a neo-Nazi website that was booted from the web in 2017 after Charlottesville only to reappear with a different domain name, was averaging 2.72 million unique monthly visitors in 2018.

4chan, another forum where extreme content proliferates, saw a fivefold increase in the number of times the N-word appeared on the site, to 115,000 in January 2018.

Robert Bowers, who killed 11 people in a synagogue in Pittsburgh in October, was well-known and active on Gab, a Twitter alternative popular with white supremacists.

Before the attacks, he used his account to link to racist and anti-Semitic YouTube videos more than 70 times.

Two weeks after the Oct. 27 mass shooting at the Tree of Life synagogue in Pittsburgh, the Pittsburgh Post-Gazette published a lengthy investigation into Bowers past.

The 3,000-word story was based on “accounts from Mr. Bowers’ coworkers of two decades ago, and an analysis of his social media posts in the weeks prior to the massacre.”

Faced with a lack of direct knowledge of Bowers’ past, uncooperative family members, and an incomplete dossier of Bowers’ digital footprint, the newspaper drew two important conclusions:

First, “while the vast majority of people with fractured family lives and early exits from formal education don’t radicalize, research shows that the bulk of violent extremists come from such backgrounds.”

Additionally, and speaking with Peter Simi, a professor of sociology at Chapman University in California, the reporters made another important distinction.

The vast majority of people who consume radicalizing content never move on to become violent extremists.

Galloway calls this “the will to want to get involved with violence.” This is a key ingredient in rooting out potential violent extremists. And that element is missing entirely from the investigative piece into Bowers.

Moonshot CVE, a London-based tech company that aims to disrupt and counter violence online, found that incidents of violence very often correlate with an increase in searches for violent content.

In the aftermath of the Tree of Life shooting, for example, searches for violent far-right content increased 92 percent.

In a separate report, Moonshot analyzed search data on harmful content centered on the UK’s surge in knife attacks.

In a 16-day period from April into May, Moonshot says it tallied 2.5 million views of YouTube videos that directly incited or encouraged violence. More specifically, the number of searches increased around a cluster of four murders.

One of the key recommendations the group made after this pilot study was a call for more research. “It is widely recognized that the online space plays a significant role in encouraging and propagating violence in the UK,” Moonshot said in that report. “Social media platforms have been used to document, encourage, and glamorise violence.”

Still, “there has been little research focused on the role of the internet and social media platforms in facilitating the spread of violent narratives, and how we might use those same platforms to devise and deploy effective counter-violence strategies.”

As we continue to attempt to understand the link between online content and offline violence, it’s important to recall one of the most important aspects of radicalization into extremism.

At its core, radicalization exploits people’s grievances — the perception that a person, or group, has been treated unfairly — whether those grievances are real or perceived.

Extremist content can often make people feel a sense of belonging, identity, and self-worth, says Galloway, the former neo-Nazi recruiter. Finally, they are accepted into an in-group. That’s how he himself was recruited.

“I was just looking for an identity,” he says. “It could have been anything.”

“Human beings often fear what they don’t know. And the internet and social media platforms are effective tools for misinformation.”

Dimitrios Kalantzis is Director of Communications at Life After Hate and a trained journalist with 10 years of experience in print and digital news. This article was originally posted on the Life After Hate website. Follow them on Twitter @lifeafterhate.

Image credit: How the Eye Functions from the Prelinger Archives.