Welcome to Volume 6 Issue 1 of the VOX-Pol Newsletter.

The VOX-Pol Network of Excellence for Research in Violent Online Political Extremism reached five years in December 2018; a huge thanks to everyone who has contributed along the way. The project has been given a one-year extension to December 2019 by the European Commission. In the project’s final year we look forward to, among other things:

The report treats developments in the violent extremist and terrorist online scenes in the 12-month period from 1 December 2017 to 30 November 2018.

Caterina Froio and Bharath Ganesh. 2019. ‘The Far Right Across Borders: Networks and Issues of (Trans)National Cooperation in Western Europe on Twitter.’ In Maik Fielitz and Nick Thurston. Eds. Post-Digital Cultures of the Far Right: Online Actions and Offline Consequences in Europe and the US. Bielefeld: transcript Verlag.

Workshop on Extreme Right Online Activity, Swansea University
We’ll be in Swansea on 6 – 7 March for the inaugural Radical Right Research International Network (RIN) workshop. Co-organised and co-sponsored by VOX-Pol and Swansea University, this RIN kick-off event is invite-only, more information about the workshop and RIN will be available on our website in due course however.

More information about the June Summer School, including information on how to apply will be made available shortly on our website and via our twitter feed. 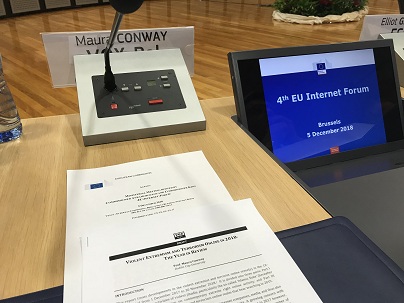 Is ISIS Still Alive and Well on the Internet?