Welcome to Volume 5 Issue 4 of the VOX-Pol Newsletter.

Horizons of Hate: A Comparative Approach to Social Media Hate Speech’ was published in September. In it, Dr. Matti Pohjonen compares a Finnish anti-refugee and anti-immigration Facebook group criticised for hate speech and links to the extreme right, with a Finnish anti-racist Facebook group that opposed it, alongside a Facebook group aimed at dialogue between the two. A critical-comparative analysis of social media hate speech can help us to assess the dangers of this speech, and can provide the necessary conceptual distance needed to come up with new ideas and strategies that can help to prevent violence.
All VOX-Pol reports are open-access. The full article is available for download here. If you would like to receive a hardcopy of the report, please email info@voxpol.eu with your request.

VOX-Pol’s latest report, ‘The Alt-Right Twitter Census: Defining and Describing the Audience for Alt-Right Content on Twitter’, was published in October. In it, VOX-Pol Fellow, JM Berger,  evaluates the alt-right’s online presence with robust metrics and an analysis of content shared by adherents. The alt-right has many components online; this research primarily examines its Twitter presence, creating a demographic and identity snapshot of a representative portion of the audience for alt-right supporters on the platform.
All VOX-Pol reports are open-access and available for download here. If you would like to receive a hard copy of either or both of the reports, please email info@voxpol.eu with your request.

Caterina Froio. 2018.‘Race, Religion, or Culture? Framing Islam between Racism and Neo-Racism in the Online Network of the French Far Right’ Perspectives on Politics, 21 August.

We’ll be in Brussels on 5 – 6 December for this year’s Security Research Event. Our Coordinator, Prof. Maura Conway, will be chairing a panel discussion on day 2 of the Event, while the rest of the team will be there to promote the project in the main arena, with information and printed research reports available. Drop by if you’re attending!

From 20-22 August, VOX-Pol hosted our third biennial conference at the University of Amsterdam. The two-day conference featured a range of presentations and panels, and some of these presentations are available to view here. If you would like your presentation featured on our website, please email conference@voxpol.eu.

The VOX-Pol Conference Team would like to extend a huge thank you to all attendees at the conference. It was a highly enjoyable couple of days, and we hope that all attendees had a productive and pleasant experience.

On 27 September, Prof. Maura Conway presented on Twitter’s disruption of IS activity on their platform at the Kozmetsky Center at St. Edward’s University in 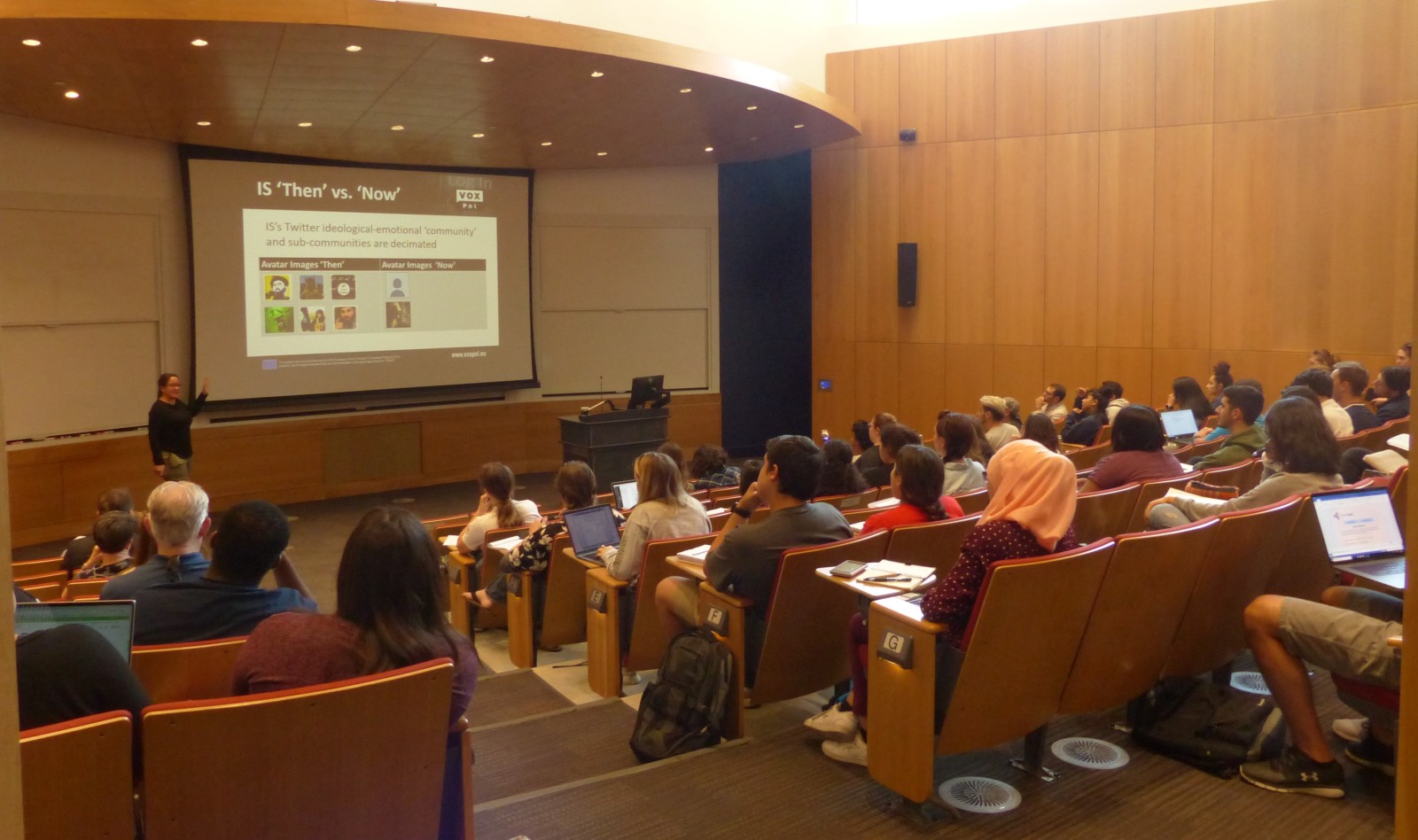 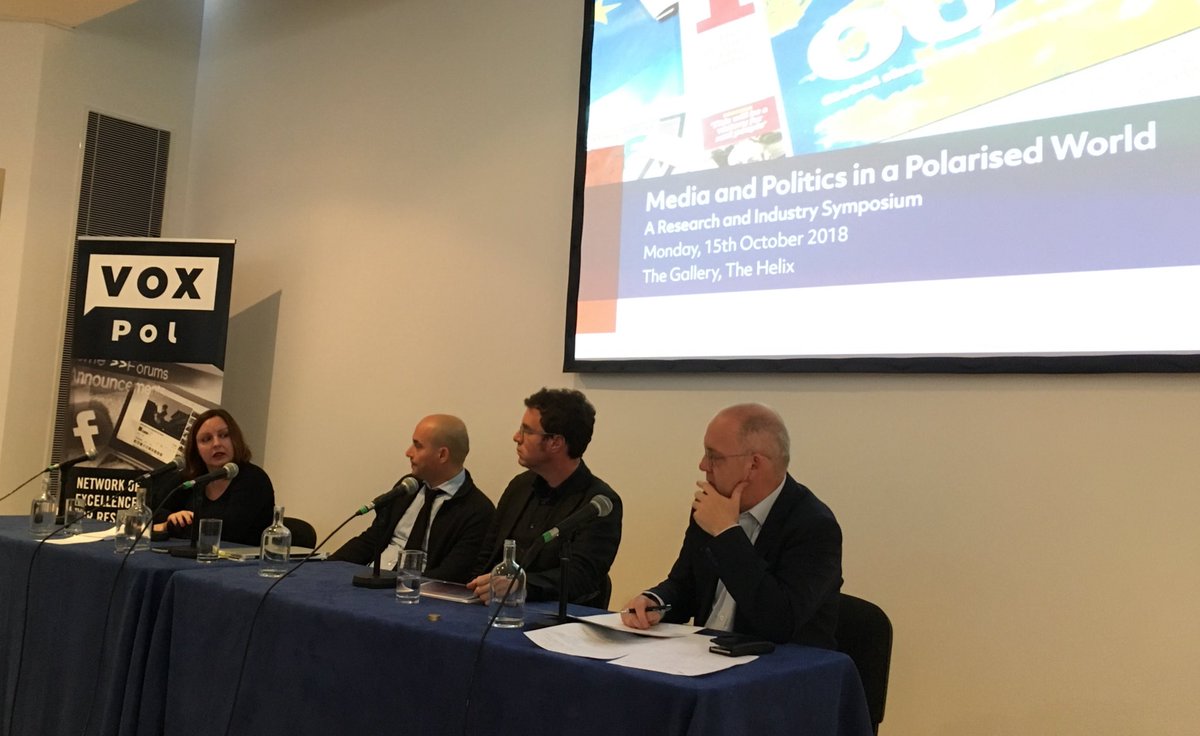 On October 15, DCU School of Communications held a research and industry symposium titled ‘Media and Politics in a Polarised World,’ of which VOX-Pol was a sponsor. DCU’s Institute for Future Media and Journalism (FuJo) has since been awarded  €2.4 million EU funding to tackle the issue of “fake news” by tracking and flagging online disinformation, especially through social media. More information about the three-year project, called PROVENANCE, is available HERE. Congrats to all at FuJo!

VOX-Pol’s latest report, ‘The Alt-Right Twitter Census: Defining and Describing the Audience for Alt-Right Content on Twitter’, gained significant traction in the media upon its release: