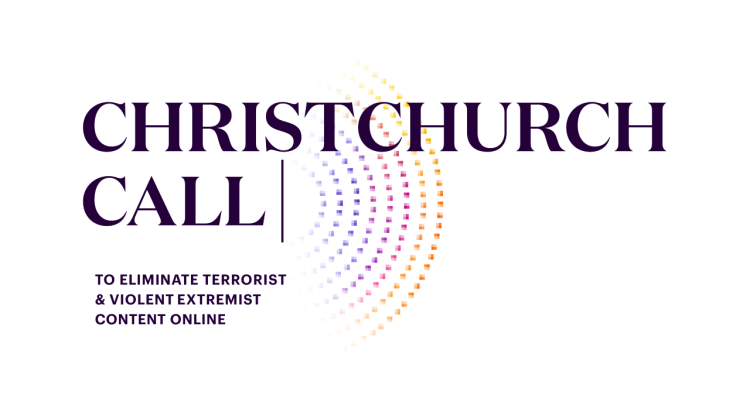 On 20th September 2022, Leaders of the Christchurch Call Community including Heads of State and Government, the Technology Industry, Civil Society, and Partners of the Call participated in the third Leaders’ Summit in New York. The Summit provided an innovative approach to multilateral dialogue. The round table, unscripted, format, embedded the multi-stakeholder approach, acknowledging the importance of all members of the Call community. We are writing as the current co-chairs of the Christchurch Call Advisory Network, to share a civil society perspective on the Summit.

The Christchurch Call to Action

The Christchurch Call is an initiative launched by the leaders of Aotearoa New Zealand and France, which emerged following the horrific terrorist attacks in Christchurch, New Zealand on March 15, 2019. It is a series of commitments by governments and online service providers “to address the issue of terrorist and violent extremist content online and to prevent the abuse of the internet as occurred in and after the Christchurch attacks”.

The Christchurch Call Advisory Network (CCAN) is the civil society part of this multi-stakeholder initiative. CCAN consists of not-for-profit organisations and individuals from civil society, academia, and the technical community convened as part of the Call. CCAN members have a focus on the protection of all human rights (including a free, open, secure and interoperable internet), transparency and accountability, and reduction of online harm (for example, by tackling dehumanization). CCAN exists to provide expert advice on implementing the commitments in the Call in a manner consistent with international human rights law and a free, open, and secure internet.

Significant announcements from Leaders coming out of the Summit included: investment in an initiative designed to better understand the impact of algorithms, further funding to the GIFCT, and to Tech Against Terrorism in support of the further development of their Terrorist Content Analytics Platform (TCAP).

Whilst CCAN welcomes these initiatives, we continue to call for the inclusion of civil society voices and those from impacted communities, which are critical in design and implementation of policies that seeks to limit terrorist and violent extremist activity. We have offered to governments and online service providers the benefits of our expert advice and on-the-ground lived experience of the impacts of online harm.

Standards that preserve the free, open, global nature of the internet, and human rights

One of the important issues in countering terrorism online, as raised during the Summit, is to have basic frameworks/standards that can be applicable globally but also preserve the free, open, global nature of the Internet. There are calls for governing tech-platforms through the Internet stack. It is, however, important to at least have standards and governance structures in place – not to affect people’s access to the internet but to govern terrorist behaviours online. These governance structures and standards should also follow the Call’s commitments to protect human rights.

The Leaders also discussed the tools we use to counter terrorism online. As we move towards a more systematic and holistic approach to countering terrorism online, we should also consider not legitimizing tools used for censorship and oppression. CCAN members are deeply concerned when states block access to the Internet, or block access to content from activists, journalists and academics who critique and expose wrongs.

Similarly, unfair or uneven application of platform policies have had detrimental impact on democracy, safety and free speech. The failure of online service providers to adequately apply policies in languages other than English contributes to the spread of terrorist and violent extremist content online.

The importance of multistakeholder governance

The multistakeholder model of Internet governance allows for more inclusion of diverse perspectives and for more global and cohesive policies that are not so fragmented.

The Leaders’ summit was an exemplary effort to bring the stakeholders to the table. Civil society was treated on an equal footing with the governments and private sector. This was an important first step which should be complemented when making decisions and upholding the commitments. Including civil society in decision-making processes is key in making the Call truly multistakeholder.

Incident Response and the Proliferation of Terrorist and Violent Extremist Content

Whilst progress has been made over the past 3 years, Leaders discussed the need to “address the role of unmoderated and ‘alt-tech’ services in disseminating terrorist and violent extremist content.” Acknowledging the work already being done with smaller platforms by one of the Call’s partners, Tech Against Terrorism.

CCAN members would like to see much more civil society involvement in the work done in a crisis response to remove livestreaming video, manifestos and other content. Such involvement can help to ensure that rights are protected, and better decisions are made in a crisis situation. It is also important to assess the impact of crisis response protocols on human rights, at each stage in the lifecycle of a terrorist incident on the internet.

Automated content moderation can lead to inaccuracies and over-removal or blocking of speech online, which has resulted in the removal of evidence of war crimes and human rights atrocities from social media platforms. Moreover, there are increasing concerns that  algorithms may also amplify terrorist and violent extremist content (TVEC). The Call recognises the importance of enhancing understanding of the impact of algorithms, ‘including those which curate and recommend the content we see, and those that identify and remove violating content’.

CCAN welcomes the announcement of an initiative to carry out further research on algorithmic outcomes, that will enable privacy to be protected while assessing the impacts of algorithms. User privacy as well as protection of intellectual property have been barriers for access to the data that will allow researchers to measure negative impacts. However, research alone will not be sufficient. CCAN would also need to see how the research findings improve policy and user safety. There is also a question of what content is examined, given that there is no standardised definition of terrorism, violent extremism, or terrorist or violent extremist content.

Leaders also acknowledged the importance of addressing the drivers of terrorism and violence. CCAN members have recently carried out a project on dehumanizing speech as a form of online violence, also connected to offline violence. Research shows that there is currently a lack of policy both from governments and online service providers that adequately provides approaches to the known impacts of dehumanization on targeted groups.

CCAN welcomes the commitment to ‘increase outreach’ to communities impacted by terrorism and violent extremism to ensure diverse voices and perspectives are included when seeking to further understanding of the impact of algorithms and the ‘design and implementation of effective interventions.’

Discussion centred on the challenge of emerging technologies, and the impact in particular on young people, on ‘future proofing’ the Call. The inclusion of children and young people in the Call is crucial here, as is working to include a broader range of online service providers in the Call Community.

CCAN members have been conducting an evaluation project on a small number of governments and online service providers, to determine how well they had met some of the commitments of the Call. Initial findings from this project show a need for greater connection of policy and regulation to the Christchurch Call commitments and their implementation, clearer evidence of human rights due diligence, and clearer meaningful engagement with civil society.

The Leaders Summit provided a unique forum, embedding a multistakeholder approach to tackling these important issues. Looking ahead, CCAN commits to diversifying its membership to include more members from underrepresented regions and communities. We urge the supporter companies and states to consult with CCAN to ensure that the Call values are incorporated and that the commitments are undertaken in a manner that is consistent with the rule of law and international human rights law, and in a way that meets the needs of people and communities most impacted by TVEC.

Farzaneh Badii is the founder of Digital Medusa and co-chair of the Christchurch Call Advisory Network. On Twitter @farzanehbad.

Anjum Rahman is the Project Lead of the Inclusive Aotearoa Collective Tāhono (IACT), Vice-Chair of the Independent Advisory Committee of GIFCT, and co-chair of the Christchurch Call Advisory Network. On Twitter @kiwistargazer.

Katy Vaughan is a Lecturer in Law, member of the Cyber Threats Research Centre at Swansea University, and interim co-chair of the Christchurch Call Advisory Network. On Twitter @KatyVaughan7.