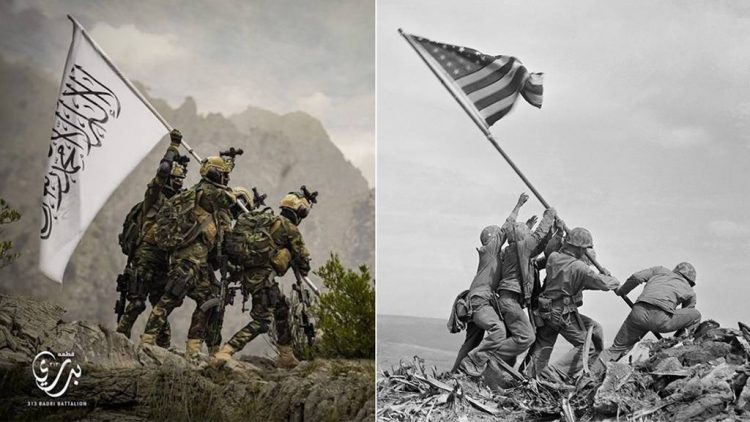 In 2011, despite concerns about the Afghan government’s capacity to secure its territory, President Obama set a timeline for the withdrawal of U.S. combat troops. Subsequently, the Trump and Biden administrations backed further efforts to reduce troops in Afghanistan. While military experts warned that the Taliban was “merely waiting” for a complete withdrawal to launch an offensive against the country, the Trump administration signed the Doha agreement, which promised full American withdrawal. President Biden then carried through on this agreement and ended America’s presence in Afghanistan at the end of August 2021; during the final days of the American withdrawal, the Afghan government collapsed and the Taliban took full control of the country.

Our research demonstrates that the sophistication of terrorist propaganda is not just a tactic used in information warfare, but a metric for understanding insurgent success. By measuring and monitoring the quality of the Taliban’s propaganda videos from 2015 to 2021, a positive correlation was revealed between territory held and the quality of propaganda produced. This in turn could be used as an indicator of the strategic impact of territorial control by non-state actors.

Smartphones and other online devices have opened doors for mass communication by both benevolent and malign actors. On the latter front, insurgent groups have learned how to weaponize the internet in order to disseminate self-produced digital propaganda – particularly videos – to destabilize state actors.  Previous studies (e.g., UNODC, The Use of the Internet for Terrorist Purposes; National Defense Univeristy, Recruitment and Radicalization: The Role of Social Media and New Technology) demonstrated how terrorist organizations utilize video propaganda to increase recruitment, promote a narrative, or propagate fear; however, the ability to analyze the quality of terrorist propaganda as a metric indicative of the territorial strength of a particular group remains limited.

Previous research by Dauber and Robinson evaluated so-called Islamic State (IS) video propaganda before and after coalition bombing campaigns. They graded the technical elements of production utilizing a proprietary grid (see original grid in Dauber and Robinson). The goal was to evaluate the video propaganda before and after coalition bombing campaigns. The campaigns were represented experimentally as “kinetic pressure,” or as the level of military force being applied on IS. The researchers found that after an increase in bombings against the group, the quality of IS propaganda “declined precipitously.” The decline in quality correlated with terrorist media producers being pushed out of their territory as IS lost its territorial advantage and collapsed in specific areas. This was likely due to the military pressure inflicted upon the group, and a loss of key media personnel and equipment, or time and space within which to operate.

The current research analyzing the Taliban’s propaganda sought to invert and expand Dauber and Robinson’s methodology. 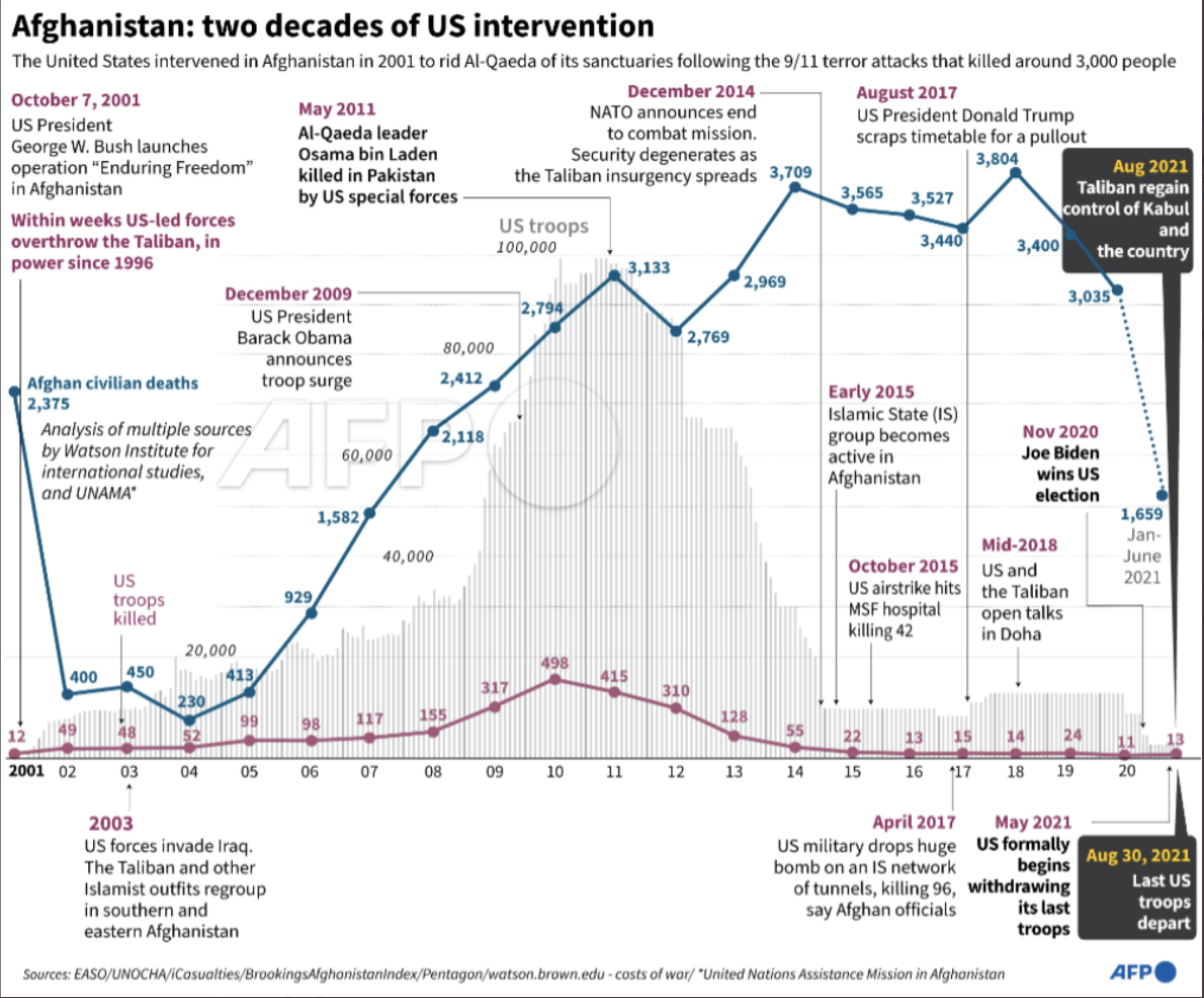 Our study examined over 150 videos and assessed roughly 35 Taliban propaganda videos produced prior to the American withdrawal using Dauber and Robinson’s original method (the “UNC matrix”). Rather than looking at kinetic pressure from a bombing campaign, we wanted to understand the relationship between propaganda quality and the reduction of American military presence, which we refer to as “kinetic relief.” Our dataset runs from 2015 (baseline) to the Fall of 2021 (the seizure of Afghanistan), using the UNC matrix to evaluate the videos and analyze the results (see Figure 1 below). Key events and inflection points were determined based on three key parameters: 1) diplomatic pressure on the government of Afghanistan (or lack thereof); 2) advances in the information environment in Afghanistan; and 3) changes in military pressure across the battlespace. Separating videos into “buckets” of critical periods of time ensured that the videos could be analyzed only against other videos produced using similar technology under similar constraints. 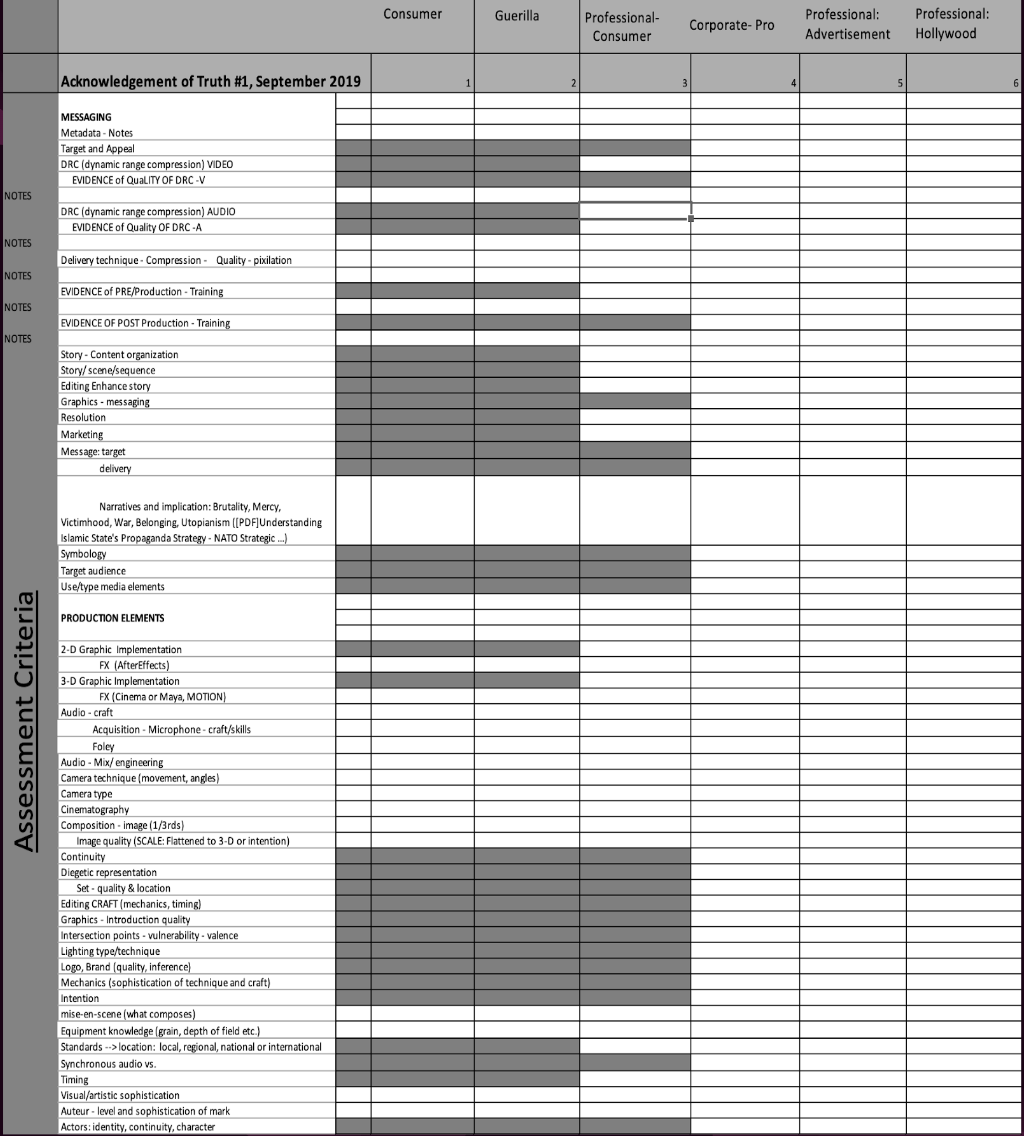 Figure 2. “Acknowledgement of Truth #1,” September 26, 2019
This video was posted by the Islamic Emirate of Afghanistan, shortly after peace talks with the US were called off; after the Taliban attack in Kabul that killed a US service member. This video revealed an unusual development in 3D opening graphics and clear camera quality/control for the Taliban.

Throughout the U.S. withdrawal, Taliban propaganda increased substantially in quality. While the Taliban’s production infrastructure experienced significant improvement and systematization, the content itself revealed critical ebbs and flows in the insurgency’s organization and mobilization efforts.

Evidence of ebbing, or receding, can be seen through dead periods of propaganda output, pointing to successful airstrikes by the U.S. likely taking out critical members of the production infrastructure (or infrastructure itself), thus leading to a lack of uniformity in quality and aesthetic. Once the period of ebbing ended, there was also evidence that some of the critical elements of the propaganda process – such as specific videographers, editors, graphic designers, but also cameras and other technological tools – had been lost during the dead periods, caused by possible airstrikes or other forms of disruption. Ebbing can also be identified through high-quality videos that recycled images and footage indicative of the Taliban going underground for periods of time and relying on old material. These videos and images are often compiled into rapid-fire images, presumably in an effort to disguise the fact that the Taliban lacked new content.

Evidence of flowing, or progressing, are obvious as well, through high-quality imaging and continuity across a series of propaganda videos (e.g., synchronized story arcs, new content, territory, and weapons). In other words, there are clear signs of improvements in technological capabilities as well as communications tactics; videos produced after Taliban territorial gains grew more consistent as peace talks with the U.S. were ramping up in 2020. The narratives pushed focused on establishing legitimacy globally and in the regions surrounding Afghanistan. As the Taliban expanded, their propaganda products became significantly more sophisticated.

This preliminary analysis reveals that as American troops withdrew from Afghanistan, there was a positive correlation between increases in the Taliban’s territorial control and the quality of Taliban propaganda output. Although our study did not prove a direct link in causality between quality and territorial gain, we did manage to reveal two key findings: 1) as American troops withdrew from Afghanistan, Taliban propaganda quality strengthened, and 2) there can be an inverse relationship to the findings of Dauber and Robinson’s IS study, thus strengthening the possibility of a causal relationship between kinetic activity – in this case kinetic relief rather than kinetic pressure – and propaganda quality.

Mary Bennett Doty is an analyst at More in Common, a nonpartisan research nonprofit, and a Peace, War, and Defense (PWAD) graduate from the University of North Carolina at Chapel Hill, Class of 2021.

Daniel Siegel is a 2021 corps member for Teach for America, an Americorps program that seeks to mitigate inequality in the United States K-12 Education System. He graduated from the University of North Carolina at Chapel Hill in 2021 with a degree in Peace, War, and Defense (PWAD) with an Arabic minor. @the_Siegster