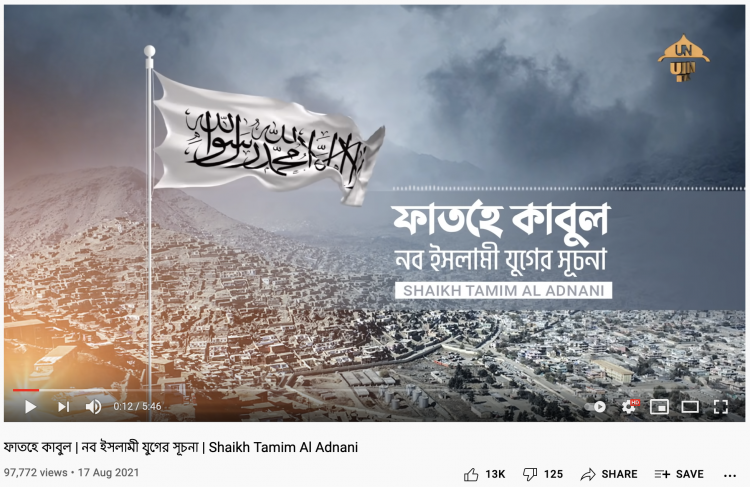 By The SecDev Group

The devastating terrorist attack in Kabul by the Islamic State-Khorasan (IS-K) and the hasty departure of the US and coalition partners from Afghanistan is generating geopolitical tremors across Central and South Asia and beyond. And while Afghanistan is geographically distant from Bangladesh, the IS-K’s expansive digital footprint and the Taliban’s return to state power after a two-decade long hiatus are generating ripple effects on the South Asian nation’s domestic security. Social media is amplifying these aftershocks with potentially destabilizing effects.

Bangladesh suffers from its fair share of extremist activity both online and off. One of the country’s first violent Islamist extremist entities, Harkat-ul-Jihad (Huji-B), was formed by Bangladeshis battle-hardened in Afghanistan during the Afghan-Soviet war during the early 1990s. Anywhere between 3,000 to 10,000 Bangladeshis were reportedly involved in fighting during this period. After returning home when the Soviets evacuated Afghanistan, many foreign fighters turned their ire toward successive Bangladeshi governments.

Like many terrorist groups then and since, Huji-B eventually splintered into several factions. This was due in part to the determined counter-terrorism efforts of Bangladeshi security and intelligence agencies. But the latest generation of Bangladeshi extremists are far more tech-savvy than their predecessors. Inspired by global terrorist groups like Al-Qaeda and Islamic State, they are determined to undermine democracy and radicalize Muslims both online and offline.

Today, SecDev research finds that Al Qaeda in the Indian Subcontinent (AQIS) dominates the Bangla online violent extremist ecosystem, both in terms of number of channels and subscriptions. Bangladeshis that previously fought alongside Al-Qaeda and the Taliban are frequently celebrated by official AQIS social media channels. Such posts started trending again after the Taliban’s capture of Kabul in August. 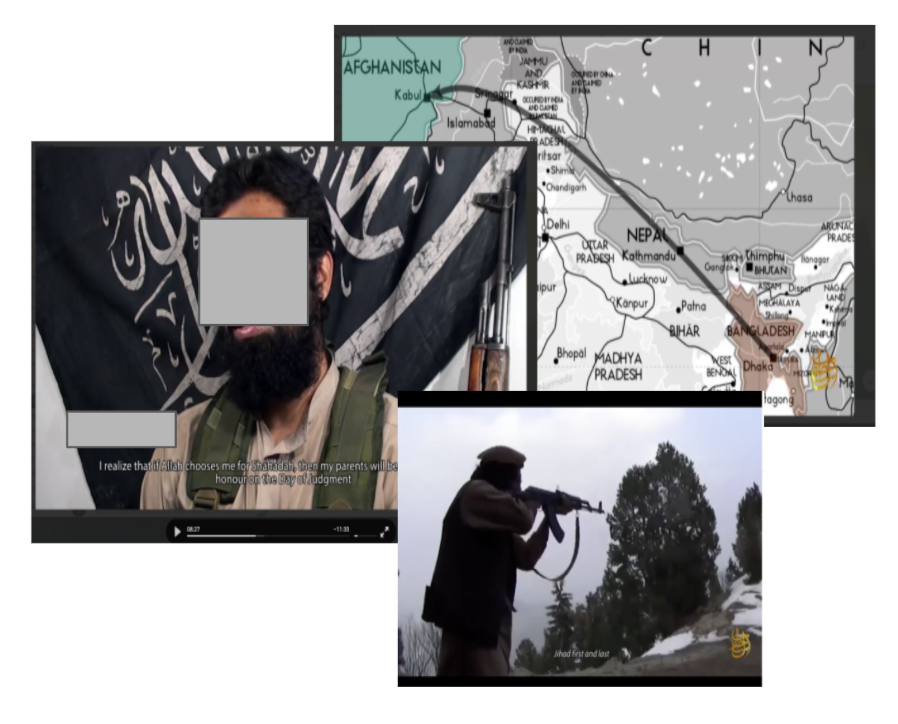 Figure 1 Screenshots from an AQIS video about Bangladeshi fighters. The post is currently trending in extremist channels on Facebook and Telegram

Bangladeshi authorities are concerned that the changed circumstances in Kabul could see Afghanistan once again becoming a training ground for Bangladeshi militants. Reports have emerged of at least four Bangladeshis making their way to Afghanistan to join the Taliban since they took back the capital. The potential inflow of veteran extremists to Bangladesh poses risks. The Taliban’s ascendance is already making waves on social media in Dhaka. It is not just official channels managed by known extremist groups that are openly celebrating the Taliban’s victory but also a large number of moderate Muslims who are joining in the what some describe as Islam’s win over the ‘infidels’. 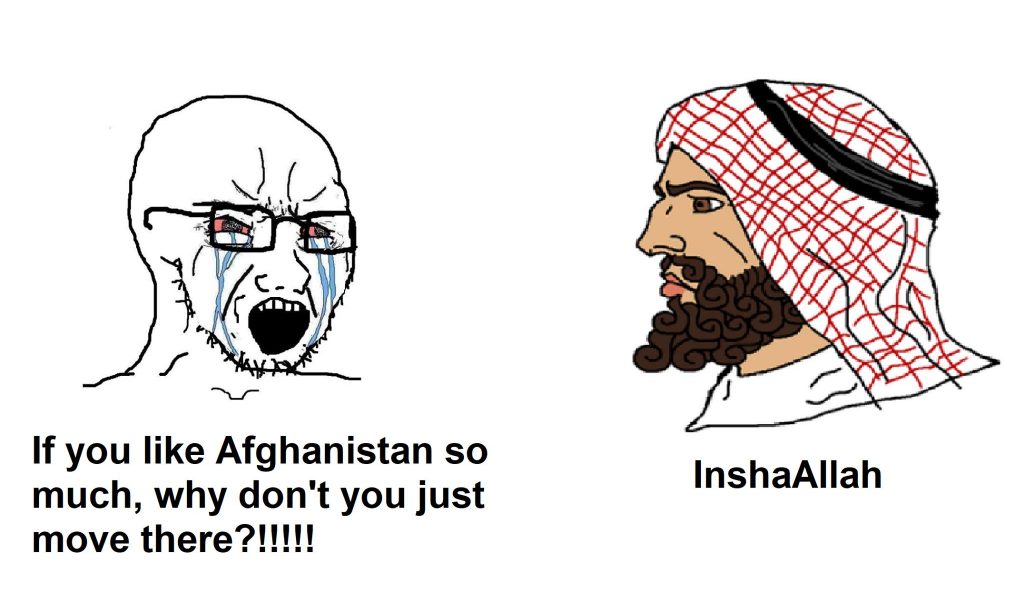 The endorsement and sharing of extreme views by moderate Bangladeshi Muslims did not emerge in a vacuum. It is a consequence of years of relentless propaganda pumped out by violent extremist social media channels. Multiple SecDev assessments have shown how AQIS-affiliated channels disseminate and embed radical viewpoints, including in ostensibly “moderate” posts. During the last two years, violent extremist groups have targeted democratic institutions and secular values in Bangladesh, essentially giving rise to Muslim supremacist attitudes while also closing open dialogue and civic space.

Over the past year AQIS has cast the Taliban as Muslim “freedom fighters”. This burnishes their credentials and reinforces the message that armed jihad can generate results. In February 2020, for example, posts on AQIS-supporting social media channels hailed the erstwhile US-Taliban peace treaty as a triumph over the West and the first step toward creating an Islamic state in Afghanistan. At the time, IS-affiliated posts denounced the peace process, claiming that Al-Qaeda and the Taliban had sold-out to the West and were not “true” Islamists.

The Taliban has long served as a rallying call for like-minded extremist groups. AQIS is a committed backer of the Taliban and urged its followers to support them. Not surprisingly, Al Qaeda described the US-Taliban peace treaty in March 2020 as a victory for jihadists. It published a 4-page Bangla pamphlet designed to rally AQIS and Taliban supporters in Bangladesh. In the wake of the US exit in August 2021, a similar statement was published by Al Qaeda congratulating the Taliban. No surprise, then, that the Taliban’s taking of Kabul has added fresh zeal to the extremist cause across Bangladesh.

SecDev detected a spike in Bangla social media chatter in late August and early September 2021 urging Muslims to travel to Afghanistan and to carry out attacks in Bangladesh proper. These messages should be treated with caution. To be sure, most online calls for violence seldom translate into offline action. Many of these appeals are also coming from enthusiastic sympathizers rather than official channels of extremist groups. At the time of this writing, however, there does not appear to be an imminent threat of violence, at least not from AQIS-affiliated groups.

Nevertheless, several AQIS influencers are celebrating the Taliban victory and urging Muslims to steel themselves for a prolonged jihad across Central and South Asia. They are calling on supporters to take the fight beyond Bangladesh’s borders. Violent extremists are convinced that a large popular support base was a crucial determinant in the Taliban’s victory hence their determination to radicalize Muslims across Bangladesh. Some analysts are concerned that IS-affiliated groups might attempt copy-cat activities in Bangladeshi cities, taking a page from IS-K’s book. Monitoring online social media activity is more important than ever to identify signals that could translate into real instability. 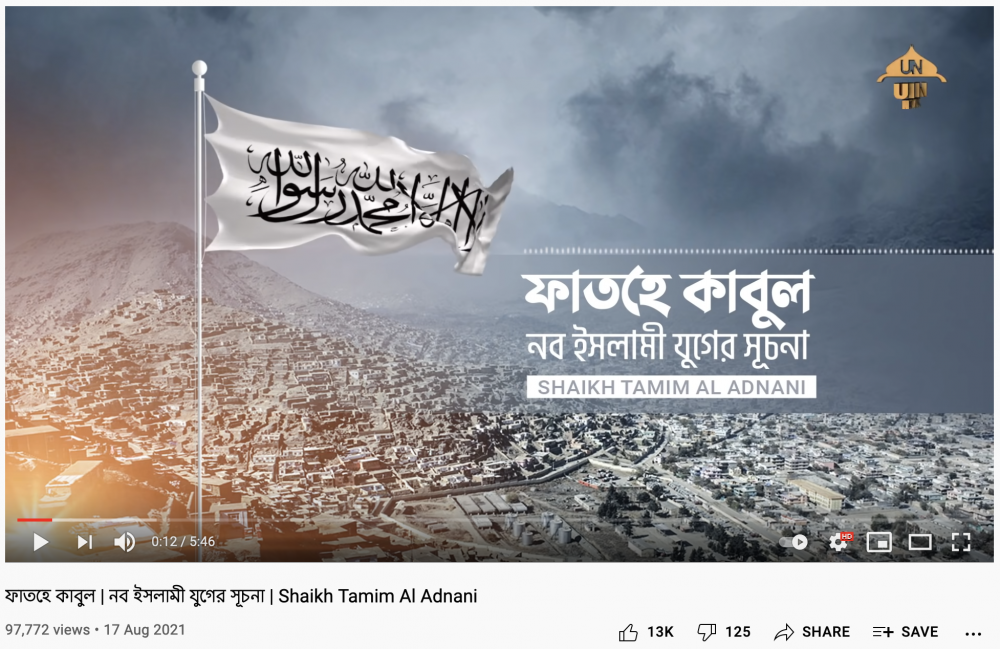 Figure 3. Tamim Al Adnani, the key AQIS influencer in Bangladesh, refers to the Taliban victory as the dawn of a new Islamic era and urges Bangladeshis to strengthen Dawah (recruitment) and Idad (preparation for armed jihad). He also urges expansion of fighting into the Indian subcontinent.

This article was originally published as a SecDev Flashnote, republished here with permission. Sign up for Flashnotes HERE. SecDev is an agile research and innovation firm helping clients navigate digital-geopolitical, geospatial and geodigital risk. On Twitter @SecDev.