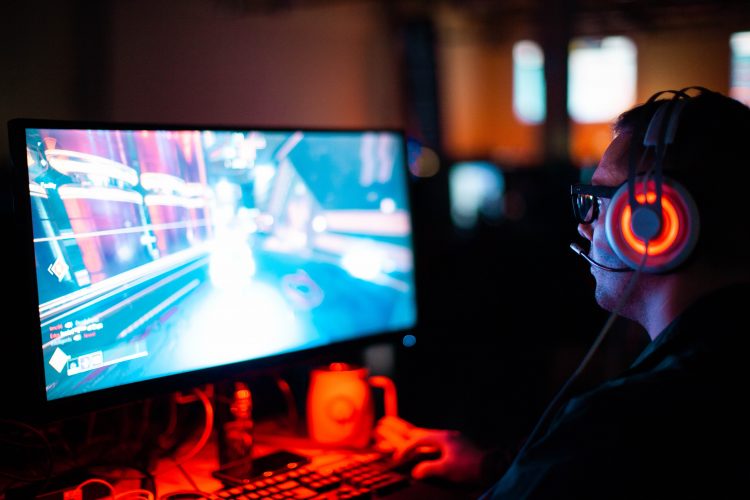 By Ross Frenett and Joost S

Video games have been stigmatised for many years, linked to many social ills including loneliness and terrorism. Not only is this often based on misguided prejudices and a misunderstanding of the gaming community in 2021, but this view risks robbing practitioners of one of the most exciting emerging methodologies in violence prevention: eSports to counter extremism.

Gaming culture often has systemic problems with race and gender. It is vital that these are tackled, however these imperfections do not define the gaming community. The view of gamers as socially isolated young men sitting in their parents’ basement is out of date. There are more than 2.5 billion gamers globally, almost 50% of gamers are women and the average European gamer is over 30.

Organised attempts to scapegoat some games for mass violence began over two decades ago in the aftermath of the Columbine massacre – the killers played games such as Doom. The NRA and other pro-gun groups attempted to direct public anger towards games and rock music to distract from the issue of gun control. This tactic of whipping up moral panic about the gaming community has continued ever since. Despite some well-funded attempts to problematise gaming, the American Psychological Association has stated that ‘attributing violence to video gaming is not scientifically sound and draws attention away from other factors, such as a history of violence, which we know from the research is a major predictor of future violence.’

As gaming and eSports (competitive gaming with spectators) have matured, a multitude of platforms have emerged to facilitate discussion, the sale and streaming of games. These platforms, the most well-known of which include Discord, Twitch and Steam, have now developed to a point where they can better be thought of as standalone social networks and e-commerce platforms. With the exponential increase in regular gamers and the corresponding rise in the number and complexity of platforms, it is unsurprising that these platforms have been abused by extremists. The perpetrator of the 2011 ‎Utøya‎ massacre was a gamer, the terrorist who carried out the Halle attacks streamed his crimes on Twitch, and there have been many high-profile references to gaming culture by far-right and Salafi-Jihadi extremists.

A recent meeting of the RAN Communication and Narratives Working Group found that there are six unique ways in which gaming has intersected with extremism: The production of bespoke games, modifying existing games, in-game chat, gaming adjacent social networks, gaming cultural references and gamification. Each of these is distinctive, but many were found to have occurred rarely and had relatively little long term impact on extremist recruitment patterns, despite press attention. With significant proportions of the population enjoying eSports on a regular basis, it would be unusual if large proportions of terrorists and extremists were not gamers.

As ever, when studying extremism, mistaking correlation for causation is dangerous and counterproductive. In 2019, the RAN Youth, Families and Communities Working Group found that offline sports ‘can contribute substantially to the prevention of radicalisation.’ The same is true of eSports.

The prevention of radicalisation

Like offline sports, video games offer participants the opportunity to find unity in a common passion, and to transcend physical, cultural, and linguistic barriers. eSports require high degrees of teamwork and communication; players need one another to accomplish missions or finish tasks. A 2019 survey found that 90% of gamers had experienced ‘some form of positive social interaction while playing online multiplayer games including making friends or helping other players.’ In times of severe isolation, as experienced during the COVID-19 crisis, having an online community can reduce loneliness. A 2020 report on video gaming in lockdown found that 30% of players say gaming helped them to feel happier and less anxious.

Practitioners hoping to use eSports as a tool to counter violent extremism need to go beyond tolerating video games and embrace the potential of this wildly popular medium. How to do this? Imagine eSports as offline sports and design programs to match. Arrange tournaments as diversionary activities, entice at-risk individuals to join specially trained eSports teams, and arrange intercommunity leagues. Embracing eSports will not only encourage practitioners to add much needed depth to their existing work, but will allow them to reach at risk users who never would have engaged with traditional offline sporting initiatives. It is time for frontline practitioners to pick up a controller.

This article is republished with permission from the April 2021 edition of Spotlight magazine, ‘Digital Challenges‘. Spotlight is a publication from the European Commission’s Radicalisation Awareness Network for RAN’s network of practitioners. On Twitter @RANEurope. Image credit: Unsplash.