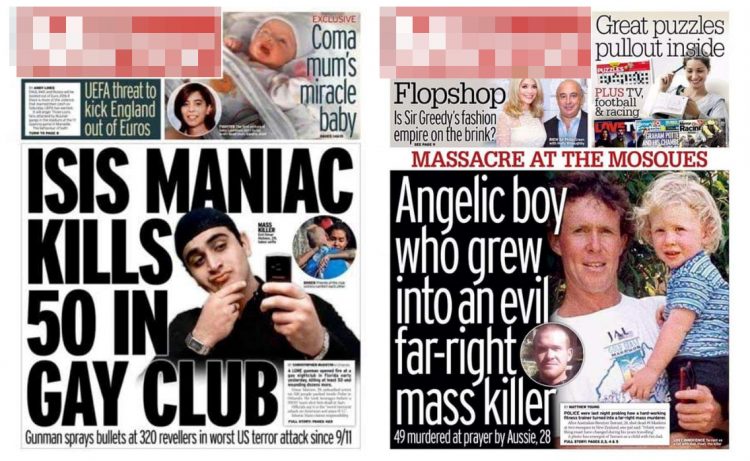 In the aftermath of the Christchurch attack, attention has been drawn to the role of mass media in the aftermath of such attacks, including by the UK’s most senior counter-terrorism police officer, Neil Basu. Last week’s Blog post also addressed responsible reporting, as does Virginie Andre’s report Understanding the Impact of Terrorist Event Reporting on Countering Violent Extremism emanating from the 2018 London workshop she hosted. This week’s Blog adds to these discussions. (Ed.)

The terror attack on 15 March in New Zealand was an attack on humanity. It was an attack on all of us. These individuals committing such horrific crimes must not be given the notoriety they so desperately seek.

The Global Coalition against Daesh has repeatedly seen how terrorists choose their tactics to maximise media coverage. The attack in New Zealand was no different. The perpetrator was clear that the methods used were chosen specifically to garner media coverage. Social media outlets allowed the terrorist to reach a huge audience by live streaming the attack. Facebook says that it removed around 1.5 million videos of the attack globally in the first 24 hours. But one has to question how this kind of content was even allowed to be published on such platforms in the first place?

The continual shirking of social media companies to accept responsibility for the inappropriate content on their platforms cannot continue. As Jacinda Ardern, the New Zealand PM, said: “They are the publisher, not just the postman. There cannot be a case of all profit, no responsibility.”

Not only were social media outlets to blame but certain media outlets also played an unhelpful role. Various media outlets around the world streamed the horrific footage of people being murdered. This begs the question, are media outlets doing the terrorists’ job for them? Why do editorial codes of practice not prohibit sharing such violence inciting and traumatising content?

In the years we have spent in the Global Coalition fighting Daesh, we have seen the harm that media reporting can cause. We know that 75% of attackers access propaganda before carrying out an attack. Evidence demonstrates that there is a link between a person first seeing extremist material in the media and then searching online for more information.

Pro-Daesh accounts regularly monitor the performance of their propaganda products, with international media reporting viewed as an indicator of success and a source of satisfaction.

This is why I urge media organisations to develop clear guidelines and avoid publishing footage of attacks and any other form of terrorist instructional propaganda.

I commend Jacinda Ardern’s choice not to name the perpetrator. This accords the families of those affected by the attack the respect they so rightly deserve, as they do not have to be subjected to the usual inadvertent glorification of terrorists that frequently occurs in the wake of such attacks. Nowhere would you see murderers being interviewed by the media and yet in the case of terrorism, media outlets frequently think that it is acceptable to give inches of newspaper columns over to these criminals. Allowing them to explain their heinous crimes and causing yet more distress for the families of those affected.

We all have a role in limiting the terrorist’s ability to cause panic and fear. If we take away their oxygen then we hamper their impact. We also remove their power to cause division and we stand united by our humanity in the face of those who try to divide us and try to provoke violence.

Nancy Jamal is the Official Coalition Representative to the Global Coalition against Daesh. A Coalition of 79 international partners united in the common goal of defeating Daesh. You can follow her on Twitter @repcoalition