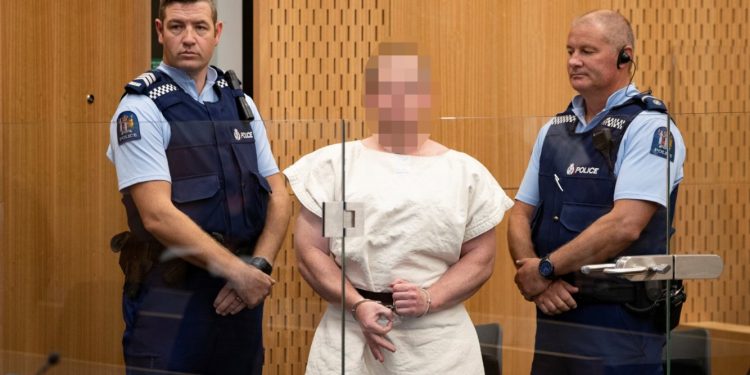 The Christchurch terror attack conducted by Brenton Tarrant highlights the urgent need to break the destructive synergy between media reporting and terrorist messaging. Tarrant planned a careful media strategy. He exploited social media, like many al-Qaeda and ISIS-inspired terrorists before him, live-streaming his attack and uploading a manifesto in the expectation that these digital products would be circulated widely by mainstream media, amplifying his efforts to instil fear and inspire like-minded individuals.

Despite the request of NZ Police and others, the video of the live shooting went viral on social media and was shared by mainstream media outlets around the world, including in Australia. Tarrant wrote in his manifesto that he used firearms instead of explosives or other weapons to obtain ‘extra media coverage’. He also wrote that he hoped to survive the attacks ‘to further spread ideals by media coverage’. He showed sophistication in his understanding of how media work, including following his arrest, when he used hand gestures to maintain media attention and communicate with his audience.

Amongst other things, the hunger for publicity can reflect a narcissistic personality. This is the case with many mass murderers and lone wolf terrorists such as the terrorist Anders Breivik, who killed 77 people, 69 of them teenagers, in Norway in 2011, and Andreas Lubitz, the Germanwings pilot who killed 149 people in 2017. Tarrant’s narcissism is signalled by the tone of his manifesto, which includes a mock interview in which he poses questions to himself as if he were being interviewed, then provides answers detailing his worldview, his life history and ideology.

Yet this search for publicity is also, importantly, instrumental to Tarrant’s terrorist intent. Terrorism is a form of communication that needs media to instil fear among larger audience, to trigger retaliation, to escalate violence, and to inspire potential copycats and supporters.

Tarrant himself is a copycat: he wrote on his assault rifle the names of other anti-Islam right-wing extremist terrorists like Anton Ludic Petterson, a student who killed two migrant children in Sweden, and Alexandre Bisonnette, who attacked a Mosque in Quebec City, Canada, shooting dead 6 people in January 2017. In his manifesto, he refers to reading the writings of terrorists such as Dylan Roof, who shot dead 9 African Americans in Charleston in 2015, and, as previously mentioned, Anders Breivik.

We have known since the 1970s that sensationalist media reporting of critical events can inspire copycats. Sociologist David Phillips coined the term Werther effect to describe the increase in numbers of suicides when the media coverage of suicide is emotional and sensationalist. The term was taken from Goethe’s 18th century novel The Sorrows of Young Werther, which is said to have inspired numerous copycat suicides. Sensationalist and emotional coverage of suicides is likely to drive emulation among those who are experiencing suicidal thoughts. For this reason, professional associations of journalists and other stakeholders proposed guidelines, now adhered to by many media organisations, for reporting about suicide and mass shootings.

What can be done to minimize the destructive power of terrorism without infringing on freedom of speech and without limiting the audience’s rights to be informed?  One solution would be the adoption of a new media ethics protocol for both journalists and public commentators on social media, combined with better education and awareness for private social media users. Social media users should think twice before viewing and sharing content such as the livestream of the Christchurch terrorist attack. Tech companies such as Facebook, Twitter and Google should become more efficient in taking down content shared by terrorists. Journalists and media organisations should provide proportionate and balanced coverage of terrorism, as already suggested by others.

The issue of what constitutes ‘proportionate coverage’ is complicated because the concept of proportionality is arbitrary. For example, Margaret Thatcher’s attempt to enforce a media blackout of IRA terrorist attacks to deny the IRA’s propaganda arm the oxygen of publicity could, I would argue, compromise public interest reporting in ways that could potentially undermine democratic freedoms. Nevertheless, terrorism is clearly over-reported in Western media, and the tendency to repeat over and over the same image of terrified people and victims plays into the hands of the terrorists, and provokes adverse psychological reactions in the public. The decision of French media outlets such as Le Monde and La Croix to stop publishing photos and names of terrorists to avoid posthumous glorification suggests a starting point for a discussion about the concept of proportionate reporting. Even though journalism schools have discussed at length the problems and good practices in reporting on terrorism, there are no shared and clear guidelines of terrorism reporting.

To conclude, I believe that cases such as Tarrant’s attack in Christchurch represent an opportunity to start a public discussion about how to report and share content about terrorism on mainstream and social media, as media outlets such as the ABC did yesterday. Clearly, adhering to ethical guidelines that emerge from this discussion might require some self-imposed limitations. However, this is not necessarily unreasonable.  Just as the freedom of scientists to conduct experiments is limited because they are required to take into consideration the harm that the research might cause to participants, so too ethical guidelines in journalism should not be seen as an attack on freedom. They instead reflect an understanding of the power of media and the duty of care this involves, and they demonstrate that the ultimate role of media is to provide a service to the community by limiting where possible the damage of terrorism that seeks to exploit the media in furthering its aims.

Dr Matteo Vergani is a Senior Research Fellow and AVERT Research Network Member of Alfred Deakin Institute, Deakin University. You can follow him on Twitter: @teoverga