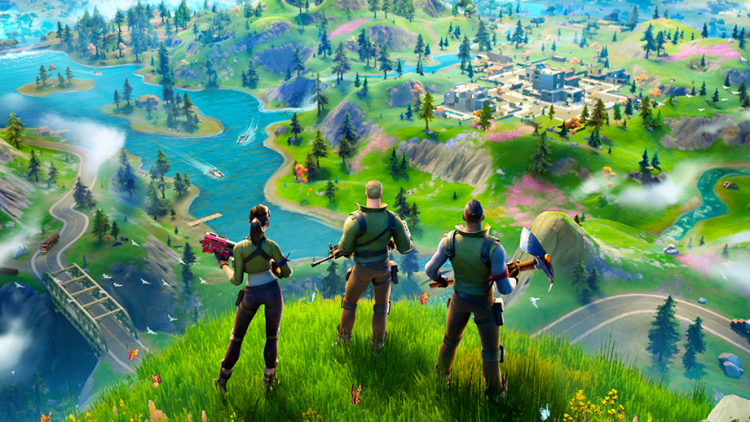 The ‘gamification of terror’ has received increased attention in the last years, especially in the aftermath of the right-wing extremist attacks in Christchurch, El Paso and Halle, which were livestreamed by the perpetrators akin to ‘Let’s Play’ streams found in the gaming scene. Previously, ISIS had made headlines, because it used not only scenes from the video game Call of Duty, but from footage collected through HD-cameras attached to helmets of fighters, recreating the visual imagery and perspective experienced by players in first-person shooter (FPS) games. In addition, concern has been growing about gamified applications such as the educational app Huroof developed by ISIS or the planned (but never launched) app Patriot Peer by the Identitarian Movement. Considering both jihadist and right-wing extremist groups seem to be increasingly experimenting with the social practice of ‘play’, gamification is a growing concern for the research community.

Although ‘playing’ may occur offline, gamification connected to radicalisation processes is mostly a feature of the digital sphere and related to the discourse on computer-mediated radicalisation. There are two main types of ‘play’ potentially influencing radicalisation processes: a) gamification, that is “the use of game design elements within non-game contexts”, which encompasses, for example, keeping scoreboards for body counts on 8chan, livestreaming attacks mirroring ‘let’s play’ videos, the creation of apps like Patriot Peer with points, leaderboards and badges, ‘radicalisation meters’ to measure ‘progress’, or completing ‘quests’ such as attending certain events in order to gain recognition or points; and b) the development and use of actual video games, such as the Daily Stormer’s modification of Doom 2, Hezbollah’s various FPS games, or other video games with extremist content. Both games and gamified applications could facilitate online-radicalisation processes.

Gamification may take place in a bottom-up or top-down manner; driven by radicalised individuals, such as the livestreaming of attacks, or by extremist organisations incorporating gamified elements into their communication tools and strategies. Here I focus on the latter. There are at least three ways in which top-down gamification could facilitate radicalisation: by providing gratification of psychological needs, by gamifying the teaching of ideology, and by adding friendly competition.

According to self-determination theory, gamified applications can afford users feelings of competency, autonomy and social relatedness. For instance, points and leaderboards provide measurable and visible indicators of success and clear goals for progress, instilling feelings of competency in users. Feeling good when using a gamified application increases the likelihood of sustained usage, which may potentially increase engagement with and normalisation of extremist material. Because its ‘fun’ users may display less reactance and suspicion to gamified content.

In relation to music, Pieslak found that ideology dressed up in “fashionable clothes” is more attractive and more effective. The same might be said for gamification. As technological advances afford a wealth of opportunities to merge educational and entertainment goals, gamified teaching tools may be preferable to dry modes of instruction.

Points, badges, leaderboards and other gamified elements afford users the opportunity to compare themselves to others and provide a sense of achievement. Competitive and ambitious users can be drawn in more deeply and become more engaged as they seek to improve their ranking and gain a higher status in their peer group.

Video games also have the potential to support radicalisation processes by, for instance, making propaganda ‘cool’ through a pop-culture appeal, by immersing players in a retropian experience, by encouraging moral disengagement, and by increasing self-efficacy. Here, the focus is on the latter two.

Moral reasoning is selectively activated and can be deactivated through a variety of psychological mechanisms such as distorting the effects of violence, dehumanisation of the enemy, and euphemistic labeling. Many video games make use of these mechanisms, which can lead to a habituation or desensitisation to violence and has been shown to reduce empathy. Prolonged exposure to FPS games may potentially function as ‘practicing’ moral disengagement, possibly lowering repulsion against (violent) extremist content that requires moral disengagement to be accepted or even celebrated. Additionally, games are increasingly realistic, interactive and offer the opportunity to personalise avatars. Research indicates this could strengthen identification processes with the actions of the avatar and lead to an increase in aggression.

The identification processes with avatars may result in “a temporal shift of players’ self-perception” making them feel like their avatar. This could result in an increase in perceived self-efficacy. While playing, users are rehearsing aggressive cognitive scripts. These can provide the mental simulation and rehearsal needed to enhance self-efficacy beliefs in areas the user cannot rely on previous experiences to judge his/her abilities. To put it bluntly, just like consuming propaganda that shows highly similar peers successfully fulfilling the roles of extremists and being rewarded for it has been connected to the role of self-efficacy in radicalisation processes, video games with extremist content might increase players’ susceptibility to similar content and, potentially, the confidence in their ability to be capable of similar actions.

Human behavior is so “richly contextualized and conditionally expressed” that it is impossible to conclude that games or gamification by themselves facilitate radicalisation. However, the proliferation of references to and usage of gaming culture in extremist propaganda and attacks, points to gamification as an important theme for the future of extremism studies. The mechanisms by which it influences radicalisation require further research, but evidence transferred from other fields suggests that gamification might be one puzzle piece supporting computer-mediated radicalisation processes.

This blog post is a summary of the research article Jumanji Extremism? How Games and Gamification Could Facilitate Radicalization Processes published in the Journal for Deradicalization on June 26, 2020.

Linda Schlegel holds and MA in Terrorism, Security and Society from King’s College London and is an associate fellow at modus | Zentrum für angewandte Deradikalisierungsforschung; @LiSchlegel.