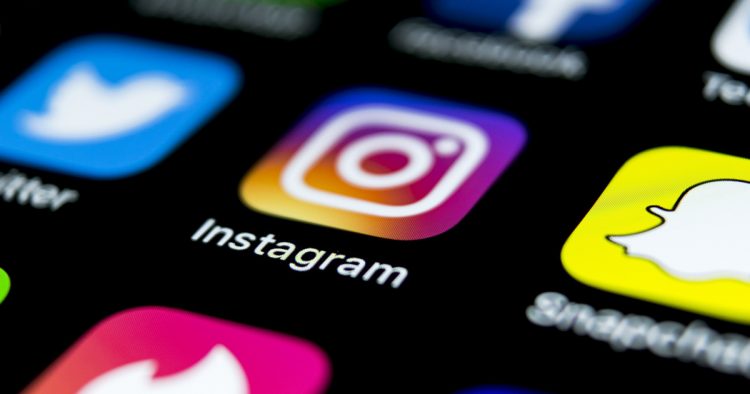 This article is the second of a three-part series. Part one is HERE and part three is HERE. [Ed.]

By Anne Speckhard and Molly Ellenberg

Research on Instagram in Regard to Terrorist Propagandizing and Recruitment Strategies

Most research on the impact of Instagram focuses on the different communities that exist on Instagram. While some communities, such as those promoting body positivity among young women, bond users together through prosocial means, other communities allow users to unite in promotion of maladaptive behaviors such as self-harm and excessive reassurance-seeking. Because terrorist recruitment online involves aspects of marketing as well as promotion of maladaptive behavior, some studies of Instagram can be applied to its utility for terrorist recruitment and opportunities for preventing and countering radicalization. For instance, a 2016 study of Dutch teenagers and young adults found that while young people were more likely to express negative emotion on Facebook and Twitter, they were more likely to express positive emotion on Instagram. However, they were most likely to express any emotion, positive or negative, on WhatsApp, likely due to its double-ended encryption that makes users feel that their expressions are more private and secure. The authors of the study concluded that users felt stronger ties to Facebook friends (a reciprocal relationship) than to Instagram followers (a non-reciprocal relationship), thus enabling them to disclose more private negative emotions. These results suggest that Instagram may be an effective platform to attract the initial attention of targets for counter radicalization, but they should be then redirected to a platform that allows for more freedom to express negative emotions and the potential to build a more personal relationship. Whether or not ISIS has learned this yet is unknown, but the results nevertheless provide lessons for counter narrative campaigning and suggest that attracting attention on Instagram may be possible, but moving the viewer to a platform where more intimate relations and fears, doubts, and needs can be expressed and hopefully answered in a way that redirects the user away from violent extremism would be beneficial.

Pittman and Reich (2016) posited that because Instagram is an image-based platform, it is better equipped to reduce loneliness among adolescents and young adults than text-based platforms like Twitter. The study noted that Instagram posts with faces (i.e., selfies or photos of groups of friends) were 38 percent more likely to be “liked” and 32 percent more likely to receive a comment than other types of photos, such as those of food or landscapes. Thus, decreased loneliness related to Instagram use may similarly confer the sense of belonging and significance, such as the idea that one is worthy of being noticed, that is often an integral part of terrorist recruitment, even if use of the platform does not allow for the development of emotionally intimate individual relationships. The latter can be developed by instructing those whose attention has been captured and who begin to feel a sense of being noticed and belonging to migrate to other more intimate platforms and apps.

Instagram’s utility for organizations, rather than individuals, has also been examined. In ICSVE’s preliminary counter narrative campaigns on Instagram the account running the counter narrative ads, @TheRealJihad_Official, is a business account and is not made to look like an individual user. Thus, it is important to understand how businesses and organizations in general are able to engage followers on Instagram. One study in Finland found that users were most likely to engage with brands on Instagram when the brands’ content was personal and emotionally evocative. The same has been found in studies of ISIS’s online recruitment as well as studies of counter narratives. Among Kuwaiti banks, Instagram has been found to be most effective in image building and communication, rather than establishing relationships, and that banks are able to gain the trust of their followers by invoking religious themes. Although the Instagram ads discussed in the present study were not run in the Middle East, many were targeted toward Arabic speakers. It is therefore critical to understand the cultural aspects of engaging with organizations on Instagram, namely, the suggestion of the Kuwaiti study that Arabs are less prone to interact directly with an organization on Instagram and are more likely to view the platform, with respect to organizations, as a one-way communication medium. Still another study of brands on Instagram found that consumers were more likely to trust brands if they perceive the brand’s benevolence and integrity, and if the brand is endorsed by “Key Opinion Leaders.”

ISIS recruiters have utilized these factors well. By stoking distrust in Western governments in the mainstream online media, they also contrast their own claimed shariah-based values and build up their own reputation for integrity. For instance, by emphasizing the atrocities of the Assad regime, they portrayed themselves as benevolent. Finally, by invoking trusted jihadi narratives, such the idea that Muslims are under attack by the West, the idea that defensive jihad is required and that jihad is obligatory for all Muslims, alongside the promotion of suicide terrorism as a type of Islamic “martyrdom,” sometimes via fatwas by Arabic scholars or sermons by Anwar al Awlaki for English speakers, they ensure their followers that they have been endorsed by trusted and credible sources. As such, a key aspect of the counter narratives presented in this article is the use of ISIS defectors, returnees, and imprisoned cadres as credible, reliable speakers who have suffered some of the same grievances as viewers and sought justice by joining ISIS, to deliver an honest, benevolent message and warnings to those thinking of following their same path to destruction.

Anne Speckhard, Ph.D., is Director of the International Center for the Study of Violent Extremism (ICSVE) and serves as an Adjunct Associate Professor of Psychiatry at Georgetown University School of Medicine. Follow @AnneSpeckhard

Molly Ellenberg, M.A. is a research fellow at ICSVE. She holds an M.A. in Forensic Psychology from The George Washington University and a B.S. in Psychology with a Specialization in Clinical Psychology from UC San Diego.

This article was originally published in full on Homeland Security Today.