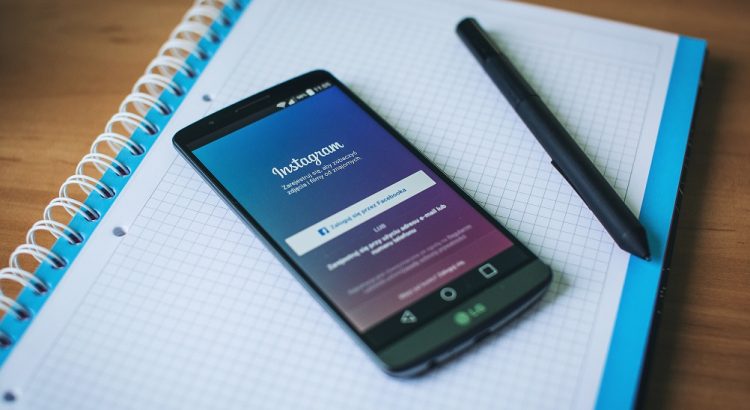 This article is the third of a three-part series. Part one is HERE and part two is HERE. [Ed.]

By Anne Speckhard and Molly Ellenberg

ICSVE has over the past two years, in partnership with Facebook, run over 125 campaigns in countries and languages all over the globe with good success in reaching the target audience and engaging them with the Breaking the ISIS Brand Counter Narrative videos. It is only recently that ICSVE started counter narrative campaigns on Instagram. While the full-scale ICSVE study of running counter narratives on Instagram has been submitted to a scientific journal, some brief results can be relayed here.

Given that we are easily finding outward expressions of support for ISIS, it was not difficult to identify a target population for the ICSVE counter narratives and build a following of accounts that would be viewed as legitimate for people who are in the process of being radicalized toward militant jihad and thus target them with counter narratives. ICSVE researchers were able to identify potential ISIS supporters on Instagram through their bios alone, meaning that one does not have to request to follow a private account in order to determine whether that user can be considered a likely ISIS supporter. Moreover, there is evidence of a large jihadist-supporting community on Instagram, although many of its members do not openly profess to be ISIS supporters. Thus, those aiming to counter militant jihad generally would be wise not to focus solely on ISIS, lest they be dismissed by supporters of the Taliban, al Qaeda, al Shabaab, and Kashmiri militant jihadist groups who support violence but denounce ISIS.

While the counter narratives used in ICSVE’s first campaign were specifically ISIS-focused and aimed at the general population in numerous EU countries, future campaigns may be hyper-targeted at those people more vulnerable to terrorist recruitment.

Running counter narrative videos on Instagram is a slightly different process than running Facebook ad campaigns. On Instagram, users are wary of interacting with accounts that appear to not be run by engaged, active Instagram users, even if the account belongs to a business. Thus, before running the campaign, ICSVE staff set up the @TheRealJihad_Official Instagram account and attempted to amass followers by posting daily, at noon, links to articles on TheRealJihad.org, photos with quotes from ISIS insiders denouncing the group, and links to other ICSVE counter narrative videos on YouTube. The account also began following a number of accounts with jihadist content, in order to legitimize itself among the intended audience. Jihadist accounts were found by searching various hashtags such as #khilafah, #dawlah, and #tawheed. At the outset of the campaign, the account followed 75 Instagram users and had five followers. By the middle of the campaign, the account was following 104 accounts and had 60 followers, many of whom were members of the target audience, thus demonstrating the ability to ingratiate itself within the pro-ISIS community on Instagram.

Already, photos and quotes from ISIS defectors, returnees, and imprisoned cadres have been posted on The Real Jihad Instagram account daily since the account’s inception to position it as a credible account with postings of potential interest to the target audience. It should be noted that all ICSVE counter narrative videos have ambiguous names that could be considered pro-ISIS, and most have thumbnails taken from actual ISIS footage that has been used to illustrate the speaker’s story, which denounces rather than supports ISIS. These posts have sparked likes and a few comments, including one ridiculing the defector for expecting a life of luxury in ISIS instead of jihad. Another user sent a direct message to The Real Jihad, accusing the account of using a fabricated hadith, arguing against the Islamic tenet that the most important jihad is that being against one’s own whims and evils, rather than against outside enemies. ICSVE’s Islamic scholar responded by pointing out the user’s use of a straw man fallacy, explaining the correct translation and meaning. The user was not able to refute the scholar’s argument, responding simply, “Allah knows best.” Other users direct messaged the account asking for more links to the counter narrative videos, which is a positive sign of engagement among the target audience.

The counter narratives were run in Germany, France, Austria, Belgium, the Netherlands, Sweden, Greece, and Italy, all countries from which individuals had traveled to join ISIS in Iraq and Syria. All of the counter narrative videos used were one minute long and featured ISIS defectors, returnees or prisoners speaking about why they joined and what they actually experienced while in ISIS, and finally denouncing ISIS as un-Islamic, corrupt, and overly brutal at the end of the video. Each of the videos featured an ISIS member who had traveled to ISIS from the specific country in which the video was run or a nearby country (for example, the speaker in the video shown in Austria was from Germany). The speakers in the videos told their stories in different languages, but each video was subtitled in the dominant and minority languages used by Muslims in the countries in which they were run. They were run for 13 days, from May 15 to May 27, 2020.

In general, the results of ICSVE’s first campaigns were positive in terms of being able to create an account that could reach the target audience and engage them to a certain extent. However, there are concerns that need to be addressed. One is that through the comparison between this Instagram campaign and the identical campaign run on Facebook a few weeks prior, it is clear that one-minute videos do not have the same capability to retain viewers on Instagram as they do on Facebook. This may be because videos on Facebook can be up to four hours long, so users who are accustomed to seeing longer videos on their feed may not get bored as easily, or may check how much of the video is left after watching for 10 or 15 seconds and, seeing that less than a minute remains, decide to finish the video instead of scrolling past it. On Instagram, however, videos cannot be longer than one minute. Therefore, users who are accustomed to watching videos for only a few seconds may not have the patience to watch a one-minute long counter narrative video.

In order to remedy the poor viewer retention on Instagram, future campaigns will feature photos and even shorter videos, likely utilizing ICSVE’s digital posters. These posters are photos of the ISIS defectors, insiders, and imprisoned cadres featured in the counter narrative videos, alongside emotionally evocative quotes about their lives before ISIS and their experiences in the groups. These posters have gained some traction among The Real Jihad account’s regular followers and will therefore likely spark high engagement in an ad campaign.

In summary, ICSVE has been able to determine that Instagram is being used by individuals whose accounts suggest that they are ISIS supporters, and even ISIS members themselves, and that it is possible to reach and target these accounts with counter narrative campaigns. However, our first campaigns taught us that it is critical to carefully determine the best ways to expose both those who are ISIS supporters and those vulnerable to ISIS recruitment to countering arguments in a way that is engaging and emotionally evocative. Likewise it is necessary to keep in mind that Instagram is unique platform where users are more likely to expect to see extremely short videos and photos with less discussion occurring. Our continued work on the platform and future studies will keep this in mind and focus on increasing viewer retention and effectively providing counter arguments to jihadist ideology through photos and videos that are only a few seconds long. Our first campaigns were an important step toward learning if we could utilize counter narratives effectively on Instagram, which differs quite a bit from Facebook in terms of expected mediums and audience. It is clear from our research that Instagram is being used by those supporting, and even members of, ISIS as well as other militant jihadist groups and thus there is a strong need for counter narrative campaigns to be put in place to disrupt and prevent ISIS and other militant jihadist recruitment on Instagram.

Anne Speckhard, Ph.D., is Director of the International Center for the Study of Violent Extremism (ICSVE) and serves as an Adjunct Associate Professor of Psychiatry at Georgetown University School of Medicine. Follow @AnneSpeckhard

Molly Ellenberg, M.A. is a research fellow at ICSVE. She holds an M.A. in Forensic Psychology from The George Washington University and a B.S. in Psychology with a Specialization in Clinical Psychology from UC San Diego.

This article was originally published in full on Homeland Security Today.