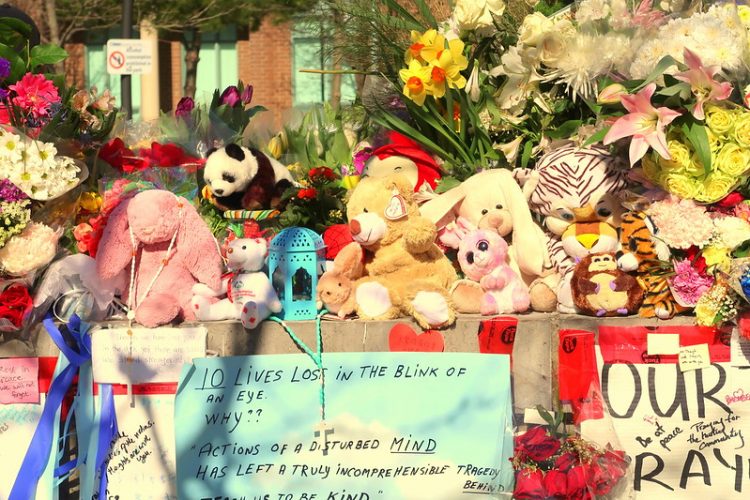 In May 2020, a 17-year-old boy in Toronto was charged with an act of terrorism in the alleged killing of a woman with a machete – the first time such a charge has been brought in a case involving “incel” ideology.

Also in May, a 20-year-old man who self-identified as an “incel” – short for “involuntary celibate” – allegedly went on a shooting spree in Arizona, targeting couples to express his anger over the fact women had rejected him.

These are just two of the most recent attacks attributed to incels. Incel-related violence has been on the rise for the past seven years, and according to our research, has been linked to the deaths of at least 53 people and scores of injuries.

Incel is the name adopted by an online community comprised almost entirely of men and boys who rage against women and blame them for their sexless lives.

While many are simply lonely and use the community for support in an age of digital isolation, some radicals advocate for social and sexual rebellion. These extremist incels seek revenge through violent attacks against people they call “Chads and Stacys”, a reference to men and women they perceive as very successful when it comes to sex.

In our new research, we argue governments should recognise incels as ideological extremist organisations and, through stronger policies and laws, start combating misogyny in the same way they fight Islamic extremism.

What do incels believe?

In our research, we reviewed incel attacks over the past seven years, looking at what the perpetrators were posting online and how they were engaging with others in the community.

We found incels are angry because they believe the sexual revolution has made women promiscuous and manipulative. They believe feminism, the contraceptive pill and women’s involvement in politics have fuelled this promiscuity.

But they believe women are choosing to have sex only with “Chads”, not incels, and feel a sense of injustice and persecution as a result.

According to the incel-run “Incel Wiki” website, these men view Chads as “the only male beneficiaries of the sexual revolution”. They hate Stacys because they are “vain and obsessed with jewellery, makeup and clothes”, and are “entitled whores”.

These misogynistic views connect incels to other alt-right, anti-women groups like Pick Up Artists and Men’s Rights Activists, which believe feminine values have come to dominate society and men must fight back against a politically correct and misandrist culture to protect their very existence.

Alt-right groups, including incels, have been emboldened by the presidency of Donald Trump in the US, and are certainly active in Australia.

They use online forums to spread their messages of hate, convincing other would-be incels they can blame their social and sexual difficulties on others. Some fantasise about committing acts of violence.

This was the case for Alek Minassian, who has admitted to driving a van onto a sidewalk in Toronto in 2018, killing 10 people. Minassian has told police he was radicalised by other incels online.

Before the van attack, Minassian posted this message on Facebook:

the Incel Rebellion has already begun! We will overthrow all the Chads and Stacys! All hail the Supreme Gentleman Elliot Rodger!

The last part of the quote refers to Elliot Rodger, who published a 141-page incel manifesto online before killing six people in a shooting and stabbing spree in California in 2014. He has since become a martyr in the incel community.

Addressing misogyny at a societal level

Incel extremism fits the definition put forth by Home Affairs for violent extremism:

the use or support of violence to achieve ideological, religious or political goals.

However, Home Affairs apparently does not view misogynistic extremism as such a pressing issue. While some states have developed “threat assessment centres” that could be used to monitor radical incels, the federal government has not provided important leadership by labelling incels or misogyny a security threat.

Understanding the threat posed by incels is difficult because it requires unpacking and critiquing the misogynistic views that underpin their behaviours. Some men misread this as an attack.

Some lessons can also be learned from strategies to counter other forms of violent extremism.

Targeting specific groups can create “suspect communities” and contribute to feelings of persecution. This, in turn, can increase the chances of people becoming violent. Incels already feel disempowered and victimised, so creating a “suspect community” could exacerbate the problem.

Our research suggests the most effective interventions should occur at a societal level.

One reason for this is the anonymous nature of the incel movement. These men tend not to admit to their beliefs in public, relying instead on comments from opinion leaders to legitimise them. If we counter these types of misogynistic statements and deem them a security threat, it could lessen their impact with individual men.

This also means not allowing the mainstream media, politicians or public commentators to excuse or justify gendered violence when it happens.

There is also plenty of evidence that tackling misogyny in this way could help reduce domestic violence, as well as all other forms of violent extremism.

Beyond this, health, education and social workers could be trained to spot at-risk behaviours in individual men and act when appropriate.

Following ideas surfaced by other researchers on countering violent extremism, we advocate taking a “public health approach” that allows us to address the feelings of isolation and alienation among incels and intervene at early stages to prevent violence from occurring.

Waiting for radicalised people to start planning attacks is too risky. Germany and Norway have had significant success changing opinions and behaviours by targeting “at-risk” individuals at earlier stages of potential radicalisation.

It is time for Home Affairs to end its preoccupation with external threats and instead address the threats within. Misogyny needs to be understood as a real threat to our public and private security.

Sian Tomkinson is a Media and Communication Scholar, University of Western Australia. Her research interests include game design, game and play theory, and toxicity in digital communities. On Twitter @SianTomkinson

Katie Attwell is a Senior Lecturer in the School of Social Sciences, University of Western Australia and an Australian Research Council Discovery Early Career Researcher Award Fellow. On Twitter @slatz_soapbox

Tauel Harper is a lecturer in Media and Communication at the University of Western Australia. On Twitter @TauelHarper

This article is republished from The Conversation under a Creative Commons license. Read the original article.