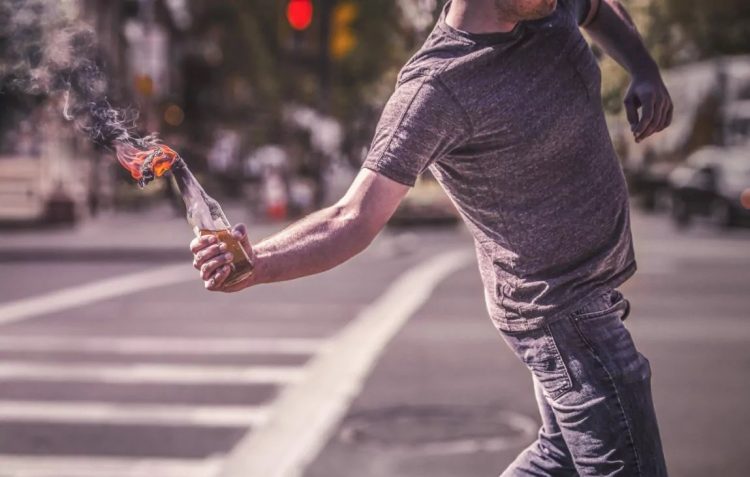 We all watched in horror as rioters inspired by fringe far-right conspiracy theories occupied the US Capitol building in January.

The societal radicalisation on full display has caused many to ask what we in Ireland can do to push back against the extremists in our midst, and avoid similar scenes engulfing Leinster House.

The fight against the violent far-right specifically, and baseless conspiracy theories more broadly, will be a long one, but there are things we can do right now that will make a significant impact on their ability to radicalise and recruit in Ireland.

We must go after the most vicious leaders, and safeguard their most vulnerable adherents.

First, the Minister for Justice must immediately use her powers under the Offences Against the State Act 1939 to ban right-wing terrorist organisations such as Combat-18, National Action and Feuerkrieg Division.

These organisations support the massacre of civilians, justify murderers, such as the man that carried out the Christchurch massacre in New Zealand. Theses organisations have already been banned in Germany, Canada and the UK.

Ireland has a particular duty to act as these organisations radicalise, recruit, and plot attacks online.

Although the digital networks on which far-right terrorist groups rely are sometimes imagined to be divorced from the physical world, they — like the rest of the internet — require real-world data centres in order to function.

Ireland is swiftly becoming a global data-centre superpower, with TikTok’s recent announcement adding to the already imposing list of companies that house their data in Ireland, including Google, Facebook, and Amazon.

Practically speaking, this means that a material amount of global data is stored and processed within the state — including data from far-right extremist groups.

As ‘Europe’s data centre capital’, Ireland has a responsibility to ensure these data centres are not abused by the violent far-right to spread hate throughout the world.

In the aftermath of the Christchurch massacre, Ireland became a signatory to the ‘Christchurch Call’ to ‘eliminate terrorist and violent extremist online content’.

Despite this, Ireland has not proscribed any far-right terrorist organisation.

The UK, Germany, Canada, and even the United States have taken steps to ban far-right terrorist groups; the Australian opposition has called for similar bans there.

Technology companies use lists of proscribed and suppressed organisations as a guide for ensuring that their services are not used to advance terrorism.

The suppression of these organisations will compel companies with data centres in Ireland to proactively remove any content linked to suppressed groups rather than responding piecemeal to individual take-down notices.

In order to safeguard our own national security, fulfill our Christchurch Call obligations and prevent far-right terrorists from organising in Ireland, the Government should swiftly suppress these organisations.

Even if their ability to recruit in Ireland is diminished, there will always be some that slip through the cracks.

This is where the second prong of our strategy must come into play.

Ireland must go beyond prescription and ensure that the pool from which these groups are able to draw is as small as possible.

Violent far-right groups thrive on despair and, much like ISIS, often seek to ‘weaponise vulnerability’, seeking out those undergoing personal crisis or with underlying mental health issues.

We have found that people seeking to join violent far-right groups are much more likely to respond positively to self-help content than the general population.

To reduce the pool from which these groups draw we must ensure that those going through a personal crisis are well supported.

There are many examples of how this can be done.

Throughout Europe, there are dozens of programmes that specialise in dealing with vulnerable people that have been manipulated by the violent far-right, such as Aggredi in Finland, or EXIT-Germany.

Here in Ireland, inspirational civil society groups such as text50808 have been pioneering groundbreaking new ways of reaching people going through a personal crisis, and have already helped thousands of Irish people dealing with depression and isolation.

Groups such as these need to be resourced effectively and connected with those trapped in the rabbit hole of far-right conspiracy theories.

Ireland should show empathy for the vulnerable people who have been groomed by the violent far right, and have zero tolerance for the ringleaders who use our state to praise and encourage murder.

The best time to start a focused effort against the far right in Ireland was yesterday. The next best time is now.

This article was originally published in the Irish Examiner, republished here with permission from the author. Image credit: Gratisography.