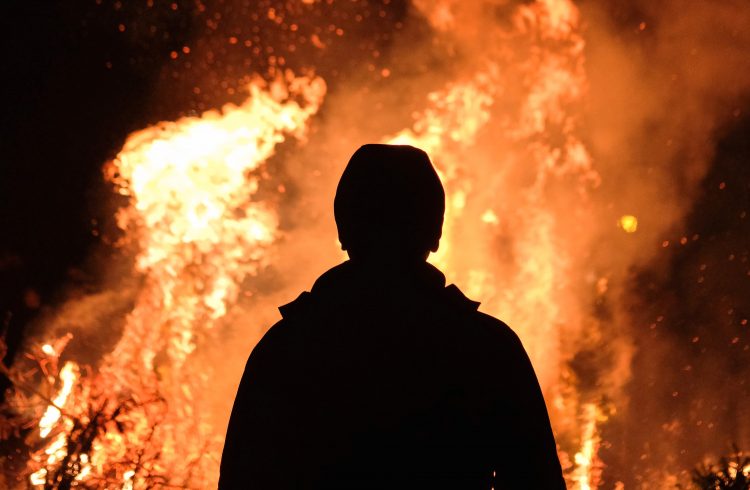 There is an ongoing need for researchers, practitioners, and policymakers to detect and assess online posting behaviors of violent extremists prior to their engagement in violence offline, but little is empirically known about their online behaviors generally or the differences in their behaviors compared to non-violent extremists who share similar ideological beliefs particularly. In this study, we drew from a unique sample of violent and non-violent right-wing extremists (RWEs) to compare their posting behaviors in the largest white supremacy web-forum, Stormfront. We used logistic regression and sensitivity analysis to explore how users’ time of entry into the lifespan of an extremist sub-forum and their cumulative posting activity predicted their violence status. We found a number of significant differences in the posting behaviors of violent and non-violent extremists which may inform future risk factor frameworks used by law enforcement and intelligence agencies to identify credible threats online.

First, we found that non-violent RWE users generally posted more than their violent counterparts. From a policy perspective, this is a noteworthy finding because it suggests that analysts who are searching for violent extremists online as well as credible threats should perhaps be less concerned about investigating high-frequency posters. This finding aligns with previous work which found that non-violent RWEs were more prolific posters than violent RWEs. Empirical research on the online behaviors of RWEs similarly found those who committed right-wing violence offline are usually concerned that law enforcement officials and anti-racist groups are monitoring their online activities and may (1) modify or limit their posting behaviors and/or (2) use encrypted platforms to avoid detection. Research also suggests that violent members of RWE movements are largely clandestine, often paranoid, and seek to avoid drawing attention to themselves. Having said that, it is reasonable to assume that non-violent RWEs in the current study had less reason to be afraid about posting messages in an open access forum than the violent RWEs because they did not commit offline violence. Instead, their offline activities included rallies, marches, protests, postering and flyering campaigns, and group meetings and gatherings. This finding aligns with prior research that finds non-violent hate groups were more likely than violent organizations to engage in flyering campaigns. 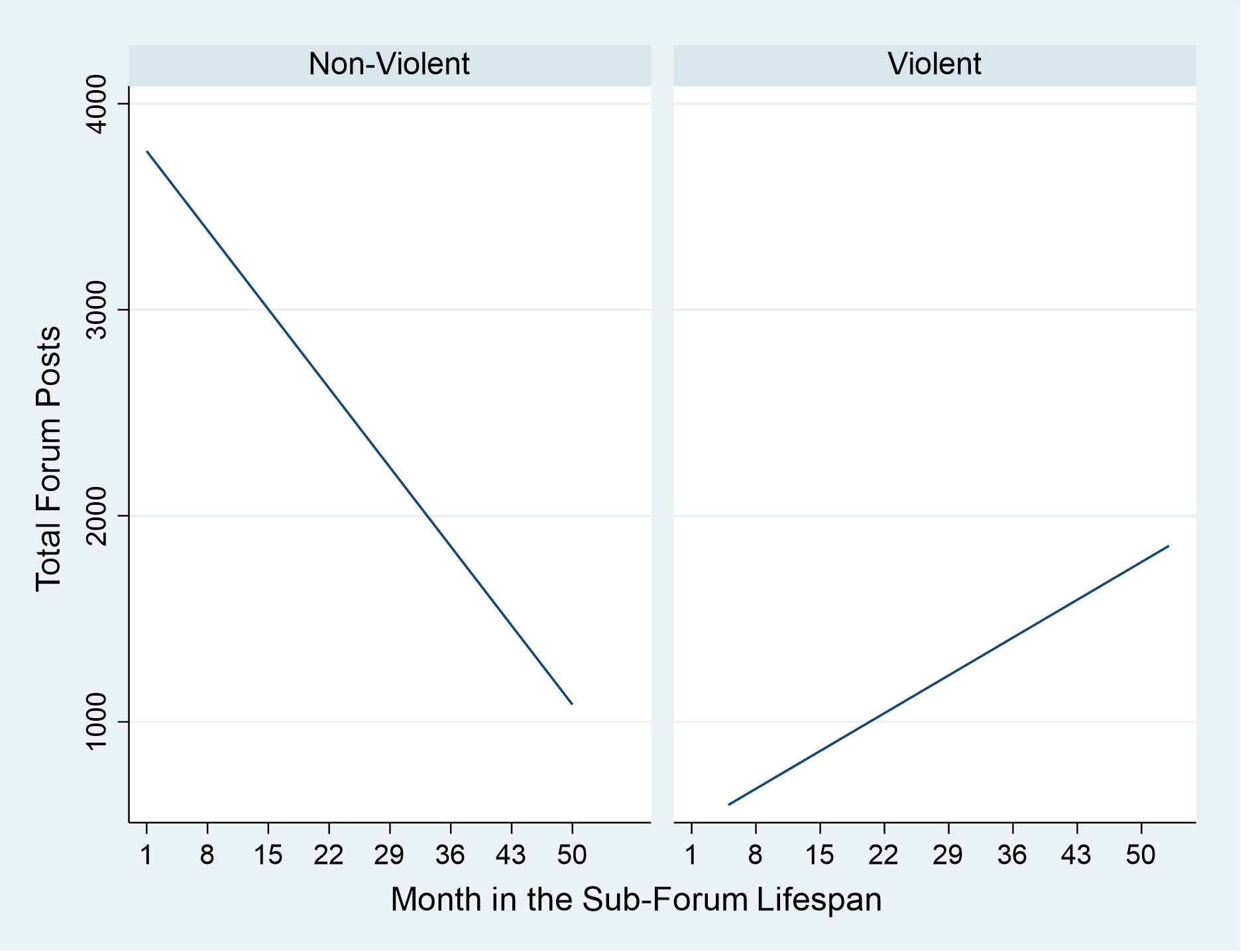 Figure 1. Total number of forum posts and initiation month in the sub-forum by violence status.

These key findings highlight the influence that time of initial engagement with an extremist sub-forum has on differential posting behaviors of a non-violent RWE group on the broader forum. For the non-violent RWEs who first engaged early in the lifespan of the sub-forum, they were most likely excited about – and perhaps inspired by – the creation of a sub-forum which Stormfront administrators describe as a space dedicated to “Issues of Interest to Canadian White Nationalists.” This, in turn, may have motivated them to connect and communicate with RWEs on the broader forum. Research has similarly found that the creation of extremist forums sparked the interest of supporters and sympathizers of the RWE movement to interact with one another, free from the geographic barriers that once made it difficult to communicate, and on a global scale. On the other hand, for the non-violent RWEs who first posted later in the lifespan of the sub-forum, this finding may indicate that, as Stormfront aged, non-violent users who initially posted in the sub-forum’s later lifespan posted less in the broader open-access forum. It seems that prolific posters were cautious about the amount they posted and concerned about law enforcement and anti-fascists observing their online behaviors and investigating them. During the later lifespan of the RWE forum, police scrutiny of, and public doxing efforts against, the extreme right increased. This may have influenced users’ posting behaviors in the current study. Further, it is likely that the posting activity of these users shifted from the open-access forum sections to the private site areas, direct messaging, and/or to other platforms. Research has similarly found that the RWE movement has been quick to embrace a variety of emerging online tools during the fast pace of change of both the Internet and its associated platforms and technologies, adapting to new spaces and adopting new tools with relative ease, which has made it difficult for practitioners and policymakers to effectively respond to this activity.

Lastly, violent RWEs who first became active early in the lifespan of the sub-forum tended to post less on the broader forum compared to violent users who became active later in the lifespan of the sub-forum who posted more in the forum. For the violent RWEs who first engaged early in the lifespan of the sub-forum, it is reasonable to assume that, because of the offline activities they were engaged in (i.e., violence), they were concerned that by being prolific posters in an open access forum, it could put them at risk of being identified by law enforcement and intelligence agencies – a finding supported by previous research. It may also be the case that these violent users were the older guard of the RWE movement who had been actively involved in violent extremism for an extensive period of time and in turn were wary about posting online because of their violent histories. In addition, they may have kept their posting activities to a minimum because they had very little experience with the Internet, given that it was relatively new to the general public during the early lifespan of the sub-forum. These users may reflect what empirical research describes as infrequent Internet users who are distrustful of and concerned about the risks associated with engaging online as a result of their limited experience. For the violent RWEs who first engaged later in the lifespan of the sub-forum, these users may have been more comfortable with posting in the forum than the early violent posters because they were a group of younger extremists who recently became involved in right-wing extremism and who had not yet engaged in violence for an extensive period of time. It may also be the case that they were less fearful of posting in an extremist platform because they were more tech savvy than their older guard counterpart and were more educated about, and comfortable with communicating online. Research has similarly found that those with more experience using the Internet are less concerned about risks of Internet use. Regardless, this evidence base remains in its infancy and requires further exploration.