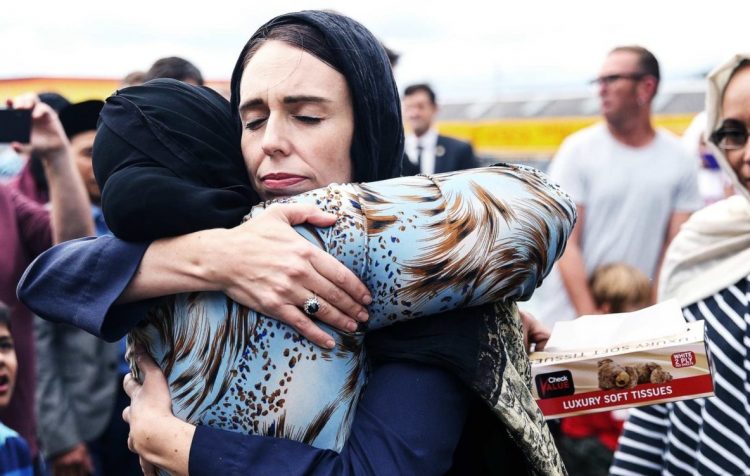 By Reem Ahmed and Daniela Pisoiu

In a globalized world, events thousands of miles away have far-reaching effects, mostly through their spectacularism. Oftentimes, these events feel even closer to home when there are ideas and people who might have in one way or another contributed to the facilitation of such atrocities.

Right-wing extremism has long gone global; it was thus perhaps, in retrospect, of little surprise to scholars studying this phenomenon and witnessing its spread across Europe to learn that a terrorist attack motivated by extreme-right beliefs occurred as far as New Zealand. However, the intricate connections to various far right scenes in Europe did come as a surprise, particularly the ones to the Austrian Identitarian Movement. In the weeks following the attack, the Austrian Chancellor Sebastian Kurz, confirmed that there was a ‘financial link’ between the Austrian Identitarian Movement and the Christchurch attacker. The attacker also used the Identitarian’s well-versed slogan as a title for his ‘manifesto’: ‘The Great Replacement’.

As classified right-wing extremist movements in Germany and Austria, the Identitarians have been on the radars of the domestic intelligence agencies in both countries; yet, their perception within public opinion had been, until Christchurch, as something closer to radical right-wing populism than extremism. Typically, the Identitarians have been associated with the New Right, an intellectual movement that emerged in the 1960s as a counterpart to the New Left and which has been advocating an anti-liberal ‘conservative revolution’, as well as ethnic nationalism and a ‘homogenous democracy’, rather than human rights and pluralistic democracy.

Creating a visible distance to National Socialism has been an important tenet of the movement, so that much of the debates at the moment revolve around diagnosing them correctly on the right-wing spectrum. We argue that the problem is more fundamental, more worrisome, and almost completely ignored. Beyond the allegations of personal connections and highjacked or purposefully adopted slogans; beyond perhaps even the more sophisticated questions of when, how, and under which circumstances ideas lead to action – or, extremist ideas lead to terrorist violence – this turn of events begs a rather more fundamental question. Specifically, to what extent and in which regard do our categorizations, and in particular the differences identified within the far right spectrum, really hold water?

We commonly differentiate between the extreme right and the radical right. The use and/or support for violence is oftentimes a central criterion for these differentiations, but also ideological genealogies, assumptions and purported ‘solutions’ are considered. The extreme right tend to be more overt regarding biological racism and their links to fascism, they reject the fundamental values and procedures of democracy, and have a propensity towards violence. Neo-Nazis, White Supremacists and terrorists embody the extremist typology. The radical right consists mainly of parties that actively distance themselves from fascism, accept the rules of democracy, and promote a nativist agenda that emphasizes culture rather than race. These distinctions are not so straightforward however, and the lines are increasingly becoming blurred.

A case in point is the Identitarians; they have been categorized as right-wing extremist with fascist features in terms of theory, aesthetics, rhetoric and style, but also as right-wing radical. This is because, like right-wing populists, the Identitarians appear to have abandoned race theories, whilst focusing on soft issues such as patriotism and family values, and due to their hip appearance. The Identitarians even advocate European values and a European culture, which is a rather unusual show of solidarity for a traditionally nationalist ideology. Appearances are misleading, however.

Looking towards the literature on social movements, framing theory allows us to take a closer look at the structure and constituent elements of mobilizing discourse. Rather than describing and tracing back ideologies, the frame analysis method takes this discourse apart to identify its basic components, namely: the statement of the problem; its source and thus the ‘enemy’; the ‘solution’ and the call to action; as well as a series of additional ideas called ‘resonance criteria’, that render the message more credible and that make it ‘stick’.

In a forthcoming VOX-Pol report on the far right in Europe, among other analyses, we took a closer look at a sample of right-wing populist, Identitarian, and extreme right-wing frames by closely analyzing the Tweets of the regional and central Alternative für Deutschland (Alternative for Germany – AfD) accounts, the German Identitarian Movement (who among others, retweet tweets of their Austrian counterparts to a great extent), and a regional Autonomous Nationalist group over a period of three months in Autumn 2018.

We found remarkable similarities. In relation to Christchurch, some have picked up on the Identitarian slogan ‘The Great Replacement’ (originally invented by the French author Renaud Camus) and focused the ideological debate on the New Right and the discursive shift from race to culture – after all, the New Right appears to be interested in preserving its identity and culture, which seem to be under ‘attack’ by non-European ones. The German example shows us how their statement of problem is in fact no different to the right-wing populist or the openly right-wing extremist one, namely the alleged imminent ‘extinction’ of the German people – not through war or natural disaster, but through uncontrolled migration and their natality rates once inside the country.

Taking the conspiratorial ‘Great Replacement’ as an example, in our sample, all three groups used manifestations of this concept to differing extents. As expected, the extreme right-wing Autonomous Nationalists reflected this in the most overt way using National Socialist  concepts and terminology, mostly through hashtags. For example, the group argue that Germany is experiencing ‘Volkstod’ (‘death of the people’), which refers to the extinction of a people as a social and cultural unit, that is, an ethnic community (‘Volksgemeinschaft’). The source of ‘extinction’ is the faster growth of a competing (non-European) population, described as ‘Überfremdung’ (‘over-foreignization’) and ‘Umvolkung’ (‘assimilation of the German people’, causing them to forget about their language and origin).

The German Identitarians use the concept of ‘der große Austausch’ (the great replacement), which refers to the alleged replacement of the native population by migrants; in a video by the leader of the Identitarian Movement in Austria, the words ‘Austausch’ and ‘Umvolkung’ are however used interchangeably.

The AfD does not use these terms across their Twitter accounts, however the words are obviously used elsewhere; for example, in November 2018, it was revealed that an internal evaluation recommended AfD politicians to no longer use the words ‘Großer Austausch’, ‘Umvolkung’, ‘Überfremdung’, ‘Volkstod’ or ‘Umerziehung’ (re-education), along with other expressions denoting xenophobia, racist discrimination and Islamophobia in order to avoid being monitored by the German Federal Office for the Protection of the Constitution.

Indeed, the AfD is careful not to use these terms explicitly on Twitter, but rather uses migration and asylum in all of its inflections, as well as more explosive terms such as ‘invaders’. As a tweet by AfD politician Gottfried Curio illustrates, however, the essence of the Great Replacement and the other forbidden words are very much present: ‘When a long-grown forest is deforested, the leftist-greens chain themselves to every tree. When a cultural nation, which has grown over hundreds of years is replaced demographically, they themselves are the axe in the forest. Does that mean: it’s ok if the Germans die out, as long as your trees don’t?’[1]

Adding to these historically resonant concepts, the Identitarians and AfD present visuals depicting an imminent ‘invasion’ from Africa (such as for example images of masses of dark-skinned men on the move, or a video graphically illustrating the replacement of white figurines in Europe by black ones coming from Africa), as well as attempts to twist the meaning of the official discourse. Furthermore, all three groups use distorted statistics and pseudo-scientific evidence to ‘prove’ that such a replacement is really happening.

In the view of the three groups studied, responsible for this state of affairs are all mainstream parties who are accused of being part of the broader globalist left-wing conspiracy, of which international institutions are also complicit. The second type of enemy is the foreigner, who has inherent specific features: criminal, violent and ‘kulturfremd’ (‘alien to ‘our’ culture’), and thus a direct and imminent threat to the German people. Repeated reporting of the same incidents and the use of emotions and shocking visuals construct and ‘evidence’ an imminent, and hyperbolised threat. However, the most powerful device in this respect is repetition and the simple tactic of re-posting content on an almost daily basis.

Empirical credibility (press reports and reports from far right press outlets), and only rarely the credibility of the frame articulators (e.g. convictions), are used to reinforce their arguments. The solutions and calls for action are primarily used to stop migration, deport (‘remigration’), boost birth rates amongst the German population, close borders, vote for far right parties, and raise traditional families teaching children the ‘danger’ of gender ‘madness’ and political correctness. Importantly, all three groups allude in a more or less explicit way to an alleged impotence of the state to protect its citizens and encourage or show support for vigilantism and ‘protection zones’ against immigrant crime.

Contemporary analyses of the New Right place much emphasis on the replacement of race through culture and how this has made the discourse compatible with the mainstream. We do not contest this; we do argue however, that this misses an important piece of the puzzle, the aforementioned formulation of the problem, which is anything but new. We might argue in fact that the combination of contemporary discursive innovations and of contemporary populist repertoires – such as personal attacks, crude, simple and bold language, the use of social media, dramatic videos, and visuals in general – has in fact resurrected and rebranded an existing ideational potential, and has in effect united the far right.

Together they create and feed a story of an existential threat that is imminent and which the state is neither willing nor capable of handling – an utterly subversive and historically hardly novel statement of fact. Analytical differentiations aside, it remains important to avoid short-sighted reactions to violent crimes, personal connections, or the ideological orientations of individual persons alone. Equally important is to not remain consoled that words such as race or ‘Volkstod’ do not appear so prominently in the discourse of the populist right-wing parties, or that the Identitarians are wearing trendy clothes rather than bomber jackets and combat boots. Ideologically, the contemporary New Right is in fact not that new at all; more worrisomely, core messages of some populist far right parties neither.

[1] Translated from German, by the authors

Reem Ahmed is a PhD Candidate at the University of Hamburg and Fellow at the Institute for Peace Research and Security Policy (IFSH) working within the framework of the VOX-Pol Network of Excellence. Follow her on Twitter: @RAhmed105.

Daniela Pisoiu is Senior Researcher at the Austrian Institute for International Affairs (oiip), previously at the IFSH, and member of VOX-Pol. Follow her on Twitter: @DPisoiu.