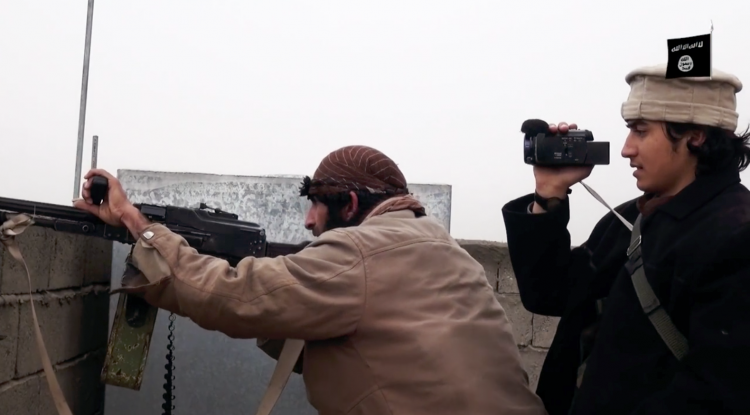 My 2016 paper ‘Determining the Role of the Internet in Violent Extremism and Terrorism,’ put forward six suggestions for progressing research in our field. These suggestions, briefly, related to (1) widening the range of types of violent online extremism being studied beyond violent jihadis; (2) engaging in more comparative research, not just across ideologies, but also groups, countries, languages, and social media platforms; (3) deepening our analyses to include interviewing and virtual ethnographic approaches; (4) up-scaling or improving our capacity to undertake “big data” collection and analysis; (5) outreaching beyond terrorism studies to become acquainted with, for example, the Internet Studies literature and engaging in interdisciplinary research with, for example, computer scientists; and (6) paying more attention to gender as a factor in violent online extremism.

In the article’s conclusion I acknowledged that there were–and are–a whole host of issues that it was not possible to address in the article and I mentioned two specifically,  Internet research ethics and the role of Internet companies as (political) intermediaries. Today, I’m working with colleagues on various projects that address the myriad ethics issues raised in our field (and was delighted to see Terrorism and Political Violence’s editors CfP ‘Terrorism, Counter-terrorism and Ethics: Challenges, Opportunities, Principles,’ which points to ethics issues finally getting the attention they deserve in this field). And a host of great research has since been done on Internet companies, especially social media companies, as intermediaries. See, for example, Tarleton Gillespie’s overview account entitled Custodians of the Internet: Platforms, Content Moderation, and the Hidden Decisions That Shape Social Media, which is now available open access. I have at least one other suggestion that I think warrants adding to the list however and that’s the need for a ‘visual turn.’

The ‘visual turn’ is often used as shorthand to describe a shift in emphasis in the humanities and social sciences from approximately the 1990s toward an acknowledgement of the importance of the visible. Visuals, including photos, memes, gifs, and videos, are at the heart of Web 2.0 or the ‘social web.’ It is unsurprising therefore that varieties of the latter are also crucial components of contemporary violent extremists and terrorists’ online activity. What is surprising however is the paucity of research analysing these visuals.

At the height of their media production capacity in 2015, IS were producing and circulating an average of three videos and more than 15 photographic reports per day (Winter, 2015a, p.12), but just a handful of studies systematically address the nature and purpose of these (Winter, 2015b). Jihadi online magazines—produced and circulated by IS, al-Qaeda, and their affiliates—have been widely mined; nonetheless relatively few of these studies include analysis of the images contained in the magazines (exceptions are Conway et al., 2017; Ingram, 2017; Lehane et al., 2018; Watkin & Looney, 2018; Winkler et al., 2018), but focus instead on the text. Even IS’s videos, which are arguably a large part of what gained them an outsize reputation for media savvy, have not been heavily studied (some exceptions are Anfinson, 2019; Chouliaraki & Kissas 2018; Euben, 2017; Robinson & Dauber, 2018).

Memes are pieces of text, images, videos, or some combination of these, oftentimes humorous, which are copied and spread rapidly by Internet users, often with slight variations, the most successful of which enter into popular cultural consciousness. Image macros, still images upon which a caption has been digitally superimposed, are the most common form of meme and are widely circulated across social media platforms. IS ‘fanboys’ produced some high profile examples of these, including the well-known image macro showing a pistol smeared with blood and overlaid with the words “YODO. You Only Die Once. Why Not Make it Martyrdom” (click here for this and other examples). Memes are considerably more commonplace within the extreme right online scene however.

Hateful memes often feature distorted or unflattering images of people of colour, Jewish people, and others overlaid with ‘humorous’ text and are distributed very widely across the Net, not just on dedicated extreme right websites and forums, but major social media platforms too. These visuals have, to date, been subject to little scrutiny from researchers (an exception is Zannettou et al., 2018). Online extremists and terrorists and their supporters’ choices of profile pictures and the signalling capacity of these have, similarly, been ignored (the exception is Conway & Khawaja, forthcoming). This is despite the fact that, as Siapera et al. point out, “[i]n general, visual elements tend to be recalled faster than audio or text and retention for images is better and more accurate compared to verbal and textual information. This is important to note here because it implies that images of hate may be more pernicious than words alone” (2018, p.34).

So what explains our inattention to visuals to-date? As I have noted elsewhere, there is a fairly large body of scholarly work exploring the intersections of terrorism and mass media dating back to the early 1970s. The bulk of empirical research in this area draws on newspaper reporting rather than television coverage for its empirical data however, which may be confirmed via a quick survey of articles appearing in the major mainstream terrorism studies journals (i.e. Terrorism and Political Violence and Studies in Conflict and Terrorism). From a terrorism researcher perspective, there was/is probably an ‘ease of use’ issue at play here: easy access to databases of newspaper articles, such as Lexis-Nexis, that provide relatively deep (i.e. in time) and wide (i.e. geographically and across types of publications) press coverage of terrorism, make newspaper content analyses and framing studies an attractive option. The same ‘ease of use’ issue is, in my opinion, at play in our focus on online text data to the exclusion of online visuals. The heavily visual nature of today’s violent extremist online spaces makes this a real problem for us going forward however: we must do better.

Maura Conway is Professor of International Security in the School of Law and Government at Dublin City University (DCU) and Coordinator of VOX-Pol. You can follow her on Twitter: @galwaygrrl