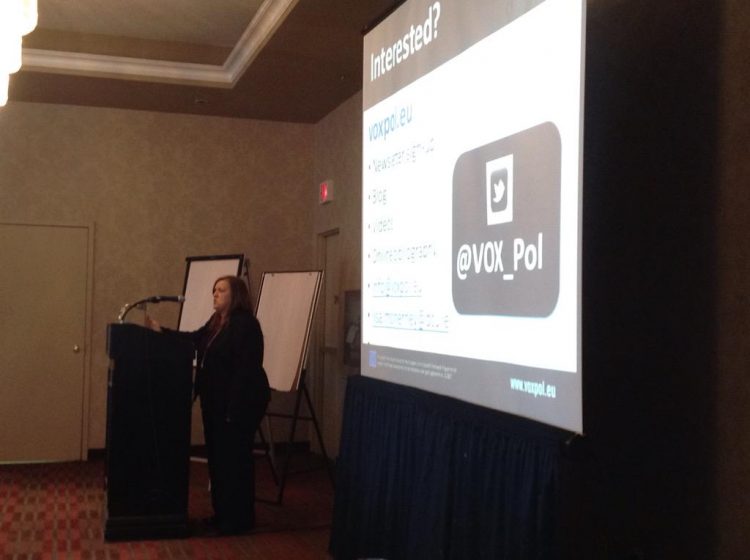 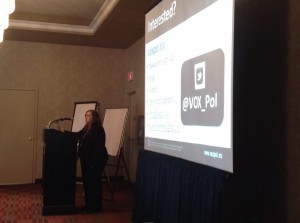 VOX-Pol participated in the Public Safety Canada Kanishka Project Symposium held in Ottawa, Canada from 30-31 March 2015. The Symposium surveyed social media/online-based research conducted under the Kanishka Project, a Canadian government initiative to invest in research on terrorism and counter-terrorism. The Symposium assessed what has been learned during the project, particularly in relation to informing policies, programs and operations. Participants also identified remaining and new gaps in knowledge and conducted collaborative dialogue on how to address these gaps by conducting and applying social media/online analytics.

VOX-Pol’s Lisa McInerney spoke to participants about how VOX-Pol offers a networked approach to comprehensive exploration of violent online political extremism. Of particular interest to Public Safety Canada and others present, was VOX-Pol’s outreach strategy for involving stakeholders, including policy-makers, practitioners and others. Other Symposium participants included Peter Neumann and Shiraz Maher from VOX-Pol’s partner institute, the International Centre for the Study of Radicalisation and Political Violence (ICSR) at Kings College London, who discussed how foreign fighters produce and consume online information; VOX-Pol Blog contributor Jamie Bartlett of Demos who reviewed the existing literature on social media intelligence capabilities for counter-terrorism; and independent data analyst, Ali Fisher, who presented a paper co-authored by VOX-Pol Research Fellow Nico Prucha, on the Islamic State’s use of social media.

European and American Extreme Right Movements and Their Online Politics