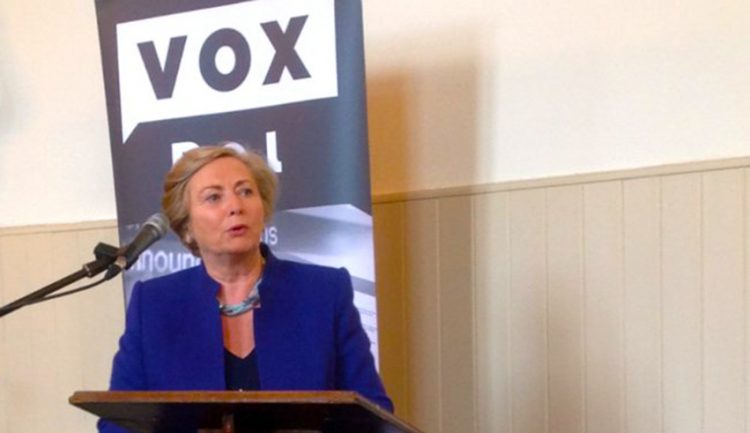 Welcome to Volume 3 Issue 3 of the VOX-Pol Newsletter.

If you’re in Brussels or have colleagues located there, please note that VOX-Pol will be hosting a Lunch Briefing Series during September – October, 2016.

These will take place once a week over six weeks at lunchtime, and will address hot topics in violent online political extremism research and policy. Follow us on Twitter for real-time updates on dates, locations, topics for the Brussels series.

WANT TO GET INVOLVED?

Suzzette Lopez Abbasciano joined Dublin City University in April, 2016 as a visiting VOX-Pol researcher for five months. She is exploring the role of social media campaigns in countering violent extremism (CVE) by building on concepts from public communication campaigns and crisis and disaster communication studies. Suzzette is a criminology Doctoral Student at the University of Massachusetts-Lowell and Researcher at the Center for Terrorism and Security Studies (CTSS).

Ryan Scrivens also joined VOX-Pol in Dublin, on a three-month research visit this summer. He is currently working with machine learning specialist Prof. Pádraig Cunningham at University College Dublin (UCD), and they are using text analysis to explore the differences between the two most visible websites in the white supremacy movement: Stormfront and The Daily Stormer. Ryan is a PhD Student in the School of Criminology at Simon Fraser University (SFU), Canada, and Researcher with the International CyberCrime Research Centre (ICCRC).

Opportunities for research visits under VOX-Pol’s Researcher Mobility Programme are open all year round. For details, visit our website and/or contact us at rmp@voxpol.eu

VOX-Pol’s two-day Mid-Project Conference “Taking Stock of Research on Violent Online Political Extremism” was held at Dublin City University’s All Hallows campus on 22 – 24 June. The conference, which was officially opened by the Irish Tánaiste (deputy Prime Minister) and Minister for Justice, Ms. Frances Fitzgerald TD, was composed of three pre-conference workshops, two keynotes, two high-level roundtables, and 45 individual papers. The keynotes were delivered by Dunja Mijatović, the OSCE Representative for Freedom of the Media, and J M Berger, author of The ISIS Twitter Census (2015). The conference attracted 160 participants from over 20 countries, including contributors from academia, government, law enforcement, and industry. Press coverage of the event is here. 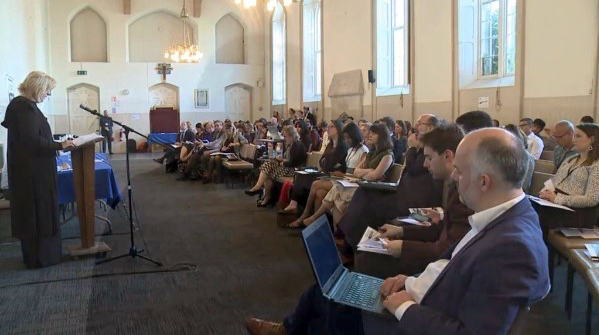 NATO Advanced ResearchWorkshop –  Terrorist Use of the Internet: Assessment and Response

A NATO Science for Peace and Security-funded Advanced Research Workshop on ‘Terrorist Use of the Internet: Assessment and Response’, jointly organised by VOX-Pol and the University of Swansea’s Cyberterrorism Project was hosted at Dublin City University from 27 – 29 June. The invitation-only workshop provided an opportunity for the 60 participants including academics, law enforcement, military personnel, and others to engage in in-depth discussion around some of the most pressing issues in this area, including the risk of cyberterrorism, online terrorist financing, etc. A workshop report detailing the latter discussions and a series of recommendations arising from these will be available shortly and an edited volume containing a selection of the workshop presentations will be published in 2017.

The second week-long VOX-Pol Summer School took place on 4 – 8 July, 2016 at Central European University, Budapest. The Summer School is designed to provide PhD students, post-doctoral researchers, civil society representatives, policymakers, and others with an introduction to the role of the Internet in contemporary violent extremism  and terrorism, with an emphasis in Budapest on exposing attendees to a range of critical debates around related Internet governance and security policy issues. Topics covered included the ethics and practices of monitoring violent extremist content, impacts on and challenges for freedom of expression and privacy online, and the role of Internet and social media companies in responding to violent political extremism online. The event attracted 25 participants from 19 countries. It included a field trip to the Open Society Archives and a public lecture by the Electronic Frontier Foundation‘s Director for International Freedom of Expression, Jillian York, on ‘Freedom of Expression and Safety Online’, a video of which is available here.

A book chapter entitled ‘Terrorism in Japan’ authored by VOX-Pol Post-doctoral Researcher Sara Dissanayake, will be published in August in the Handbook of Terrorism in the Asia Pacific. The Handbook provides an historical overview of terrorism in the Asia–Pacific, the evolution of the terrorism threat in the region, and present threats faced by countries with the rise of the Islamic State. For access click here.

An article entitled ‘Thinking and Writing About Terrorism’ was published in Arab Media & Society by VOX-Pol Ethics Advisory Board Member Prof. Philip Seib, where he shares his thoughts on his upcoming book Confronting Terrorism. The article is available here.

A paper entitled ‘Terrorist Migration to the Dark Web’ by VOX-Pol Academic Advisory Board member Prof. Gabriel Weimann also appeared in a recent issue of Perspectives on Terrorism. His article is available here.