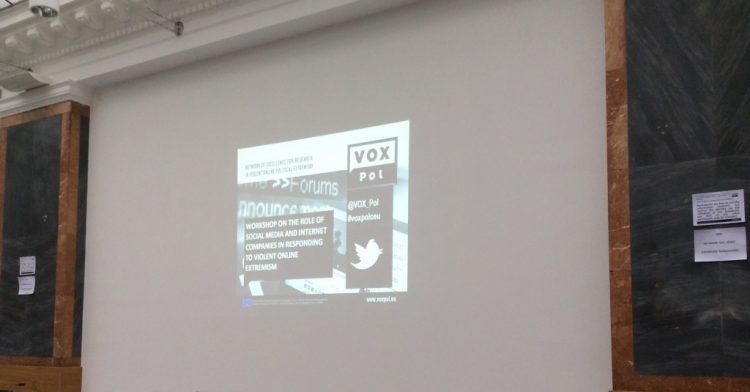 The VOX-Pol Network of Excellence is a European Union Framework Programme 7 funded academic research network focused on researching the prevalence, contours, functions, and impacts of Violent Online Political Extremism and responses to it. It is a five-year programme which commenced on 1 January, 2014.

We hope you enjoy reading the Newsletter and welcome any feedback you may have.  If you have colleagues or friends who may be interested in the content of this newsletter, please forward it to them and encourage them to subscribe via our website.

VOX-Pol will soon be launching an Online Library, a research and teaching resource, which brings together—in one searchable database—a vast volume of publications related to Violent Online Political Extremism. The database contains publications in a variety of formats—PDFs, E-Books, audio and video—in a wide range of forms: journal articles, book chapters, policy documents, reports and articles. Publications in several languages other than English are also included.

VOX-Pol invites contributions related to Violent Online Political Extremism from all partners in any language, whether produced by you, your institution, or any author that you are familiar with. The more material we are able to collect, the more comprehensive this valuable resource will be. Please send your material, links or suggestions to info@voxpol.eu. Below is a sneak preview of the Library under construction. 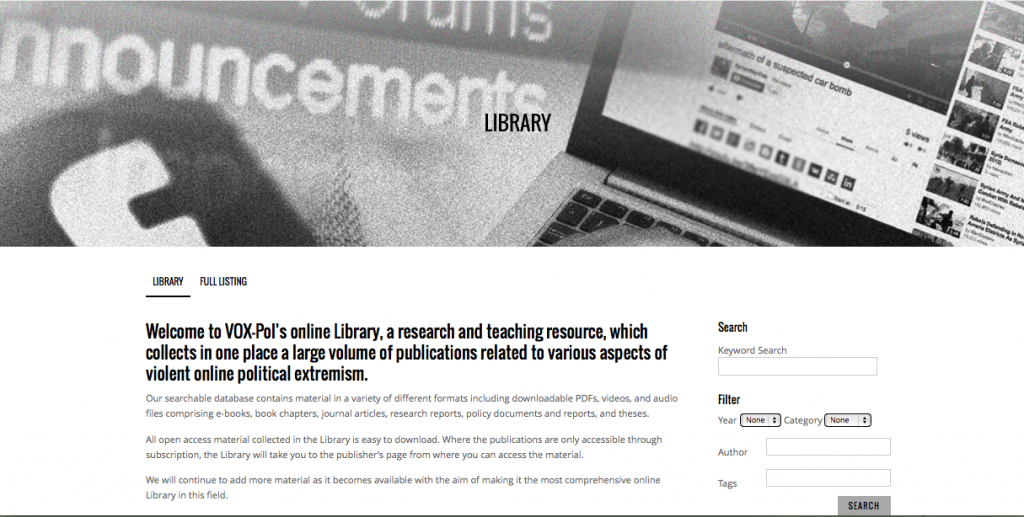 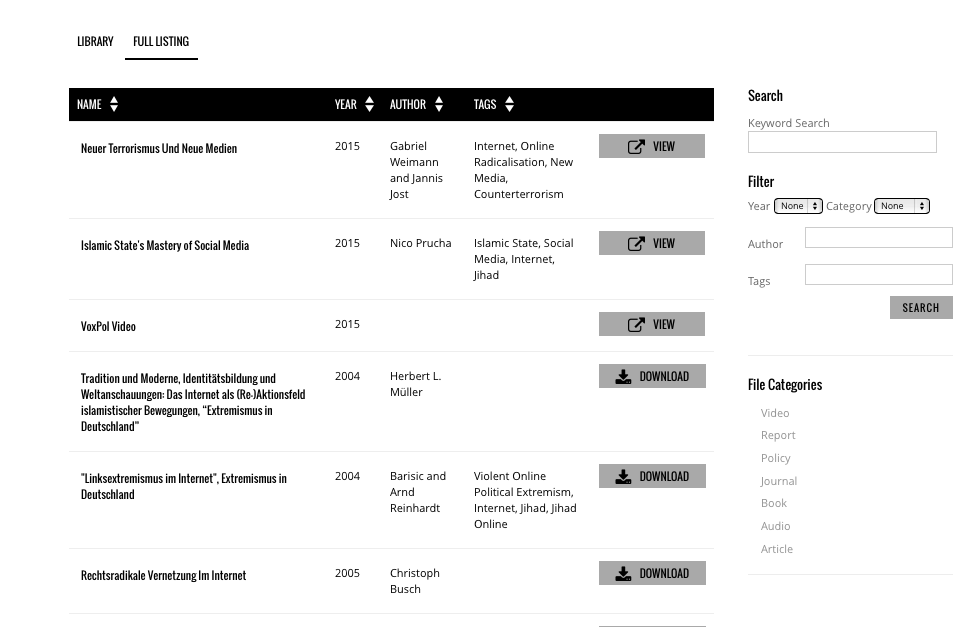 VOX-Pol’s first Training Academy, aimed at practitioners in fields related to Violent Online Political Extremism, will be held this Autumn. Whilst similar—in many respects—to our Inaugural Summer School in 2014 (for PhD students, academics, journalists, etc.), Training Academy participants will be drawn from those professionally-tasked in the area of violent online political extremism, for example, law-enforcement, and policy-makers.

Approximately twenty participants will be selected, with preference given to members of the VOX-Pol End-User Group. All applicants will be required to provide proof of their professional interest in violent online political extremism prior to being accepted for the Training Academy.

We particularly welcome suggestions for topics or issues, to be included in the Training Academy Programme, from potential applicants. The call for applications is expected to be launched, no later than June 2015. 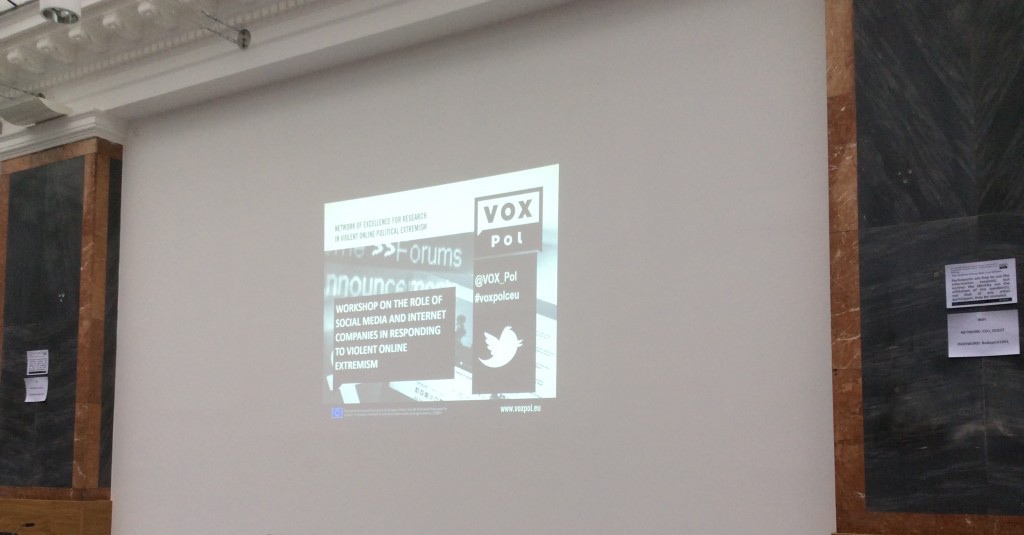 VOX-Pol’s Workshop on the Role of Social Media and Internet Companies in Responding to Violent Online Political Extremism, was held in Budapest from 5-6 March at the School of Public Policy, Central European University. The event facilitated discussions and dialogue between different stakeholders to understand ways in which the Internet is governed; the role of technology companies as political intermediaries; and the meaning and scope of relevant human rights, particularly freedom of expression. Thirt-nine participants, nineteen of whom were women, attended the event; and twenty-seven participants, thirteen of whom were women, presented their work at the wide-range of panels held over two days.

Participants included representatives of thirteen research centres and academic departments, as well as representatives from major social media companies, civil society organisations, and law enforcement agencies. There was broad agreement among participants that inclusive and open dialogue among all stakeholders is essential to effectively meet the challenges posed by violent online political extremism. All participants were also in agreement that the workshop was successful in creating meaningful discussions and at raising the debate around the role of social media companies in violent online political extremism, to a new level. You can read more about the workshop on VOX-Pol’s follow-up blog here.

VOX-Pol participated in the Digital Enlightenment Forum 2015, The Citizen: Negotiating Life in the Digital World, held in Kilkenny, Ireland, from 25-26 March. The Digital Enlightenment movement aims to achieve a better understanding of the ways in which individuals, governments and enterprises are redefining their relationships through the use of technology. VOX-Pol was among seven groups who presented their research to the conference, which was well-attended by scholars, researchers, representatives of civil society organisations and governments. VOX-Pol also hosted a stand at the event, to provide information about its research activities to participants in addition to the presentation made by Lisa McInerney on the first day of the conference.

Also in March, VOX-Pol participated in a Public Safety Canada Kanishka Project Symposium, entitled ‘What (more) can we learn from social media and online analytics about risk and resilience?’, held in Ottawa, Canada. The Symposium surveyed social media/online-based research conducted under the Kanishka Project, a Canadian government initiative to invest in research on terrorism and counter-terrorism. The Symposium assessed what has been learned during the project, particularly in relation to informing policies, programs and operations. Participants also identified remaining and new gaps in knowledge and conducted collaborative dialogue on how to address these gaps by conducting and applying social media/online analytics.

VOX-Pol’s Lisa McInerney, spoke to participants about how VOX-Pol offers a networked approach to comprehensive exploration of violent online political extremism. Of particular interest to Public Safety Canada and others present, was VOX-Pol’s outreach strategy for involving stakeholders, including policy-makers, practitioners and others.

Among VOX-Pol partners who participated in the event were Peter Neumann and Shiraz Maher from VOX-Pol’s partner institute, the International Centre for the Study of Radicalisation and Political Violence (ICSR) at King’s College London, who discussed how foreign fighters produce and consume online information. Independent data analyst, Ali Fisher, presented a paper co-authored by VOX-Pol Research Fellow Nico Prucha, on the Islamic State’s use of social media. 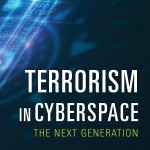 Professor of Communications at Israel’s Haifa University, and member of VOX-Pol’s Academic Advisory Board, Professor Gabriel Weimann, published a new book in March, Terrorism in Cyberspace: The Next Generation (2015, Columbia University Press). The book examines changing areas of terrorist communication with a particular focus on emerging trends in the use of social media. Read an introduction to the book by Professor Weimann himself on the VOX-Pol blog here.

Professor Weimann is also giving a talk on the book, at the Pickford Theatre, in the US Library of Congress at 12:00 Noon on 10 June. The program is free and open to the public. If you are in the US, and would like to attend, drop a line to Gail Shirazi gshi@loc.gov or Galina gtev@loc.gov.

VOX-Pol’s Principal Investigator, Dr Maura Conway, spoke to techPresident shortly after VOX-Pol’s Workshop in the Role of Social Median and Internet Companies in Responding to Violent Online Extremism in Budapest. Dr. Conway highlighted the importance of open discussions among social media companies, law enforcement agencies and free speech activists in dealing with the issue of social media being used as a recruitment tool by violent radical groups such as ISIS. She said this was a view expressed and shared by a large number of participants at the workshop. “No general consensus was arrived at, but there was definitely an appetite for conversation and debate on all sides. Almost everybody agreed that open multi-stakeholder discussions such as these are useful and need to continue.” Read the full article here.

VOX-Pol’s Research Fellow, Dr Nico Prucha, gave a talk at VOX-Pol partner institute, the ICSR, on 17 March on the self-proclaimed Islamic State’s mastery of the social media for the strategic purposes of indoctrinating, radicalising and subsequently recruiting online consumers. Dr Prucha said the online world cannot be understood in isolation of the offline, real world. Jihadist groups project influence over the Internet for a number of strategic reasons, using a blend of audio-visual and textual elements to influence their audience to follow their specific theological interpretations and historical readings.

In late March, VOX-Pol announced the launch of its YouTube Channel which hosts a collection of video material related to violent online political extremism. Several videos on the channel are VOX-Pol’s own material such as an overview of the VOX-Pol project; British blogger and social media analyst Eliot Higgins’ (aka Brown Moses) public lecture in Dublin organised by VOX-Pol; discussions at the Panel on Monitoring the Net for Violent Extremist Material, organised by VOX-Pol at CPDP2015; and VOX-Pol’s discussions with Belgian state TV on media strategies of violent radical groups online among other interesting interesting videos. The channel also includes keynote speeches from various VOX-Pol events held in 2014, and videos related to violent online extremism from around the world. Check out the collection here.

In mid-April VOX-Pol issued a call for expressions of interest in its Fellowship programme on Violent Online Political Extremism. The Programme is aimed at recruiting promising researchers in the area of Violent Online Political Extremism, train them in related research and analysis, and mentor them in delivering excellent completed projects. The deadline for applications is 28 May 2015. Completed applications should be submitted by email to rmp@voxpol.eu. For more details on the Fellowship and how to apply, visit our website.

Visits of external researchers to VOX-Pol partner institutions, of up to one month duration (other durations may be considered), are welcomed.

Financial support, to a maximum of €2,000 per month, will be available. Assistance may also be available, for once-off travel to/from the exchange/internship location.

This programme is intended for researchers currently employed in academia, and research organisations, with research experience relevant to VOX-Pol.

We also welcome applications from those professionally tasked in the area of violent online political extremism, for example, from those interested in training in specialised areas.

PhD students and recently graduated post-docs have the possibility to apply for a ‘talent-boosting’ internship in a partner institution within the VOX-pol network. The typical duration of the internship will be one to a maximum of six months.

A stipend to the value of €1,333 per month, is available for successful applicants. Assistance may also be available, for once-off travel to/from the exchange/internship location.

This programme is open to PhD students, and those who have recently graduated with a PhD.

Does the Internet Play a Significant Role in Contemporary Violent Extremism and Terrorism? Some Arguments For and Against