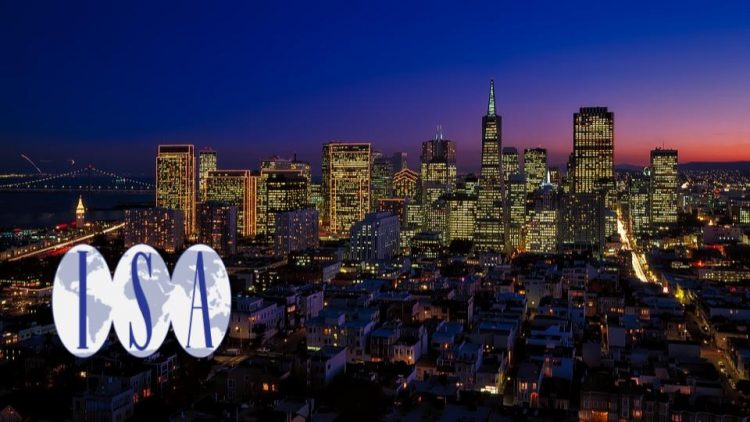 On 4-7 April, VOX-Pol researchers participated in the International Studies Association (ISA) Annual Convention, in San Francisco, California. The ISA is one of the oldest interdisciplinary associations dedicated to understanding international, transnational and global affairs, with more than seven thousand members worldwide.

Whilst topics covered at the conference are wide-ranging, there are always a large number of panels focused on terrorism and political violence. VOX-Pol was represented on five of these at the San Francisco conference.

VOX-Pol and IFSH‘s Dr. Daniela Pisoiu contributed her paper ‘Narrative patterns in Accounts of Extreme-Right Violence’ to the panel ‘The Transformative Power of Narrative in Politically Violent Contexts: Through the Looking Glass,’ which also had contributions from colleagues from the University of Birmingham, Kyung Hee University, and Pennsylvania State University.

VOX-Pol Programme Manager Ms. Lisa McInerney participated in a panel discussion ‘Terrorism as a Challenge to Established Power Structures’ that explored the theme of ‘Power of Rules and Rule of Power’ at which she presented her paper ‘Researching Terrorism and the Internet: Trends, State of Play, and  What the Future Holds.’

Ms. McInerney was also a discussant for the panel ‘Rules and Power of Media and Social Media,’ which also saw VOX-Pol colleagues Dr. Daniela Pisoiu and Ms. Reem Ahmed presenting their work ‘Navigating the (Extreme) Right Online: Assessing the Impact of Discourse and Frames on Mobilisation.’

Who Needs Courts? A Deeper Look At the European Commission’s Plans to Speed Up Content Takedowns