On 12 November, a workshop on ‘Understanding the Impact of Media Terrorism Reporting: A Front Line Practitioner’s Perspective’ was held in Stockholm, Sweden at Exit Sweden’s offices.
This event was organised within the framework of the research project ‘Developing a Broadcasting Model to CVE,’ coordinated by Melbourne’s Victoria University and Exit Sweden, in partnership and with the support of the National Broadcasting Commission of Thailand, the EU’s Radicalisation Awareness Network (RAN), and VOX-Pol.
It is part of a series of workshops on Media and CVE that Dr. Virginie Andre is running in Europe, North America, and Morocco.
The workshop followed on from the Roundtable on ‘Understanding the Impact of Media Terrorism Reporting’ held in London on  30-31 January, 2018, in partnership with the Australian Department of Foreign Affairs, New Scotland Yard, the Egmont Institute, and the EU RAN. The Roundtable brought together the perspectives of CVE and media practitioners, academics and policy makers to formulate best practice recommendations for media handling of terrorism that balances the need for security, including diminishing the effectiveness of terrorism output, and the media’s interests.
The follow-up Stockholm workshop focused primarily on formulating applied outcomes in countering violent extremism in relation to terrorist event reporting, with the aim of developing guidelines on best practices in reporting on terrorist events, and outlining strategic communications in post-terrorist attacks.
Prof. Maura Conway, VOX-Pol Coordinator, stated “VOX-Pol was very pleased to be a sponsor of the Stockholm event. While our major focus is on terrorism and the Internet, particularly social media, we should not loose sight of the continuing roles of traditional media, including their online offerings, in terrorism reporting and responses.” 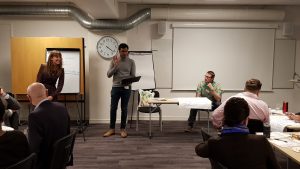 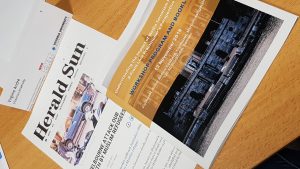