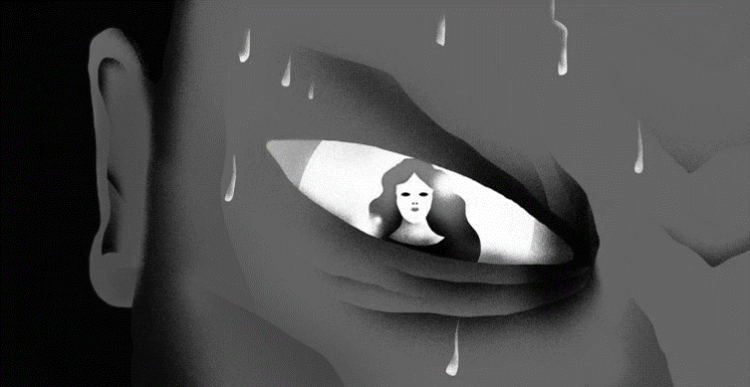 Online radicalisation has been a significant point of focus for the national security community in recent years. Much of this attention has been directed, rightly, at the risks posed by Islamic extremism, far-right extremism and white supremacist movements.

However, far less attention has been paid to an equally dangerous and arguably more pervasive form of radicalisation taking place online: extreme misogyny.

If there’s one common feature which unites communities of online extremists—from pro-Russian separatists in eastern Ukraine to white supremacists in the US and Islamic State supporters in the Middle East and Asia, it is a fundamental disrespect for women. Each of these ideologies, in its own way, propagates strict conceptions about the role of women, undermines their agency and autonomy and—with varying degrees of openness—advocates violence against women who dare to transgress the limits imposed on them.

And yet, in national security circles, the role of misogyny in extremist movements is barely discussed. If it is, it gets hived off into some special section called something like ‘women and gender’, implying that it is separate from the core of the problem and that it is about women. Both of those notions are wrong. Misogyny is fundamental to these movements, and the heart of the problem is the beliefs, attitudes and actions of men.

The casual acceptance of violence against women is a broader conversation which needs to involve the whole of society. As reactions to the murders of Brisbane woman Hannah Clarke and her children show, there are still problems with how even leadership in law enforcement handles this issue. It’s hard to imagine any other scenario in which the lead police investigator might imply there was a choice of ‘which side to take in this investigation’ in a case in which one person burned four others to death.

The national security community needs to engage with this conversation, both because it is a part of that broader social tapestry and because violent misogyny has serious security implications for at least 50% of the population.

This includes no longer treating the online radicalisation of people (largely but not exclusively men) into extreme forms of misogyny as less serious or relevant to national security than other forms of radicalisation.

In addition to the incalculable toll of women who have been murdered in domestic violence cases, multiple terror incidents in recent years have been directly linked to radicalised online misogyny. In 2009, George Sodini opened fire on a fitness class full of women (none of whom he knew) in Pittsburgh, and killed three, before committing suicide. A webpage registered in Sodini’s name detailed his grievances with women, and how he had scoped out the dance aerobics class prior to the attack.

In 2014, California man Elliott Rodger killed six people and injured 14 more in a stabbing, shooting and car rampage, before committing suicide. Rodger’s rambling, narcissistic manifesto directly and explicitly linked his hatred of women to the attack. ‘Women are like a plague. They don’t deserve to have any rights. Their wickedness must be contained in order to prevent future generations from falling to degeneracy. Women are vicious, evil, barbaric animals, and they need to be treated as such’, he wrote.

In 2015, Chris Harper-Mercer killed nine people including a woman in a wheelchair in a shooting rampage in Oregon. Harper-Mercer appears to have had a range of motives for his attack, including frustration at not having a girlfriend.

In 2018, Alek Minassian drove a van into a crowd in Toronto, killing 10 and wounding 15. In an interview after his attack, Minassian told police about his self-described ‘radicalisation’ online on sites like 4chan and Reddit, and about how he had been inspired by Rodgers. Also in 2018, Scott Beierle killed two women and injured four others in a yoga studio in Florida, after years of online rants against women.

Even in attacks where misogyny isn’t the primary motive, it is often nonetheless present as a contributing factor. Anders Breivik, who killed 77 people in an attack in Norway in 2011, wrote a manifesto which was riddled with misogyny and opposition to feminism. Christchurch gunman Brenton Tarrant and John T. Earnest, who killed one person at a synagogue near San Diego, both referenced feminism in their manifestos (Jewish people, Earnest said, deserved to be killed, among other things, for their role in creating ‘feminism, which has enslaved women in sin’).

All of these terrorist attackers were active in online communities linked to the ‘manosphere’, a loose collection of online communities ranging from more or less mainstream activism for men’s rights through to pick-up artists and reactionary anti-feminist movements like ‘incels’ and ‘men going their own way’.

As a researcher and journalist, I have spent a lot of time in these online spaces. The casual denigration and dehumanisation of women is constant and all-pervasive. It becomes so normalised that it no longer seems remarkable. Perhaps this is at least in part why it is so often not remarked upon by those working on online radicalisation.

This is not normal. It is not insignificant, and it is not harmless. Dozens of deaths in the past decade can be directly attributed to violent misogynists who radicalised online, and the true number is likely to be far, far higher. Violent misogyny is a form of extremism which is no less serious than Islamic or far-right extremism, and it’s past time for the national security community to start treating it as such.

This article was originally posted on Australia Strategic Policy Institute (ASPI) The Strategist website. Republished here with permission from the publisher.

How Memes are Becoming the New Frontier of Information Warfare