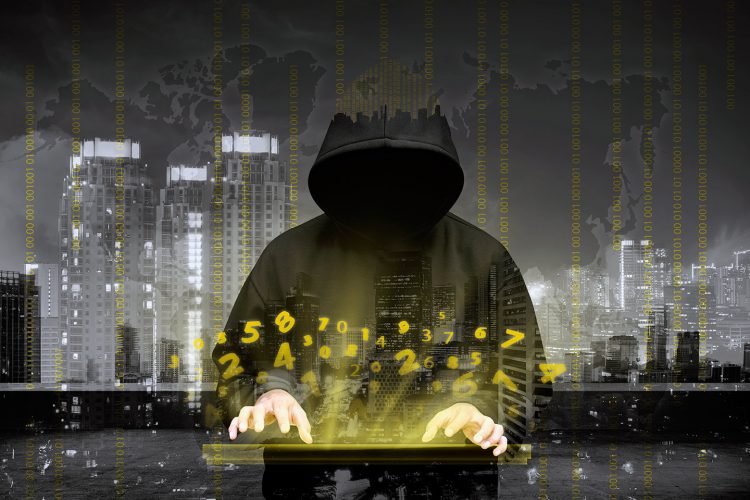 The following is the first of three blog posts reporting on discussions at a workshop held in the Swiss Federal Institute of Technology, ETH Zurich, Switzerland on 25 August 2016 under the auspices of the UN Counter Terrorism Committee Executive Directorate (UNCTED) and the Swiss-based ICT4Peace Foundation and their joint project on ‘Private Sector Engagement in Responding to the Use of the Internet and ICT for Terrorist Purposes.’ Supported by Microsoft, Facebook, Kaspersky Lab, and the governments of Spain and Switzerland, the project seeks to deepen understanding of the private sector—notably technology and social media companies—response to how terrorist groups  are using the internet and ICT for terrorist purposes in the context of a number of UN Security Council Resolutions and reports.

In terms of publishing content, one participant stressed that between January and July 2016 the amount of original content generated by Islamic State in Iraq and the Levant (ISIL) had actually fallen more than 70 percent when compared with December 2015. Such a sharp decline in the volume of digital output by ISIL was largely attributed to the “supply-side” issue of fewer active social media users posting propaganda material online due to the continued military pressure exerted in Iraq and the Syrian Arab Republic, which was resulting in major military setbacks and overall capability degradation for ISIL. New content published in December 2015 was around 60 items per day, according to one workshop participant, but by July 2016 this had dropped to fewer than 20 items.

Some argued that this could also be the result of the efforts of grassroots counter-narrative campaigners who are becoming more adept at hijacking ISIL hashtags, see for instance #isischan, or reporting accounts that appear to sympathise with terrorist groups. Further and continuous analysis on the development and publishing of original digital output by ISIS and similar groups was recommended.

Using the Internet and ICT to Groom and Radicalise

According to participants, ISIL has developed a two-way communications strategy that aims to “push” and “pull” recruits through a process of deep socialisation of content by online interest communities. On this point there was discussion around the concept of radicalisation to violence and some opposition to the notion that online violent extremist content alone was enough to radicalise individuals to commit terrorist acts. A number of participants stressed that there was no significant body of evidence that suggests that online content alone is sufficient to radicalise vulnerable individuals to violence. Some workshop participants argued that terrorists acting alone or in small cells is the fastest growing type of terrorism and is also the least understood. Such attackers are heavily influenced, it was suggested, by content hosted on the Internet and curated on social networking platforms, although there is limited agreement on this.

For some, radicalisation tends to take place in a short time within such closed virtual online communities. In the case of the foreign terrorist fighters (FTFs) in Syria, research by one participant has shown that the internet played a critical role in radicalising some 50 percent of these. Furthermore, 12 percent of these FTFs were found to be minors. However, while the Internet and social media clearly play a part in radicalising individuals, other workshop participants stressed that they may only play a facilitating rather than a causative role in the process.

Using the Internet and ICT to Support Operations

One encryption expert suggested that very little of the technology used by terrorists during operations is sophisticated. In general, and according to an assessment of the recent attacks in Europe, they have tended to adopt a low-tech approach. For instance, the Paris attacks of 2016 demonstrated that using simple technology such as burner phones was as effective as sophisticated encrypted messaging in terms of avoiding or circumventing law enforcement.

One participant explained that terrorist groups typically use low-tech solutions such as trading pre-paid mobile cards to source and transfer funds. Nonetheless, some experts noted an increase in the use of crowdfunding facilitated by online platforms. Furthermore, some terrorist groups are expressly marketing crypto-currencies such as BitCoin as potential platforms to help support funding their operations. The entry point for using such technologies is currently too high, however, for widespread adoption.

Participants also argued that governments could potentially use events such as the Paris terrorist attacks of November 2015 as justification for unnecessary and disproportionate surveillance programmes. In the case of the Paris terrorist attacks, the suspected chief planner and leader of the Verviers cell, Abdelhamid Abaaoud, used ISIL’s propaganda magazine Dabiq in January 2015 to boast about his plans to carry out a terrorist attack in Europe and then explained how he could “plan operations” and come and go as he pleased despite the fact that “[his] name and my picture have been all over the news.”

This same issue of Dabiq also included an interview with Hayat Boumeddiene, the wife of Paris kosher supermarket attacker Amedy Coulibaly. According to a number of workshop participants, government agencies should focus on collecting and analysing such material published by ISIL before contemplating invasive surveillance programmes. Others questioned whether intelligence and law enforcement agencies are paying enough attention to such material when evaluating potential terrorist threats.

A number of efforts are underway globally and in Europe to respond to the use of the Internet for terrorist purposes. Major global technology and social media companies such as Microsoft, Facebook, Google, and ASKfm have been engaged on these issues for some time, often in response to civil society or government pressure, which is now also extending to smaller companies.

In Europe, three regional bodies in particular—the European Commission (EC), the Council of Europe (CoE) and the Organisation for Security and Cooperation in Europe (OSCE)—have undertaken initiatives, some in conjunction with major technology and social media companies and others in conjunction with academia and civil society organisations, to deepen understanding of the issues at hand and shape a normative and operational response.

Beyond Europe, non-governmental efforts such as those led by the Global Network Initiative (GNI), which brings together the major technology, social media and telecommunications companies, are also proving influential in terms of shaping or promoting principles and norms to guide private sector action in this area. The following section highlights some of these efforts.

i. The European Commission

ii. The Organization for Security and Co-operation in Europe (OSCE)

The OSCE representative at the workshop stressed that its membership is committed to developing a co-operative approach in the fight against terrorism, including the establishment, where appropriate, of public-private partnerships (PPP) between state authorities, the business community, civil society and the media. In its view, PPPs should be based on voluntary, reciprocal and trust-based collaboration between stakeholders. Over the past three years, the OSCE has organised some ten national seminars together with OSCE field operations to facilitate the exchange of good practices and lessons learnt. Additionally, in 2015 under Serbia’s Chairmanship, the OSCE Secretary General launched an organisation-wide communication campaign with the slogan ‘OSCE United in Countering Violent Extremism’ (#UnitedCVE). The organisation is currently in the process of developing an e-learning module to provide training on Countering the Use of the Internet for Terrorist Purposes.

iii. The Council of Europe (CoE)

The Council of Europe (CoE) representative summarised the ways in which the organization is supporting initiatives and research programmes in this area. The presentation focused particularly on the CoE’s work with respect to protecting freedom of expression online and offline and combating terrorism. The CoE has published a broad range of research on these matters, including a comparative study, in partnership with the Swiss Institute of Comparative Law, on filtering, blocking, and take-down of illegal content on the Internet, which compares policy and practice across the organisation’s 47 member States, describing and assessing both the legal framework and the relevant case-law and practice in the field and assessing the impact of those measures on freedom of expression. Additionally, the CoE has established a number of committees that focus on specific challenges. The Steering Committee on Media and Information Society (CDMSI) considers the media and issues relating to internet standards, while the work of MSI-NET evaluates the roles and responsibilities of Internet intermediaries and on human rights implications regarding algorithms.

The GNI was established to support ICT companies in light of increasing pressure by governments “to act in ways that may impact the fundamental human rights of privacy and freedom of expression”. More specifically, the organisation provides a framework for companies, rooted in building trust and international standards; ensures accountability of ICT sector companies through independent assessment; enables opportunities for policy engagement; and creates shared learning opportunities between different stakeholders. The GNI representative explained how the latter has allowed the organisation develop a unique multi-stakeholder collaborative forum of ICT companies, human rights and press freedom groups, academics and investors that work to protect and advance freedom of expression and privacy in the ICT sector.