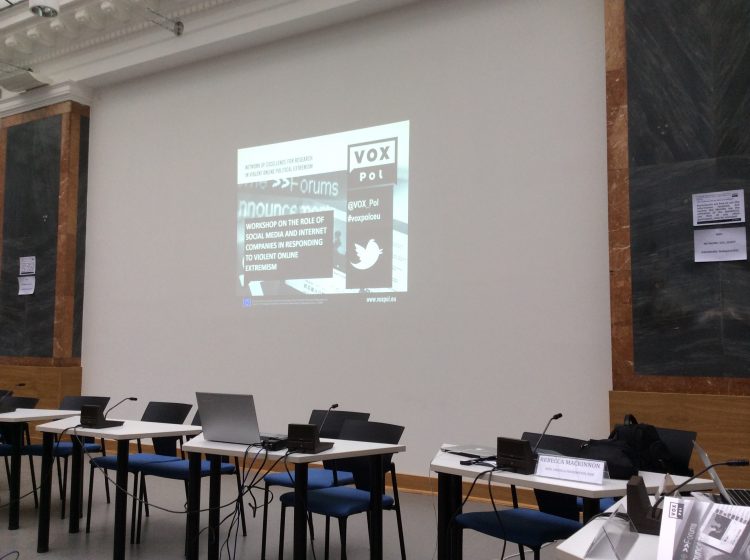 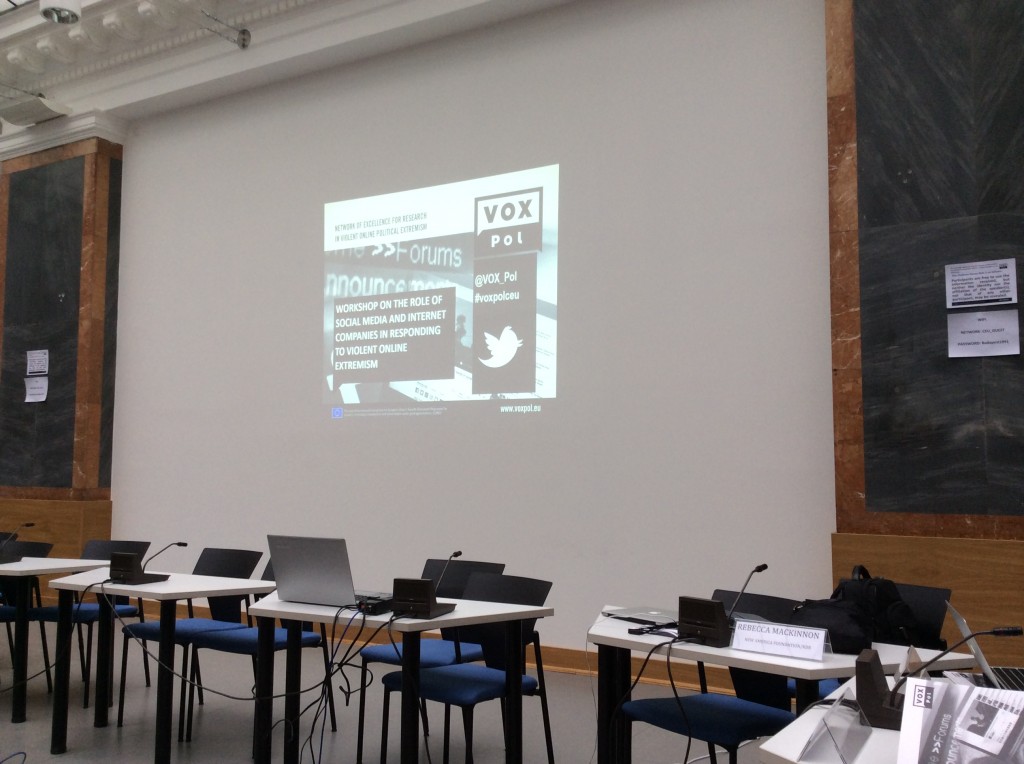 Social media companies, law enforcement agencies and free speech activists all agree that open discussions among them are useful and necessary in dealing with the issue of social media being used as a recruitment tool by violent radical groups such as ISIS, VOX-Pol’s Dr. Maura Conway has said.

Speaking to techPresident shortly after conclusion of VOX-Pol’s Workshop on the Role of Social Media and Internet Companies in Responding to Violent Online Extremism, Dr.  Conway described the event as “a start in terms of getting a diversity of stakeholders together and putting the relevant issues on the table.” All stakeholders who attended the workshop spoke of how “relatively rare it is for them to sit down and exchange views,” she told techPresident. “No general consensus was arrived at, but there was definitely an appetite for conversation and debate on all sides. Almost everybody agreed that open multi-stakeholder discussions such as these are useful and need to continue.” Read the full article here.

The Workshop on the Role of Social Media and Internet Companies in Responding to Violent Online Extremism was held at the Center for Media, Data and Society at Central European University in Budapest, from 5 – 6 March. Nearly 40 experts from policymaking, human rights groups, free speech and data privacy activists, law enforcement, social media and academia participated in the event.

RT @ErasmusIMSISS: Check out this thread on how #Intelligence Analysts can successfully work away from the office. Our #IMSISS partner @VOX…
- Wednesday May 27 - 5:55pm

Thanks to @TwShiloh for this great thread on the usefulness, based on his experience as an intel practitioner, of… https://t.co/4LoJTVy4V8
- Wednesday May 27 - 5:17pm

FacebookTwitterLinkedinPinterestemailVOX-Pol is pleased to launch a new section on our website, titled Researcher Resources. This essential and easy to navigate resource collects and categorises...
Read

How Extreme is the European Far-Right: A Twitter Analysis

FacebookTwitterLinkedinPinterestemailRead in German This blog post presents an edited section from the full report, available in both English and in German . By Reem...
Read

Comparing Topic and Tone of Tweets by Far-Right Political Parties Versus Right-Wing Extremist Movements in the Netherlands, UK, and Germany

FacebookTwitterLinkedinPinterestemailBy Suzanne Mos The Internet is a good place to get a sense of what topics certain groups or movements deem important. In this...
Read

FacebookTwitterLinkedinPinterestemailVOX-Pol’s Coordinator, Professor Maura Conway, was interviewed for a new report on Online Extremism by the UK Parliamentary Office of Science and Technology (POST)....
Read

Livestreaming the ‘wretched of the Earth’: The Christchurch massacre and the ‘death-bound subject’

The Lure of (Violent) Extremism: Gender Constructs in Online Recruitment and Messaging in Indonesia

From Theatres to Cyberspace: The Media and Terrorism