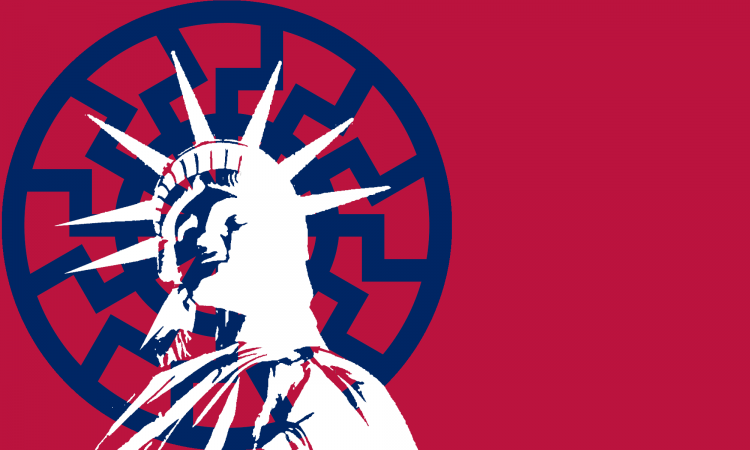 White nationalism, which advocates against multiculturalism in favour of an ethnic and cultural state linked to a mythologised European identity, has become an increasingly high profile movement over the past five years. Anders Breivik in Norway, Dylan Roof in America, and (to a lesser degree) Thomas Mair in the United Kingdom all had white nationalist motivations behind their murders. Breivik and Roof created manifestos which showed an exposure to white nationalist websites had played a role in their radicalisation.

A study titled Nazis vs. ISIS on Twitter by J.M. Berger, found a 600 per cent growth in followers for major white nationalist accounts on Twitter since 2012 (i.e. c.22,000 new followers). Of these, around 19,000 joined in 2015 and 2016, over the course of the American presidential election cycle. The growth in white nationalism is concerning given the history of violence it has inspired, and the closeness of Steve Bannon, head of a ‘news’ organisation notoriously frequented by white nationalists, to the President-elect of the United States.

White nationalism itself is not a straightforward term, but a broad umbrella with a considerable amount of contestation between and within individual factions over issues such as Judaism and homosexuality. Outside of established organisations such as the Klu Klux Klan, the offline presence of the movement has a limited powerbase. For this reason, their use of digitally mediated violence is primarily a method of maintaining control online and gaining publicity rather than encouraging offline recruitment. The white nationalist response to offline violence is also not straightforwardly sympathetic. Whilst in Britain, National Action showed support for Thomas Mair, the murderer of MP Jo Cox, other white nationalists (including Andrew Anglin of the Neo-Nazi Daily Stormer) have attempted to claim that their online violence is symbolic rather than literal, in order to maintain a degree of distance and/or mainstream legitimacy.

The inexorable growth in white nationalist online activity can partially be traced to its canny branding as a defensive ideology, which seeks to protect ‘white culture’ against dangerous forces, particularly Muslims and Jews. In the case of the former, white nationalists use images of ISIS atrocities, terrorist attacks such as Berlin and Nice, and attacks by refugees (leading to the hashtag ‘rapefugees’) to argue against multiculturalism and in favour of the need for violent defence of white men and women. In the case of the latter, the images largely represent a 19th and 20th century view of the essential evil of Judaism, with governmental and financial power represented as under Jewish control. White nationalism places these religions (as well as illegal immigrants, African-Americans, and the media) within a narrative of a globalist, left-wing conspiracy, which seeks to undermine the positions of Europeans and their descendants.

In this way, the movement casts online violence as self-defence whilst effectively trying to render spaces unsafe for those with different opinions. The treatment of Jewish journalists on Twitter, for example, has been documented by the Anti-Defamation League (ADL) which identified 19,253 explicitly anti-Semitic tweets sent to Jewish journalists between August 2015 and July 2016. Memes related to the Holocaust were common, with Jewish journalists such as Julia Ioffe (who interviewed Melania Trump) photo-shopped in as victims of concentration camps.

Later, as Twitter began to ban some of the most egregious extremists, Jewish usernames were marked with parentheses to allow them to be more effectively attacked by other white nationalists. When this symbol became common knowledge, slang which is more difficult to search for became common (such as use of term ‘skypes,’ rhyming slang for the slur ‘kikes’). Whilst not all white nationalist tweets are explicitly violent, they act as a force multiplier for more extremist rhetoric by further supporting an atmosphere of intolerance. The net effect of this discourse, combined with techniques such as doxing (i.e. the online dissemination of individuals’ private, sometimes intimate, and/or identifying information), is to force opponents from the sphere of public debate, denying them the possibility of speaking for fear of retaliation, including violence.

Whilst the adaptability of white nationalist extremism has made it difficult to deal with, the movement’s dependence upon mainstream media coverage offers the central path to combatting it. As a movement without a central base and still a part of the political fringe, white nationalists use their offensive, violent rhetoric to gain the media attention necessary to disseminate their message and gain political validity. When Twitter banned more prominent members, they moved to ‘free speech’ alternative Gab. Platforms such as Gab and Reddit-clone Voat limit the general public’s exposure to white nationalist extremism, mirroring older insular white nationalist spaces such as Stormfront. This will not stop the sort of self-radicalisation that Roof and Breivik underwent; nevertheless, isolating white nationalism to exclusively far-right forums and denying it the publicity on which it thrives might contain the online threats of violence that have become increasingly ubiquitous over the past two years.