In one 24-hour period, 65% of Twitter accounts tweeting out-links to IS propaganda were suspended within 17 hours 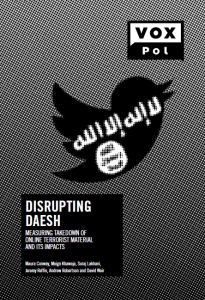 VOX-Pol researchers from Dublin City University, together with colleagues from the University of Sussex, have found that the social media platform, Twitter is becoming less effective for the so-called ‘Islamic State’ (IS), due to the rapid take-down rate of pro-IS accounts from the site. The Researchers found that IS accounts faced “substantial and aggressive disruption.”

However, the researchers warn that as the predominant focus for disruption is IS, it has enabled a wide range of disparate other violent jihadi groups to maintain a strong social media presence.

“Our study seeks to measure the impact of social media disruption of terrorism content and how effective the monitoring and removal of such content has been. Our findings show that Twitter is strongly focused on disrupting Islamic State, which means that the platform is now a much less conducive environment for the group than it once was. However, this has enabled other violent jihadi groups to maintain their presence and to continue to spread their message with much less hindrance than that faced by IS,” commented VOX-Pol’s Coordinator, Prof. Maura Conway.

The research analysed extremist account and terrorist content takedown by social media platforms, with the aim of accurately measuring this activity and its impacts. It challenges the idea that Twitter remains an effective environment for IS, but points out that not all jihadists on the site experience the same level of disruption.

A level of differential disruption occurring between pro-IS and “other” jihadi accounts was identified.

Furthermore, in a case-study of a twenty-four hour period between April 3 – 4 2017 analysing 153 pro-IS accounts that shared out-links to official IS propaganda, 65% of these accounts were suspended within the first 17 hours.

The research also highlights that Twitter is just one part of a wider jihadi social media network as an analysis of out-linking activity during dates in March, April and May 2017, found that pro-IS accounts linked to 39 other sites. Of these, six sites dominated: YouTube, Google Drive, justpaste.it, IS’s own server, archive.org, and sendvid.com.

The research recommended that while social media systems can gather large amounts of data quickly, the analysis of this should be done in combination with trained human analysts.

It also stressed the importance of examining the whole jihadist social media environment and of taking other groups into account besides IS, including particularly Hayat Tahrir al-Sham (HTS), as well as examining the activity of IS and other jihadist activity on Telegram.

Prof. Maura Conway, Co-ordinator of VOX-Pol and Professor of International Security at the School of Law and Government, DCU is available for media comment. Follow Prof. Conway on Twitter @galwaygrrl.

Dr. Suraj Lakhani, Lecturer in Criminology and Sociology in the Department of Sociology at the University of Sussex, is available for media comment. Follow Dr. Lakhani on Twitter @surajlakhani.

Dr. Jeremy Reffin, co-founder of the TAG Laboratory at the University of Sussex, is also available for media comment, particularly as regards the technology used to undertake the research. 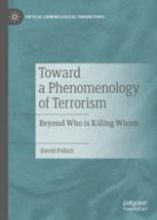 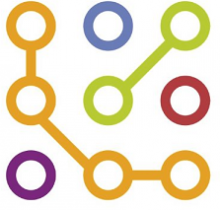