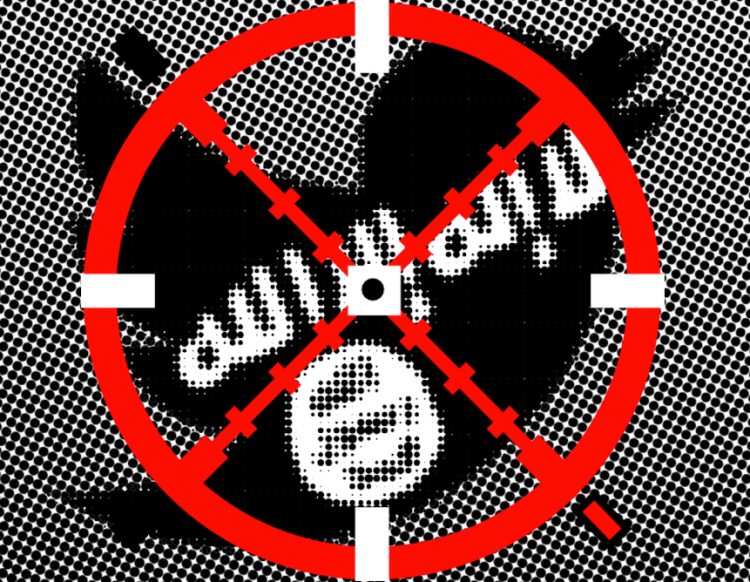 By Maura Conway and Suraj Lakhani

This post is based on findings contained in the VOX-Pol report Disrupting Daesh: Measuring Takedown of Online Terrorist Material and its Impacts published on 15 August 2017.

Alongside the fierce battles that have been raging of late in key strongholds of so-called Islamic State (IS) in Syria and Iraq, intense battles against Islamist extremism have also been taking place online, particularly on social media platforms including Twitter, Facebook and YouTube.

In our recent research we looked more closely at the fight against IS on Twitter. While we found the majority of IS accounts were being quickly suspended, accounts linked to other extremist groups were not.

The use of social media by a diversity of violent extremists and terrorists and their supporters has been a matter of concern for law enforcement and politicians for some time. In the aftermath of the London Bridge attack in June 2017, the British prime minister, Theresa May, reiterated her warning to online companies, including Twitter and Facebook, to eradicate extremist “safe spaces”.

As one of IS’s preferred social media spaces, Twitter has been subject to particular scrutiny. The company maintains that its strategies for disrupting pro-IS content and accounts have become more effective in recent years. From mid-2015 through to January 2016, Twitter claimed to have suspended in the region of 15,000 to 18,000 IS-supportive accounts per month. This disruption activity ramped up considerably from mid-February to mid-July 2016, according to Twitter, increasing to an average of 40,000 pro-IS account suspensions per month.

In our research, undertaken in February to April 2017, we sought to determine how effective Twitter’s disruption strategies actually are. Disruption refers here to the take down of content and the suspension of accounts.

Our dataset consisted of 722 pro-IS accounts. Some were identified based on their avatar or carousel image containing explicitly pro-IS imagery or text. Other accounts were included if they had at least one recent tweet (not just a reweet) by the user containing explicitly pro-IS content, such as referring to IS as Dawlah, meaning state, or their fighters as “lions”. The same parameters were used to categorise non-IS jihadist accounts. We excluded so-called “throwaway” accounts that had no followers.

These results are in stark contrast to the findings of seminal research undertaken by JM Berger and Jonathan Morgan on IS supporter accounts in 2014. In their analysis of 20,000 such accounts between September 2014 and January 2015, they observed suspension of just 678 accounts, which accounted for a total loss of just 3.4%.

But while it appears that Twitter is now severely disrupting pro-IS accounts on its platform, our research found that other jihadists were not subject to the same levels of take down.

Their longer life meant that non-IS jihadist Twitter accounts had the opportunity to send six times as many tweets, follow or “friend” four times as many accounts and, critically, gain 13 times as many followers as pro-IS accounts.

We believe that our pro-IS Twitter account dataset is as close as possible – taking into account some caveats detailed in our report – to a full dataset of explicitly IS-supportive accounts with at least one follower for the period studied. The dataset of other jihadist accounts, on the other hand, no way reflects the true number of these accounts on Twitter.

Our research shows that Twitter is no longer a conducive space for IS supporters. Twitter’s aggressive pro-IS account take-down activity means that the once vibrant and extensive IS Twitter network is now almost non-existent.

The almost exclusive focus on IS’s Twitter activity by researchers and others means that the online activity, including the Twitter activity of non-IS jihadis, the extreme right, and others, has largely gone under the radar. Professionals working in this area such as content moderators, law enforcement officers and researchers need to pay more careful attention to this activity going forward. This should include a focus on the diversity of other platforms besides Twitter being used by the whole range of other violent extremists and terrorists.

The migration of the pro-IS social media community from Twitter to the messaging service Telegram particularly bears watching. Telegram currently has a lower profile than Twitter with a smaller user base and higher barriers to entry, with users required to provide a mobile phone number to create an account. While this means that fewer people are being exposed to IS’s online content via Telegram, and are thereby in a position to be radicalised by it, it may mean that Telegram’s pro-IS community is more committed and therefore poses a greater security risk than its Twitter variant.

Dr. Suraj Lakhani is Lecturer in Criminology & Sociology at the University of Sussex. Prof. Maura Conway (Dublin City University) is the Coordinator of VOX-Pol. Suraj and Maura, together with Moign Khawaja, Jeremy Reffin, Andrew Robertson, and David Weir, are the authors of the VOX-Pol report Disrupting Daesh: Measuring Takedown of Online Terrorist Material and its Impacts (2017).