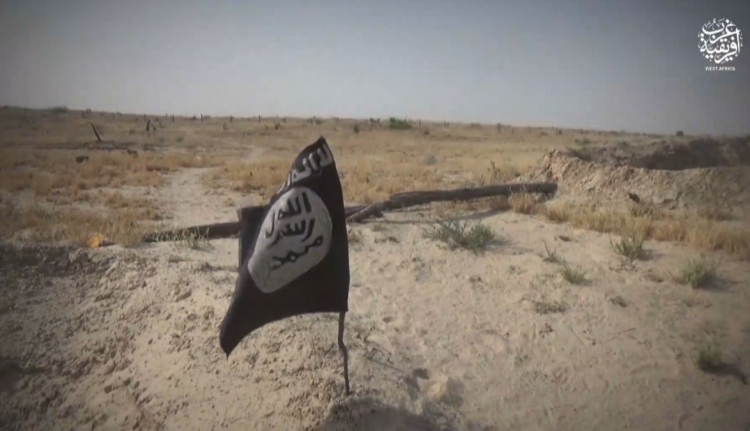 It has been almost two years since the Islamic State, also known as IS or ISIS, lost its final stronghold in eastern Syria and four months since its leader Abu Bakr Al Baghdadi was killed in a US military raid. Have these two game-changing events led to the demise of the group that once brutalised millions of people in Iraq and Syria and sent shockwaves around the world with its terrorist violence? This article takes the pulse of the so-called Islamic State, also known as IS or ISIS.

ISIS, which at its peak in early 2015 controlled an area the size of the UK and a population of around 11 million, was gradually dismantled in Iraq and Syria by two coalitions: the US-led Syrian Democratic Forces (SDF) and the Russia-backed Syrian Army. The former coalition dislodged IS from major cities in Iraq and Syria such as Mosul and Raqqah while the latter ejected it from vast hinterlands across eastern and southern Syria, and pockets near Damascus and the Occupied Golan Heights. As a result, ISIS completely disintegrated and much of its remnants retreated to hideouts in eastern Syria and northern Iraq where the terrain favours guerrilla warfare.

So where does ISIS stand now? Does it have any chance of making a comeback on the ground?

Recently, ISIS has been carrying out several frequent hit and run attacks on Syrian Army positions and those of its allies near major towns along the banks of the Euphrates River close to the Syria-Iraq border and their bases in the desert in south-eastern Syria, which have led to considerable losses.

At the same time, ISIS has also mounted attacks across Iraq’s western, central and eastern regions, which resulted in Iraqi army casualties, and those of allied paramilitary units and members of tribal forces. The attacks are indiscriminate and often claim the lives of innocent civilians too.

Meanwhile, ISIS has carried out several deadly attacks in Africa’s Sahel region including in Niger, Nigeria, Mali, and Burkina Faso. Its two most recent attacks on military bases in Niger claimed the lives of at least 160 soldiers.

The recent rise in frequency of ISIS attacks comes in the wake of the US assassination of Iranian General Qassem Soleimani who was the commander of Iran-led anti-ISIS forces, who personally led several campaigns against the terrorist group that contributed to its defeat in Iraq and Syria. Masrour Barzani, the prime minister of the semi-autonomous region of Iraqi Kurdistan, said in an interview that US-Iran tensions are helping ISIS regain strength.

The president of Afghanistan, on the other hand, has claimed triumph against ISIS, also known as Islamic State’s Khorasan Province (ISKP) affiliate, and reports coming from the ground do seem to indicate a significant decrease in violent attacks in the war-torn country. The terrorist group has orchestrated several violent, high-casualty attacks in Afghanistan, including one last year which killed at least 92 people in a Kabul wedding hall.

However, ISIS is far from defeated in Afghanistan. It also seeks to benefit from splinter Taliban groups who may prefer joining ISIS rather than surrendering their weapons in case of a US-Taliban peace deal.

Cairo has been waging a bloody campaign to weed out IS Sinai Province militants who have been active in the peninsula since 2013. Success remains elusive so far as attacks continue. ISIS elements in Sinai province blew up a gas pipeline on 2 February 2020, and vowed renewed attacks on Israel as part of its new phase of jihad, which was announced by Amir Mohammed Abdul Rahman Al Mawli Al Salbi, successor of slain leader Abu Bakr Al Baghdadi.

While ISIS terrorists are actively waging violent attacks on the ground in several countries around the globe, its supporters are also busy carrying out their jihad online.

In their latest Arabic language weekly paper Al Naba, released online on 6 February 2020, ISIS claimed it killed 147 people in Burkina Faso in recent weeks while also denouncing US President Trump’s so-called “Deal of the Century”. The paper also termed Corona virus a “curse from God” to the “infidel Chinese” while offering advice on preventative measures.

While popular communications app Telegram remains the go-to platform for ISIS supporters, thanks to its end-to-end encryption, secret chatrooms, and self-destructing messages, online jihadis have also experimented with a whole host of platforms in recent years, including rocket.chat, TikTok, Google +, Riot, Hoop and TamTam, among many others. Their efforts to establish and entrench their networks on these platforms have been varied, with some subjecting ISIS and their supporters to wholesale disruption and takedowns but others responding less intensively and swiftly.

From politicians to analysts, there seems to be a consensus that as long as the same conditions persist that led ISIS to rise up in the first place, its resurgence will continue. The brutal war in Syria continues unabated in its ninth year while Iraq still struggles from major issues such as corruption, sectarianism, unemployment, economic mismanagement and poor governance – ideal conditions for ISIS to flourish and attempt to stage a comeback.

Similar conditions also persist in Africa’s Sahel region and Afghanistan, which means ISIS will maintain its presence in one form or the other until the root causes are addressed through a dialogue between host countries and the international community, especially the Western bloc.

Most Western countries, including the USA, have refused to repatriate their citizens suspected of joining ISIS back to their homes and left them completely at the mercy of non-state actors such as Syrian Democratic Forces, who struggle to deal with thousands of imprisoned IS fighters and their families, or state actors such as Turkey, which has had a chequered history when it comes to its dealing with the supporters of the terrorist group.

As a result, internally displaced persons (IDP) camps such as Al Hawl in north-eastern Syria have become cesspools due to deteriorating humanitarian conditions, making them ideal breeding grounds for the next generation of the Islamic State.

As the military conflict between Syria and Turkey deepens and tensions and wrangling between the US-led and Russia-led coalitions continue over the peace process in Syria, which threatens to prolong the conflict and dampens any hopes of stability and progress in the region, IS stands to be the only party whose future seems bright.

Moign Khawaja is a PhD candidate at Dublin City University (DCU). His research focuses on the assessment of IS’s projection of stateness in their official videos. Moign has also worked as a multimedia journalist for BBC Radio and Times of Oman. You can follow him on Twitter: @moignkhawaja

This article was originally posted on RTÉ Brainstorm website. Republished here with permission from the editor.

From the French Revolution, the First Amendment and the Third Reich to Twitter and Facebook: The Impact of Legal Histories on the Fight Against Online Extremism – Part 3: Germany