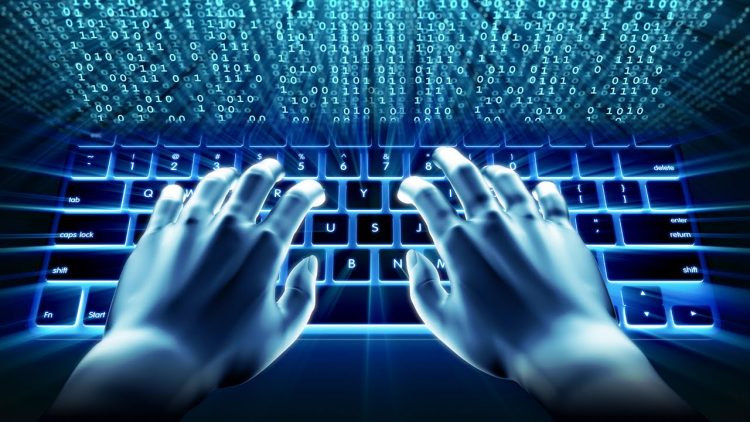 By Brad Galloway and Ryan Scrivens

2017 saw an increase in the on- and offline activities of organised hate groups in various parts of the Western world, including – but, indeed, not limited to – the US, Canada, and the UK. Some have attributed this spike to the current political climate in the West, from Trump’s shocking US presidential election victory to the rise of right-wing populism in Europe. Others, however, have argued that hate groups have been gaining momentum in the past number of years, particularly online. Despite these debates, one point of agreement is that the Internet has played a critical role in connecting hate groups from around the globe.

It should come as no surprise, then, that researchers have investigated how hate groups connect and communicate in hateful corners of the Web. However, much less is known from an insider’s perspective about this growing phenomenon. This past summer, former-right wing extremist Brad Galloway was at the Terrorism and Social Media Conference hosted at Swansea University, where he presented a paper titled ‘The Hidden Face of Organized Hate Groups Online: A Former’s Perspective.’ Drawing from his experience in Canada’s right-wing extremist movement, Brad shed light on his online activities during his time in the movement, with a particular emphasis on how he – and others in organised hate groups – recruited people online. He also provided an inside look at the impact that the Internet had on the movement during his involvement.

After the conference, we caught up with Brad to discuss some of the key takeaways from his presentation.

E.d.: Describe your involvement in the right-wing extremist movement.

Brad: I was involved in Canada’s extreme right-wing movement, both in Toronto and Vancouver, for 13 years from 1998 until I left in 2011. I eventually became president of an international white separatist group. I was also a networker, recruiter, and leader in the movement, and I was very much active online and offline. What’s unique about my trajectory, though, is that I was involved in the movement when the Internet first became mainstream, so I saw firsthand the impact it had on the movement. I became active online by sharing white power music on different sites, I was also trying to radicalise and boost membership on white power websites, discussion forums, and instant messaging channels.

E.d.: In your presentation, you discussed how you used the Internet during your involvement in the right-wing extremist movement? Describe some of your online activities.

Brad: In the beginning, when I first got involved in the hate scene, I used the Internet a bit here and there, but it was mostly to buy, download, and share white power music – sharing sites such as Napster, or websites hosted by white power record labels, such as Resistance Records. But I also used music sharing sites – like Napster – to connect with others who listened to white power music. Music was a powerful tool that connected us.

Towards the middle of my involvement in the movement, in the mid-2000s, I became more and more active online, particularly in discussion forms. I was drawn to them because I could be anonymous – hence the title of my presentation, ‘The Hidden Face of Organised Hate Groups Online.’ In many respects, we could remain hidden online during our operations. Because I was trying to mobilise the movement and recruit people into organised hate groups, anonymity was key.

I would also use web-forums to advertise for hate groups and promote different concerts or events we were organising, all while discounting the activities of other hate groups who we didn’t get along with. I also moderated our group forum, as well as organised and took part in online meetings between different chapters or groups on white power forums and instant messaging channels such as MSN Messenger.

The Internet had a huge impact on the movement: we became international. We were connected with every white country in the world. It increased our ability to connect and be visible.

E.d.: In your presentation, you described Stormfront as the oldest and most visited web-forum of the right-wing extremist movement. What impact did it have on the movement during your involvement?

Brad: Stormfront has had – and is still having – a major impact on how right-wing extremists connected and communicated with other members of the movement; its accessibility, availability, and international reach was ground-breaking for the movement. It was the online hub of the movement, a virtual community if you will. Most of the discussions were open access, meaning that you didn’t need a password to view them.

It gave us a centralised space where we could connect with and recruit others not just in our local communities, but from around the globe. Rather than having to meet in traditional offline spaces, which were largely localised – such as pubs or private residences – we could connect with others in chat forums, and with a much lower chance of being caught by law enforcement. Stormfront also had a discussion section for youth, a section for women, and national and regional areas. So basically it catered to people with like-minded views from all over the world.

We used Stormfront to advertise and promote our group and upcoming events, and we used it to funnel users to our password-protected group forums, in hopes of gaining new members.

E.d.: In your presentation, you outlined how you recruited people in the online space. How did this process work?

Brad: Online recruitment was a vetting process. I would visit popular forums like Stormfront, identify new or long-time users, and I would study their posting behaviour.

First, I would get a sense of what they were talking about, asking myself: are they too overt about their radical views, or are they covert? Second, I would gauge whether their posts were coherent and get a sense of whether they had done their research on the movement. Do they know who wrote some of the key teachings in the white power movement? Are they familiar with the subculture?

Typically, we avoided people who were overtly talking about Nazism, for example, or ranted and raved about the Holocaust. We stayed away from these people; they were too much of a risk for us – as an organised hate group – because different agencies like law enforcement agencies or anti-racist groups would go on our forums, engage in conversations with us but try to infiltrate our groups. We also had other people participating in our forums who were obsessed with discussions about violence, so we feared that they may be violent sociopaths. We also had what we called “Internet warriors” or “keyboard commandos” who were a waste of our time. They would hide behind their computers, engage in discussions with us, but they would never meet us offline.

Third, if I thought that a forum user’s posting activity was in line with what our group was about, I spent some time studying their profile information and decided whether they were worth contacting. Worth contacting were users whose:

On the other hand, I would not contact a user if they:

To further illustrate, if a user’s name was “AdolfHitler1488”, their avatar picture was an image of a swastika, and they posted 50,000 messages on the forum, I definitely wouldn’t contact them. For all I knew, they could be a cop, a sociopath, a kid, or just another Net warrior. But if a user’s name was subtler, such as “Celticguy”, and their avatar image was of a life rune and they posted 200 messages, then I might reach out to them.

If a potential recruit met all of my criteria, then I would most likely reach out to them by private message on the forum, asking them to join our private group forum. From there, I would sit and wait, in hopes that they would visit our group forum and engage in discussion. And if they took these steps, I would contemplate whether or not I should invite them to meet in person.

Overall, we could slowly vet a person online, for as long as it took. This was much easier to do than vetting someone offline because we could send a potential recruit a link to one of our websites or provide them with some information, all from the comfort of our homes. Our goal, though, was to get potential recruits from the online to the offline. We also wanted to recruit more people so they could help us recruit others online.

E.d.: Increasingly, terrorism and extremism researchers are drawing parallels between online activities that transform into offline activities. What would you say to them, based on your experience in the movement, about this dynamic?

Brad: Many extreme right-wing groups are operating online with the goal of meeting in person. We did it, and I’m seeing groups doing it now. Keep in mind that for some groups, their purpose is to take back their country – and with violence if needed – so they can’t do that from behind a computer. They want to connect the cyber world with the offline world.

The groups I was part of were using the Internet and discussion forums to advertise their events. Say, for example, our group was hosting an event or a concert: we would advertise the event by posting flyers to large discussion forum, such as Stormfront. After we generated some buzz about the event, we would create a separate area where people could comment and ask questions or give feedback on the event.

E.d.: Finally, do you think contemporary right-wing extremists use the Internet in similar ways to when you were involved?

Brad: I would say both ‘yes’ and ‘no.’ ‘Yes,’ in the sense that they are still using discussion forums such as Stormfront and other group forms, but we’re also seeing an increase in their usage of social media platforms, such as Facebook, Twitter, and other communication channels like 4chan and subreddits. Now we have a much larger pool of online spaces that a new generation of radical users can communicate on – many more spaces than we had. All of these social media platforms are assisting these individuals in connecting with like-minded others and spreading their radical messages. Sadly, these online platforms are exploding with hateful sentiment. The Internet is becoming more significant for the sustainability of the international hate movement.

Brad Galloway is an undergraduate student in the School of Criminology and Criminal Justice at the University of the Fraser Valley. His research interests include youth recruitment in the right-wing extremist movement and the network structure of right-wing extremist groups. You can follow him on Twitter @bjgalloway1717.

Can AI help us identify and stop terrorist attacks?