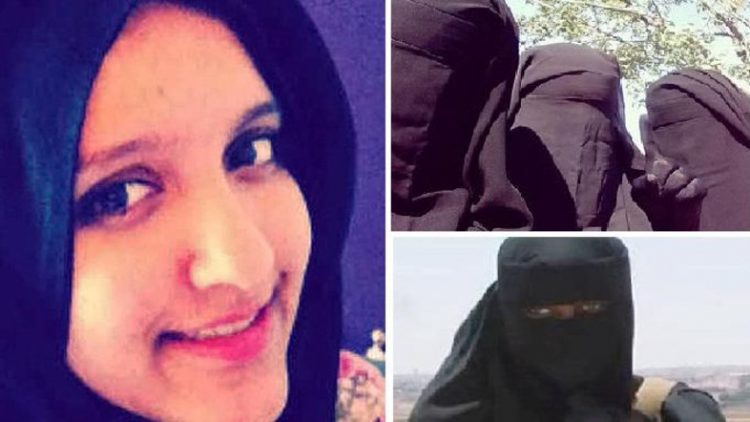 Press reporting about the travel of three young United Kingdom-based females suggests that a Syria or Iraq-based United Kingdom national recruited them or was in someway responsible for their travel via contact on the Internet and possibly social media platforms. There has been much speculation about the role of the internet in recruiting foreign fighters – or should that be foreign terrorist fighters, a useless term, if ever there was one – and how the internet is playing a new role and has contributed to the significant increase in the numbers of persons traveling to Syria and Iraq. It may be more helpful to think of the alleged role of Umm Layth with up to 8 travellers reported to have been involved with her, more in terms facilitation and not just one of recruitment.

The debate about the role of social media and and the influence on jihadist activity or more generally political violence, is long from being resolved but the focus on terms like recruitment and brainwashing overstate one aspect of what is occurring. Social media, might be, less of a recruitment tool, and more, a powerful facilitation tool, which has bridged a significant gap in foreign fighter and more broadly jihadist mechanisms for joining the jihad. As the Monkey Cage has noted, “In short, cellphones and social media platforms allow activists and rebels to share information, recruit new followers and circumvent regime obstacles in ways and at speeds not previously possible.” Social media is not just about recruitment but also about facilitation.

A limited amount of academic research has previously identified facilitators as individuals of interest in relation to terrorist activity. This research has suggested that facilitators and facilitation have the ability to influence the outcomes of the activity of terrorist networks. The role of a facilitator is to connect would-be foreign fighter volunteers with an insurgent or terrorist group in another country. The Dutch authorities define a facilitator as a person who gives or has given others “the opportunity, means or information in support of the jihadist struggle”.The cumulative impact of the activities of facilitators is the presence of a mechanism in the mobilization process, which aids foreign fighters in joining insurgent groups.

The term facilitator appears to have originated with United States (US) government entities; the earliest use in press sources appears to be a reference to one of the 1998 embassy bombers, “Wadih el Hage, a 40-year-old naturalised American citizen born in the Lebanon and living in Texas, also got life. He was accused of being a key ‘facilitator’ for both bomb teams.” An early mention of the term in relation to the movement of foreign fighters and foreign terrorist movement is appears in March 2002, when US officials describe an individual captured in Afghanistan as an ‘al-Qaeda “facilitator’’’. The term is first used publicly in relation to foreign fighters during the conflict in Iraq and appears in a January 2004 Coalition Provisional Authority (CPA) briefing to describe a High Value Target’s activities. The term was then used frequently by US officials to describe foreign fighters and individuals involved with foreign fighters in Iraq. The term is present in many of the assessments of Guantanamo Bay detainees. A reading of press releases and briefings where the term is employed suggests that ‘facilitator’ is understood as a role. The idea of a facilitator as an individual connecting local volunteers to the Iraq-based insurgency is demonstrated in the description of the role of an individual named ‘Sheik’. He is described someone with “… extensive connections throughout the Middle East to include Yemen, Morocco, Saudi Arabia, Kuwait and Syria. From those countries his connections recruited and financed foreign fighters who were later smuggled into Iraq, usually through Syria, and subsequently delivered to various terrorist groups in western Iraq.”

The term facilitator and its’ use by the US military is equivalent to the notion of a ‘weak tie’ as conceptualized by Granovetter. He sees ‘weak ties’ as “an important resource in making possible mobility opportunity.” He writes, “weak ties are more likely to link members of different small groups”. He also argued that, “Weak ties provide people with access to information and resources beyond those available in their own social circle…” Social movement scholars have termed this ‘brokerage’, “whereby an actor acts as an intermediary between two other actors that are not directly linked, thus creating a new line of communication and exchange.” Social movement scholars have identified mechanisms when examining shifts from local to global movements. These include, ‘relational diffusion’ and ‘brokerage’. Relation diffusion is defined as the “transfer of information along established lines of interaction” and brokerage as “information transfers that depend on the linking of two or more previously unconnected social sites.”

The role played by a facilitator is similar to the idea of brokerage from social movement theory, that is the “linking two or more previously unconnected social sites by a unit that mediates their relations with one another and/or with yet other sites.” In the study of networks involved in political violence Sageman recognized the utility of this mechanism and used the terms “strength of weak bounds” and “brokers.” He argued that they provide a bridge to jihad between local cliques and the al-Qaeda organization. He termed individuals performing this role, “brokers” and suggested that when these brokers could not be found, individuals seeking to join the jihad were unable to do so. Sageman argued that the “process of cliques joining the jihad has strong implications for its rate of growth – degree of ambient hostility of or tolerance also affects its rate of growth…” although he did not develop this argument to demonstrate variation in the size of jihadist or foreign fighter mobilizations.

Harris-Hogan and Zammit in separate studies of Australian jihadist networks were the first to use the term “facilitator” in the academic literature and consciously built on the understanding implied in Sageman’s work. Neither Harris-Hogan nor Zammit defined facilitator. Offering instead descriptions of their roles, Harris-Hogan suggested that the role“becomes vitally important as they connect the network with the outside world, as well as linking various isolated parts within a network.” Zammit, despite not offering a definition, suggested that the role of facilitators in the Australian context was important, because an examination of “the process by which Australian jihadists have traveled and joined groups overseas demonstrates both the importance of facilitators and how such travel has enabled the externally guided plots.”

The role of the facilitator is important, not because the individual necessarily occupies an important position in the hierarchy of terrorist group or insurgent organization, but because their function enables activities like joining an insurgency or planning terrorist attacks. This is further demonstrated in the number of times the US military emphasized action against facilitators as important and in the level of effort made to identify and neutralize facilitators. A US military intelligence officer briefing on the insurgency in Iraq was asked, “From an intelligence standpoint, wouldn’t these be the people that you should be targeting?” To which the officer replied, “And we are. We go after them as much we can.” From the perspective of network analysis, the rationale is that “Disabling communication channels which are weak ties is also likely to have the greatest effect on the completeness of network transmission, as well as upon its speed.” Facilitators occupy an enabling function between foreign fighter volunteers and the insurgent or terrorist organizations they are seeking to join. They connect disparate entities, the absence of a facilitator, means in many cases that the volunteers are be unable to connect to the battlefield.

Simply put, facilitation bridges the gap in a transnational mobilization between a would-be foreign fighter in their country of origin or residence and the insurgent group in the destination country. It is possible that the would-be fighter will need to pass through a number of facilitators including individuals in transit countries. There are two types of facilitation mechanisms; a covert mechanism that relies heavily on relational ties – friends and kinship – for access and a mechanism that is overt and relies on organizational ties that are open and accessible to large numbers of would-be foreign fighters. The social movement literature provides a further framework of analysis that is potentially helpful in developing a model to explain variation in foreign fighter mobilizations. This is the notion of scale shift or how or how contention at the national level moves to the domain of the transnational.

Social media platforms like Facebook, Ask.fm and other interactive platforms, bridge the gap between the covert relational facilitation observed in many foreign fighter networks in the past and the overt structures, often built around NGOs, which were present in Afghanistan and Bosnia, and have disappeared as foreign fighting has become increasingly illegitimate and put under surveillance by states. These platforms are easy to access, and resilient to efforts to close them down or negate their facilitation activities. Using the Dutch definition of facilitation – opportunity, means or information – social media platforms provide information, open up opportunities and can be used to organize resources to be made available to would-be fighters. These sites are facilitating access for foreign fighters to Syria and Iraq. While it is also true these platforms are used to diffuse propaganda, it is important to look beyond a passive consumption of this material, and see that the interactive and social nature of the social media sites, facilitates access to foreign fighting in a manner not seen in prior foreign fighting zones. This is not to deny that recruiting may occur as well but that seeing social media use only through the lens or context of recruitment misses an important aspect of how social media is being deployed to mobilize foreign fighters.

Timothy Holman is a student in the PhD programme at the S. Rajaratnam School of International Studies (RSIS) in Singapore. Republished here with the permission of the author. You can read more of his work on his blog: acrossthegreenmountain.wordpress.com