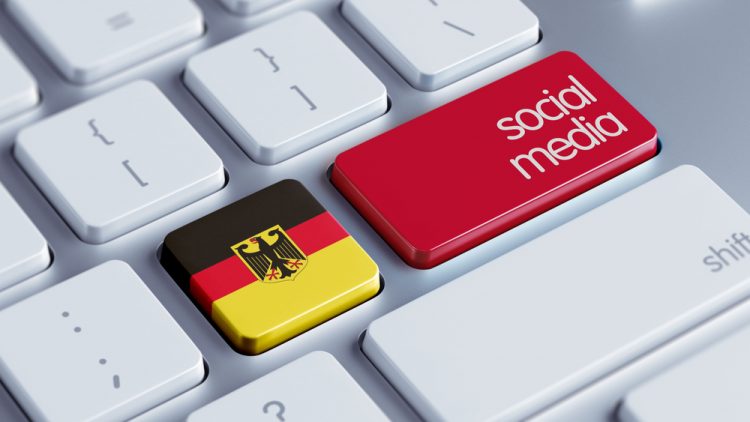 That is unfortunate, because I believe the law is a risk worth taking and can serve as a good starting point for governments considering tougher regulations on social media.

There are four common misconceptions about the German legalisation known as NetzDG, which is short for the Netzwerkdurchsetzungsgesetz law.

The law refers to “illegal content”, which is defined as content that falls under specific provisions of the German criminal code mentioned in the legislation. German law does not reference or use “hate speech” as a term.

More importantly, the substance of German criminal law does not cover everything that is conventionally defined as hate speech: abusive or threatening speech or writing that expresses prejudice against a particular group, especially on the basis of race, religion or sexual orientation. Under German law, for instance, a person can be punished for defamation when describing an abortion doctor’s work as “babycaust”.

Conversely, election posters by a far right party depicting ethnically stereotyped people on a flying carpet with the caption “Have a good flight home” did not attract criminal sanctions.

Contrary to the impression given by some media reports, a social media network cannot be fined simply for failing to remove illegal content in individual cases.

The companies risk fines primarily for failures to set up a system that effectively and transparently deals with user complaints about hate speech, and if they do not file reports every six months.

It is relevant whether they remove content, but it is only one factor in assessing the system. In any case, before authorities can issue a fine for an allegedly ineffective system, they must first obtain a court ruling that confirms the content was illegal.

Should there be any doubt, the seven-day deadline applies. The deadline is extended further if the decision is referred to a recognised and independent body of industry self-regulation – a similar body already exists in Germany for the film industry (FSK).

4. The law will have a ‘chilling effect’ on users

We simply do not know.

Some critics fear that prudent social media networks will opt to remove too many posts by overblocking content rather than risk a fine. If the complaints system is too aggressive it could dissuade many social media users from expressing themselves openly, even those whose content is not removed. This is referred to as a “chilling effect” on freedom of expression.

However, it is not clear that such a “chilling effect” is inevitable. Provided that social media networks fulfil their reporting duties and put in place a decent complaints management system, they will not risk fines. Occasional, unsystematic mistakes are not problematic and do not pose a financial risk to the companies. Additionally, as mentioned above, the authorities need to obtain a court judgement confirming content was illegal before they can issue fines.

More importantly, the business model of social media networks is likely to counteract overblocking. Social media sites and apps run ads and revenue is generated through continuous and consistent user engagement. An overly aggressive removal policy would risk upsetting users and lowering engagement in a similar fashion as recent revelations about the misuse of private data. Instead, inherent economic interests in generating ad revenue and keeping users engaged will likely lead social networks to a more nuanced policy: one that complies with existing laws but avoids removing more content than is absolutely necessary.

There is also good evidence that social networks are up to this task, given the existing rules on their sites. These already significantly limit freedom of expression on social media: networks remove posts or even indefinitely suspend user accounts for content that is legal under German criminal law. A prominent example was the image of a naked child fleeing napalm bombs during the Vietnam war. The iconic photo was reinstated following a public outcry. It shows that such content is quickly removed, as are alleged copyright and trademark infringements.

The German law might well avoid overblocking, and could remove the ability of social media to profit from hate speech. Only time and data will tell: the first reports are due in June.

Stefan Theil is a Postdoctoral Research Fellow at the Bonavero Institute of Human Rights. You can follow him on Twitter: @stefan_theil Tommy Robinson and the UK’s Post-EDL Far Right: How Extremists are Mobilising in Response to Online Restrictions and Developing a New ‘Victimisation’ Narrative