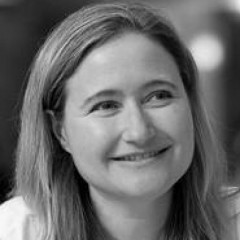 Rebecca MacKinnon, co-founder of Global Voices Online and Director of the Ranking Digital Rights project at New America, testified on Tuesday before the the US House of Representatives’ Committee on Foreign Affairs’ Sub-committee on Terrorism, Non-Proliferation, and Trade on ‘The Evolution of Terrorist Propaganda: The Paris Attack and Social Media.’

MacKinnon will be speaking at VOX-Pol’s 5 – 6 March workshop at Central European University in Budapest on The Role of Social Media and the Internet Companies in Responding to Violent Online Extremism.

In her testimony before the House Sub-committee, MacKinnon described fighting terrorism and violent extremism in the Internet age without undermining core principles and values as one of the biggest challenges the democratic world faces today.

We live in a time of extraordinary threats to our national security. But the fight against terrorism online must be carried out in a way that also protects and respects human rights. If the US and other democracies cannot figure out how to do this, victories against violent extremism online are likely to be hollow and short lived.

Emergence and Role(s) of Online Disseminators in the Syria Conflict