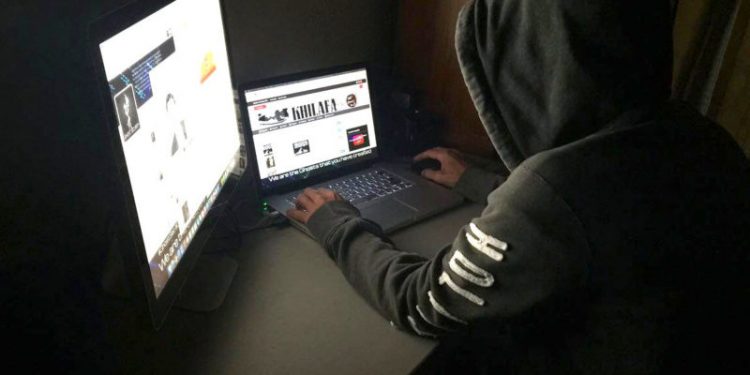 Reviews of the terrorism research literature regularly highlight the paucity of original data that inform analyses (Schmid and Jongman 1988; Silke 2001, 2004). In his most recent review of the literature, Silke (2013) noted: “[O]ne feels that a great deal more needs to be done before research is consistently building on past work rather than rehashing old data” (p. 34). Resultantly, as Silke argues, terrorism research has lagged behind analogous fields.

The most recent review, however, offers a more positive outlook. Schuurman (2018) analyzed over 3,000 articles published in leading terrorism-specific journals between 2007 and 2016 and found that over half used some form of primary sources. The Society for Terrorism Research (2018) also described the data revolution in terrorism studies as a transition from a data shortage to one of “sufficiency and perhaps even excess” (p. 1).

A systematic review of the scientific knowledge base of factors associated with engagement in terrorism shows a similar improvement in empiricism over time (Desmarais, Simons-Rudolph, Brugh, Schilling, and Hoggan 2017). However, this increase has not been uniform across the field. Empirical studies examining engagement in violent extremism and terrorism demonstrates the field tends to focus on individual-level risk factors (e.g., sociodemographic characteristics, criminal history, religion and spirituality, work and education, relationship status, mental health), personal experiences, attitudes and beliefs, environmental factors and individual motives.

The included quantitative studies involved two cross-sectional analyses with data derived from surveys (Pauwels and Schils 2016) and online discussion forums (Wojcieszak 2010), retrospective studies of those who committed acts of terrorism (Gill et al. 2017) and engaged with radicalizing materials on Twitter (Magdy, Darwish, Abokhodair, Rahimi, and Baldwin 2016), and two with pre/post measures conducted in a lab setting (Lee and Leets 2002; Rieger, Frischlich, and Bente 2013).

Other empirical studies, however, not included in Hassan et al.’s (2018) systematic review have involved examinations of what media were found on the computers of convicted terrorists (Holbrook 2017; Holbrook 2019), the volume of media consumed by terrorists (Capellan 2015; Gill, Horgan, and Decker 2014; Gruenewald, Chermak, and Freilich 2013; Horgan, Shortland, Abbasciano, and Walsh 2016; Porter and Kebbell 2011), the interaction between the individual consuming the propaganda and the content of the propaganda itself (Bouzar and Martin 2016), the impact of exposure upon attitudinal affinity with an extremist cause (Ilardi 2013; Kleinmann 2012; Koehler 2014; Turpin-Petrosino 2002), the impact of exposure upon mobilization to terrorist engagement (Bazex and Mensat 2016; Klausen, Campion, Needle, Nguyen, and Libretti 2016; Reeser 2011; Riaz and Parvez 2018), the specific manifestations of radicalizing narratives that prompted engagement in terrorism (Abbas and Yigit 2016; Özeren, Sever, Yilmaz, and Sözer 2014; Sieckelinck, Sikkens, van San, Kotnis, and De Winter 2017; van San 2018; Wojcieszak 2009), and the impact of exposure upon mobilization to terrorist behavior (Böckler, Hoffman and Zick 2015; Holbrook and Taylor 2017).

Many of these studies involved interviews, surveys, and/or access to police files. The potential to collect primary data (be it, open-, closed- or researcher generated data) across multiple types of populations (e.g., general public, those with attitudinal affinity, those with radicalized beliefs, and those who committed terrorism) is clearly evident.

The emerging evidence base is also pretty clear. Those who are radicalized and/or commit acts of terrorism have generally been exposed to radicalizing content. Exposure to this content leads to affective, emotional, and behavioral change at each stage of the process. Of course, some of these studies have relatively small sample sizes, and are only focused on specific types of terrorists or geographical contexts. The key now is to replicate and build upon this preliminary evidence to give us a sense of not just whether exposure to ideological content in the online environment causes violent extremism, but also how, in what contexts and for whom? Is ‘exposure’ sufficient whether it is in the virtual or physical world? Does it work differently for different people in different contexts?

To unpick the specificity of the ‘online’ environment, exposure to other materials offline have to be incorporated into research designs. The only study of its type is Turpin-Petrosino (2002) who conducted 567 surveys with secondary school and university-level students. The surveys centered around exposure to hate group propaganda and individual attitudes towards these groups. Respondents reported six different types of contact: print material contact (4%), word-of-mouth contact (3.7%), U.S. mail contact (3.4%), local cable television contact (2.6%), Internet contact (1.8%) and phone contact (1.4%). Levels of support for the ideology also differed across these exposure types. Forty percent of those who received Internet contact self-reported supporting either neo-Nazi Skinhead or Ku Klux Klan (KKK) ideology. Of the six exposure types, the Internet was the third most prolific source in changing people’s attitudes – behind word-of mouth contact and phone contact. Given the large innovations in the immersiveness of the online space since this study was conducted, more replications are necessary.

Dr. Paul Gill is a lecturer in Security and Crime Science at University College London. His research focuses on terrorism, its causes, patterns and the actors that perpetrate terrorist attacks. You can follow him on Twitter: @paulgill_ucl