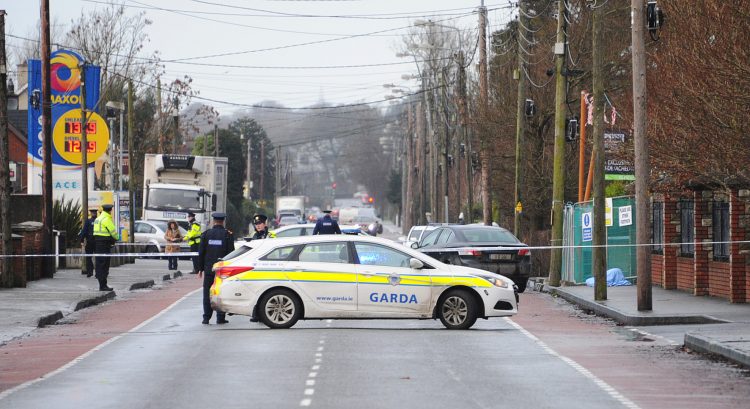 Since ‘news tickers’ first began to crawl along the bottom of our television screens, ‘breaking news’ has become a key element in how audiences receive the news, and think about what counts as news. In a context where news stories now unfold rapidly across multiple media platforms, and an expansive range of actors can contribute to how the news is shaped, the speed at which news ‘breaks’ has accelerated to a point where how the news is made has become part of the story. A recent news story in Ireland provides a useful opportunity to investigate some of the consequences of this trend.

On the 3rd of January 2018 Yosuke Sasaki (aged 24) was killed in a random attack in Dundalk, Co. Louth, Ireland. On January 5th, 2018, the 18 year old Mohammed Morei appeared in court charged with his murder. In the period between the arrest and the court appearance, where Morei was greeted by an angry crowd shouting insults, the Twitter hashtag #Dundalk had taken on a strange yet predictable life of its own.

We retrieved and analysed the first 1,000 tweets following the attack. The first reports from Dundalk Democrat (9.28am) and Louth Page (9.43am) spoke of an ‘incident’, while the Irish Daily Star crime correspondent Michael O’ Toole was the first to report that this involved a fatal stabbing (9.56 am). Almost immediately, these brief journalistic reports began to generate other reactions. At 10.48, a pseudonymous Twitter account tweeted a link to an RTÉ article claiming that the suspect was of Syrian nationality, using the hashtag #migrantcrisis. This kind of speculation was rapidly integrated to the ‘breaking news’ flow by prominent news media in Ireland, who first reported that the attacker was from the ‘Middle East’, then specifically Syria, and later changed it to Egyptian, until finally the following day it was stated that Gardaí had not established his nationality at all. (Many of these reports remain available online, other updated articles do not acknowledge edits or errors).

#Dundalk and the Far-Right Online: As inaccurate information was shared and discussed widely, an unwitting synergy emerged between the priorities of news production and the politics of far-right online networks. As news sources speculated on the attacker’s nationality, Twitter accounts linked to far-right/identitarian/white supremacist movements or politics began to claim that #Dundalk was a terrorist attack. #Dundalk began to rapidly follow a pattern that has become evident every time news of a violent incident begins to circulate on Twitter. Mainstream journalistic speculation provides an opportunity structure for the extreme right to claim ownership of the meaning of political events. In relation to this incident, there were three main ways in which this claim was advanced.

Firstly, these Twitter accounts sought to gain the attention of a wider, transnational nationalist network with the aim not just of amplifying the charge of terrorism, but also of linking events in Ireland to events in other countries also ‘under attack by Islam’. The following tweets, for example, tag in Tommy Robinson, the former leader of the English Defence League, and Alex Jones, the host of the right-wing conspiracy theory-focused Info Wars (we have anonymised the accounts quoted here):

Secondly, even as they sought to exploit the ambiguous space created by ‘breaking news’, they accused Irish media of a ‘cover up’. In this logic, the media is part of a ‘multicultural elite’ suppressing ‘uncomfortable truths’ about refugees, a line of attack that has become widespread in the aftermath of the major movement of refugees across Europe in 2015:

“RTE News at One calling the #Dundalk Syrian man a teenager. They’ve said ‘teenager’ multiple times. This is why people despise the news media.”

Thirdly, the claim that the reality of terrorism was being denied laid the basis for attacks on anyone in Irish politics considered to blame for ‘irresponsibly’ accepting refugees (regardless of Ireland’s relatively poor performance in this regard):

“Given that the guy was apparently from Syria I can see all of the leftists leaping to his defence saying that he came from a horrible background and his mental state was messed up before they tell us to love everyone and we should let more in #Dundalk”.

These lines of attack were spread through multiple retweets, often by the same accounts, which systematically retweeted their own tweets, thus amplifying their presence on the hashtag.

News and democracy: In this case, the sensationalist immediacy that informs news-making in a digital media environment provided an opportunity for far-right actors to exploit. This dynamic poses a broader question; how can news producers navigate the tension between the competitive imperative to ‘be first’ and maintain audiences, and present news in a way that best serves the needs of a public in a democracy?

Journalism’s credibility is derived from an ability to report the news accurately and fairly. When a newsroom gets it wrong, trust is broken and credibility damaged. This is as true of breaking news as it is any other type of coverage. Research into audience expectations points to the continued expectation of accuracy and responsibility in breaking news situations. While there is a degree of acceptance that news will evolve and facts might change as stories develop, errors in reporting must be acknowledged, explained and corrected in order to retain credibility. Audiences can forgive errors of fact, but less so errors of judgement.

The case of #Dundalk illustrates how the pursuit of immediacy of over accuracy renders the news cycle ripe for intervention from motivated political actors that frame the discourse as it is unfolding. The reality of these media dynamics suggests that journalists need to think not just about keeping the public informed, but also about informing them in ways that help audiences unpack a news story. When the social, political and cultural context shifts, more work is needed to navigate the informational environment, and this places additional responsibilities on news organisations. They must safeguard the quality of their work as it is distributed across multiple platforms by developing approaches that acknowledge the context in which their stories are reported and disseminated.

Niamh Kirk is a PhD researcher in the School of Communications. Her main interests are focused on researching journalism, networks, info flows and nationalism. You can follow her on Twitter: @NiamhKirk

Dr Eugenia Siapera is Deputy Director of the Institute for Future Media and Journalism. Eugenia is a School of Communications lecturer and researcher in the areas of social media, journalism, political theory, multiculturalism and cultural diversity and media. You can follow her on Twitter: @eugeniasiapera

Dr Gavan Titley is a Senior Lecturer in Media Studies and Head of Department at Maynooth University. His main interests are focused on politics of race, racism and multiculturalism in European politics. You can follow him on Twitter: @GavanTitley

This article was originally posted on FuJo Media website. Republished here with permission from the author.

How Social Media Users in Kyrgyzstan are Turned into “Extremists”