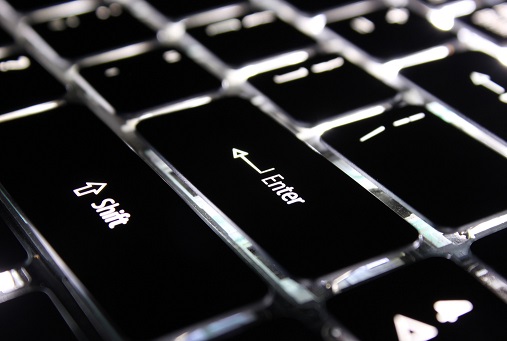 Some scholars and others remain skeptical of a significant role for the Internet in processes of violent radicalisation. There is increasing concern on the part of other scholars, and increasingly also policymakers and publics, that high and increasing levels of always-on Internet access and the production and wide dissemination—and thence easy availability—of large amounts of violent extremist content online may have violent radicalising effects, which certainly appears to be one of the main purposes of its producers. Below I rehearse some of the arguments ‘for’ and ‘against’ a significant role for the Internet in contemporary violent extremism and terrorism.

Skepticism that the Internet might have a role to play in violent extremism and terrorism is not new. Walter Laqueur, an early and influential figure in Terrorism Studies, made the following observation in 1999:

No amount of email sent from the Baka Valley to Tel Aviv, from Kurdistan to Turkey, from the Jaffna peninsula to Colombo, or from India to Pakistan will have the slightest political effect. Nor can one envisage how in these conditions virtual power will translate into real power (p.262).

This is an interesting statement from a number of perspectives, chief amongst them being that just a few lines previously, on the very same page in fact, Laqueur says that audio-cassettes of Khomeini smuggled into Iran during his exile in Najaf and subsequently Paris significantly impacted the Iranian revolution.

So Laqueur readily admits of the fact that audio-cassettes changed the course of Iranian history, but cannot see how Internet technologies could fundamentally change anything in relation to terrorism. His initial impetus, to assign a role to information and communication technologies in political violence movements, is in keeping with David Rapoport’s wave theory of terrorism, an often overlooked aspect of which is the way technology, especially communications technology, can influence the types, timing, and spread of terrorism.

Laqueur’s skeptical view nonetheless persists. Over a decade later, in 2011, Jason Burke, journalist and author of an excellent early book about al-Qaeda, made the following observation about social media and its effects in terms of contemporary terrorism:

Twitter will never be a substitute for grassroots activism. In much of the Islamic world, social media is only for super-connected local elites or supporters in far-off countries. Neither are much use on the ground, where it counts. Social media can bring in donations or some foreign recruits. It can aid communication with some logistics and facilitate propaganda operations, but it is not much use in a firefight…Twitter won’t help al-Shabaab retake Mogadishu or the Taliban reach Kabul in any meaningful way.

Startlingly, Burke seems to think social media activity cannot be a substantive form of “grassroots activism,” which he seems to imply must be ‘real world’ activism.

Second, he appears to think that not a great many people in the Arab and Muslim world(s) are social media users, which was untrue, even in 2011; five Arab countries (i.e. UAE, Lebanon, Jordan, Kuwait, and Tunisia) had greater than 25% Facebook penetration at the end of 2011, for example. Third, Burke says that Twitter is “not much use on the, ground, where it counts,” whilst at the same time admitting that it can bring in donations, so it has a financing aspect; can attract so-called ‘foreign fighters,’ so it has a recruitment function; and can also aid in communication, logistics, and propaganda. A single free online platform that can be employed for fundraising, recruitment, information dissemination, and intra-group communications seems to me likely to be quite an important tool in arriving at, ultimately, the “firefight.”

This privileging of ‘real world’ activity is nonetheless shared by a diversity of commentators. Assertions that “most jihadists need to actually meet recruiters offline to be convinced to make the trip overseas” or “Physical contact, in addition to online communication and propaganda, is essential” are quite commonplace.

An implicit privileging of the ‘real world’ may also explain the contention contained in the UK House of Commons’ Home Affairs Committee’s counter-terrorism report that:

Thence, in 2014, there were—likely still are—those in the UK government who think that the Internet isn’t social. They are either unaware of or have misunderstood the ‘social’ aspects of ‘social media.’ Today’s Internet does not simply allow for the dissemination and consumption of “extremist material” in a one-way broadcast from producer to consumer, but also high levels of online social interaction around this material.

It is precisely the functionalities of the social Web that causes many scholars, policymakers, and others to believe that the Internet is playing a significant role in contemporary radicalisation processes.

This is not to say that there are not more convincing arguments for the role of the Internet in contemporary violent radicalisation having been oversold; these arguments take two main forms.

One position holds that most, though not all, contemporary violent online extremists are dilettantes, in the sense that they restrict them­selves to using the internet to support and encourage violent extremism, but pose no “real world” threat. Put another way, there is the possibility that extremists’ virtual “venting” or “purging” satisfies their desire to act. Their online activity, on this analysis, rather than becoming an avenue for violent radicalisation and potentially ultimately ‘real world’ action including, in the most extreme instances, terrorism, instead becomes for many a mechanism to dissipate the desire for violent action.

An associated argument is that many of those using the Internet to profess a dedication to or desire for violent action are engaged in a type of grandstanding common to the Internet, without ever having had any real commitment and/or intention to engage in violence at all. Even the UK’s GCHQ has acceded that true intent can be very difficult to discern from online communications and activity. 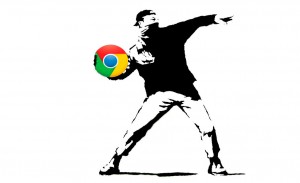 The ‘online dis-inhibition effect,’ in its ‘toxic’ form, means that discussion of violent action and even direct threats of violence are so prevalent online that were all social media companies to share all postings of a violent extremist nature with authorities, the latter would be deluged with information and potentially rendered unable to function; the ultimately benign—or at least not directly resulting in ‘real world’ violence—nature of most such vitriolic trolling is seen to make this unnecessary however.

A second skeptical approach is to argue that claiming violent extremist online content violently radicalises individuals is senseless given that other consumers of the same content are not similarly affected. In fact, large and growing numbers of researchers, journalists, and others are regularly exposed to substantial amounts of violent extremist content over long periods of time, but are not radicalised, never mind caused to engage in terrorism. On the contrary, the latter experience may even increase these consumers’ abhorrence of violent extremism and terrorism, which may be supposed to be the opposite effect than intended by its producers. There’s no reason to expect that this isn’t the experience of large segments of the general public also.

This is not the same thing, on the other hand, as saying consumption of violent extremist content has negligible effects on all those who consume it. MI5 asserts that Inspire magazine was “read by those involved in at last seven out of the ten attacks planned within the UK since its first issue [in 2010].” The direction of causation remains unknown however: did reading Inspire cause the attack planners to plan the attacks? Did they begin attack planning and were then exposed to the magazine? Or did Inspire have different roles for different (groups of) attackers? Overall, the issue of the ratio of downloads/views to attacks causes some to argue that while violent extremist content can buttress an already sympathetic individual’s resolve to engage in violence, it is not generally the originating cause of such a commitment. This may make intuitive sense, but is it borne out by the evidence?

It is estimated that Internet penetration in North America is c.88%, in Europe is c. 70.5%, and in the Middle East is c.48%. Most scholars are inclined to agree, in this context, that along with all the other changes that it has wrought, the Internet is also affecting the conduct of contemporary violent extremism and terrorism. “Terrorism cases in the UK without a ‘digital footprint’ are increasingly rare,” for example. The former Chief Constable of West Yorkshire and UK Association of Chief of Police Officers (ACPO) head of Prevent, Norman Bettison, observed in 2012 that “the Internet features in most, but not all, terrorism cases.” This is a far cry however from Marc Sageman’s assertion that “face-to-face radicalisation has been replaced by online radicalisation.”

Having said all this, the vast majority of researchers grappling with the role of the Internet in contemporary violent extremism and terrorism—whether sceptics for a significant role, convinced of same, or located somewhere in between—now agree that the question is no longer if the Internet has a role to play in contemporary violent extremism and terrorism, but the more pertinent issue is determining its level of significance in contemporary violent radicalisation processes. How do we know that most jihadis still need to meet recruiters offline to be convinced to travel overseas? This is no more likely, in the absence of sound data and analysis, than young women being ‘Brainwashed in their Bedrooms’ via Twitter. Both could be true, in fact; perhaps gender is a determining factor. We just don’t know enough at this stage as this whole research area is bereft of established empirical findings. How can we remedy the latter? I’ve got some suggestions; watch this space.

Maura Conway is Senior Lecturer in International Security in the School of Law and Government at Dublin City University and Coordinator of VOX-Pol.

“The United States has received a stark lesson on how online propaganda and misinformation have an offline impact,”… https://t.co/jKEXjaSMEE
- Monday Jan 18 - 5:34pm