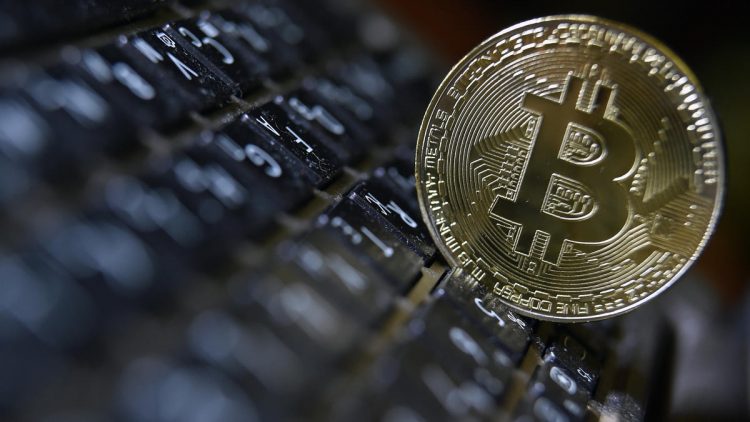 Given their transaction anonymity and user-friendliness, cryptocurrencies appeal to extremist groups as they offer a viable alternative to the mainstream financial system and fiat money which are perceived as ‘kafir’ (infidel) currencies. The threat of cyber-driven terrorist financing is expected to grow.

Bitcoins and similar cryptocurrencies have become attractive to terrorists who see them as a means to solicit donations, purchase or sell weapons in the dark web and move funds globally to boost their financial capacities. Cryptocurrencies are privacy-focused and thrive on a decentralised financial ecosystem.

This allows cyber criminals to circumvent financial institutions and their operational tools which have been designed to counter terror funding. The high profit rate and value volatility of cryptocurrencies may lead to its large-scale adoption by extremist groups which are desperate for a new fundraising mechanism to sustain their activities.

The growing interest in cryptocurrencies in extremist networks is evidenced by the inclusion of a Tech Talk section in a recent issue of ‘Al-Haqiqa’, a pro-Al-Qaeda English-language magazine released in February 2018 which examines the Sharī‘ah or Islamic law permissibility of using Bitcoins and other cryptocurrencies to fund their jihadist pursuits. Bitcoins and digital wallets or virtual bank accounts can be used to execute untraceable transactions privately and anonymously.

An earlier article released in 2014 by Ali Shukri Amin, an IS supporter, entitled “Bitcoin wa Sadaqat al-Jihad” (Bitcoin and the Charity of Violent Physical Struggle) has also detailed various reasons for jihadists to embrace Bitcoins as a means of limiting economic support for the Western financial system. The article recommended the use of Bitcoins to accommodate the provision of funds to IS and its supporters who are traveling to Syria.

Virtual currencies are not legal tender and are not backed by any government or subject to any form of regulation. Opinions by Sharī‘ah scholars and Islamic Finance experts on the use of cryptocurrencies varied. While there are Muslim scholars who are uncertain about or are against the use of virtual currencies, some justify their usage as digital wealth (Māl) as they possess legal value (taqawwum) and resemble commodity money (Thaman ‘Urfī or Thaman Iṣṭilāḥī).

In the “Sharī‘ah Analysis of Bitcoin, Cryptocurrency and Blockchain”, Mufti Muhammad Abu Bakar, a consultant for Blossom Finance, published an in-depth analysis of the various legal opinions (fatawa) on the subject of Islamic banking and Bitcoins. The report concluded that Bitcoin qualifies as Islamic money and investing in Bitcoin is legally permissible as they can be Sharī‘ah compliant.

Although cryptocurrencies were first introduced almost a decade ago, the recent hype concerning their monetary potential has enticed extremists to leverage on virtual currency platforms. Pro-IS groups often make financial aid appeals on social media and at times accept donations in Bitcoins.

A joint study by Indonesia’s National Counterterrorism Agency (BNPT), State Intelligence Agency (BIN), and Financial Transaction Reports and Analysis Center (PPATK) disclosed that online donations are the preferred method to finance terror groups because of its practicality. Bahrun Naim, the alleged mastermind of the 2016 Jakarta attacks, was reported to have used virtual payment services such as PayPal and Bitcoins to transfer money to militants and fund terrorist activities.

In December 2017, US citizen Zoobia Shahnaz was charged for bank fraud and multiple counts of money laundering in an alleged attempt to transfer over US$62,000 worth of Bitcoins and other cryptocurrencies abroad to fund the Islamic State terror group.

Anti-terrorism hacktivist Ghost Security Group had previously disclosed that the 2015 Charlie Hebdo attack in Paris was funded by Al Qaeda in the Arabian Peninsula (AQAP) through Bitcoin financing. The group has uncovered several Bitcoin funding sites exploited by IS supporters on the dark web with a digital wallet containing $3 million in Bitcoin value believed to have been used to finance the terror operation.

Recognising terrorist groups’ potential abuse of cryptocurrencies to fund their illicit activities, the Grand Mufti of Egypt, Shawki Allam issued a religious edict (fatwa) in January 2018 prohibiting the use of Bitcoins. Paralleling the cryptocurrency’s trade exchange to gambling (maysir) and the ease of its usage in money laundering and contrabands trade, the Mufti asserted that the unregulated virtual currency carries risks of fraud and causes harm (dharar) to individuals, groups and institutions.

Saudi minister, Assim Al-Hakeem had also declared the digital currency as forbidden (haram) due to its ability to provide anonymity to criminals. Turkey’s Directorate of Religious Affairs, Diyanet stated that buying and selling of digital currencies is at odds with the Islamic faith due to its lack of regulation and close link to criminal activities.

While there are attempts to make cryptocurrencies more Sharī‘ah compliant, it is still not clear whether they are permissible in accordance to the Sharī‘ah law. To dissuade IS supporters from being deluded by the extremist group’s promotion of cryptocurrencies, religious authorities should argue that the underlying objectives (or Maqāṣid al-Sharī‘ah) of Islamic finance is to preserve social trust and denounce any kind of unfair transaction against any party or tapping on speculative source and outcome.

Cryptocurrencies do not fit in comfortably with Islamic finance which endeavours in the first place to trade in real assets and establish a system that enhances justice and welfare for all stakeholders. If IS supporters or other extremist groups insist on building a Caliphate based on the Sharī‘ah, they should in the first place be wary of the nature of their wealth which should be free from any impermissible sources.

Combatting Terrorist Use of Cryptocurrencies

As Bitcoins and virtual currencies are finding greater acceptance in the commercial world, an increasing regulatory oversight and enhanced law enforcement scrutiny of its usage is incumbent.

Authorities need to harness the potential of cryptocurrencies and understand its mechanism to facilitate earlier detection of terror financing. Failure to do so would allow the unconstrained development of a potentially major financial apparatus waiting to be fully exploited by cyber-driven terrorism.

This article was originally published by the S. Rajaratnam School of International Studies (RSIS) on 30 April 2018. Republished here with permission from the authors.

“Yes, I Can”: The Role of Perceived Self-Efficacy in Violent Radicalisation Processes

This Isn’t Helter Skelter: Why the Internet Alone Can’t be Blamed for Radicalisation