Research has been carried out by academics and journalists into various campaigns run by far right and jihadi groups, some of which I discuss below. However, research has focused predominantly on offline funding sources, and there is not yet much in depth academic research into online financing, particularly with regards to cryptocurrencies. Moreover, there has not yet been any research comparing both ideologies and their use of crowdfunding and cryptocurrencies. My research, which I am undertaking as part of my master’s degree, seeks to bridge this gap.

Gabriel Weimann[1] highlighted fundraising as one way in which terrorist groups use the internet, adding that “Internet user demographics … allow terrorists to identify users with sympathy for a particular cause or issue.” Examples include Hizb al-Tahrir establishing a network of websites across Africa and Europe seeking donations; al Qaeda’s reliance on donations through its charities and other organisations which utilised forums and websites; as well as the Irish Republican Army’s website which contained a page where supporters could make credit card donations. Such techniques have been borrowed from criminal groups.[2] The internet has increased criminal groups’ access to funding, and has been used for, among other things, extortion, money laundering, credit card fraud, drug trafficking, drug dealing, purchase of arms and ammunition, as well as grooming and the “control of vulnerable peoples for exploitation in criminal activity.”[3] It is clear that the internet is not a new funding stream in itself, but is merely a facilitator.[4]This is particularly true for crowdfunding; rather than just seeking donations from their immediate connections or wider circle, the internet enables extremist and terrorist groups to receive much larger sums of money from across the globe.

There is no shortage of crowdfunding platforms, with the very first being a platform called ArtistShare, which started as a website where musicians could receive donations, enabling them to record music. Examples of current widely used crowdfunding platforms include KickStarter, Patreon, IndieGoGo, and GoFundMe.

The typical image of a  crowdfunding campaign is, for instance, Kickstarter campaigns for new tech products, GoFundMe campaigns for medical bills, or the Patreon profiles of artists, musicians, and YouTubers. It’s a given that these platforms will be misused in fraudulent ways, particularly for fake fundraisers, but they’ve also been used to fund the far-right.

Below is an example of an anti-Islam IndieGoGo campaign by the American Freedom Defense Initiative (AFDI) wherein they crowdfunded six anti-Muslim advertisements across 100 New York City buses. While the target wasn’t reached, they managed to raise approximately 50% of their goal.

This is not the first or last far-right crowdfunding campaign on a mainstream platform. However, such groups have been widely kicked off these platforms. One such example is Andrew Anglin, the founder of The Daily Stormer, who had previously used PayPal to receive donations. PayPal suspended his account as they stated he promoted ‘hate, violence, racial intolerance or the financial exploitation of a crime.’[5]

As a result of suspensions such as this, several platforms far-right platforms have been created. Examples include Hatreon, WeSearchr, Counter Fund, and Maker Support. Anglin has previously used WeSearchr to raise over $150,000.[6] Hatreon, founded by self-styled ‘old school anarchist’ Cody Wilson, was launched in 2017 in order to allow those who had been banned from platforms such as Patreon and Kickstarter to crowdfund.[7] Similar to Patreon, Hatreon allowed users to donate to various groups and individuals, including Richard Spencer and Andrew Anglin. Unlike Patreon, Hatreon had no restrictions on hate speech. It was widely seen as becoming the go-to far-right crowdfunding platform before Visa stopped providing it with its payment processing services. That marked the end of the platform.

In terms of cryptocurrency, a European group called Order of Dawn started a cryptocurrency crowdfunding campaign in 2018, specifically for Monero. They also allow visitors to their website to mine Monero directly on their website, which is then donated to Order of Dawn. On their website, they state that they will use the Monero to buy firearms and explosives to equip their volunteer army, as many of their members served in law enforcement or the armed forces; to set up a naval fleet, shelters, continental networks or mobilisation hubs; and to also hunt down and kill all Islamic State members.[8] It’s unclear when the campaign began, but by 28 August 2018 the group claimed to have raised about $6,600. Screenshots of the Order of Dawn Monero mining page and plans is below, which also outlines their motivation for this.

More recently, far-right social media platform Gab have begun using Bitcoin, describing it as “free speech money,” calling on supporters to donate Bitcoin. As of 7 October 2019, Gab claims that Bitcoin accounts for 30% of Gab’s revenue.[9] This is as a result of being refused payment processing services by Coinbase, Bitpay, PayPal, Square, Stripe, as well as numerous banks. Gab have begun producing Bitcoin guides to enable supporters to use  and donate Bitcoin.[10] 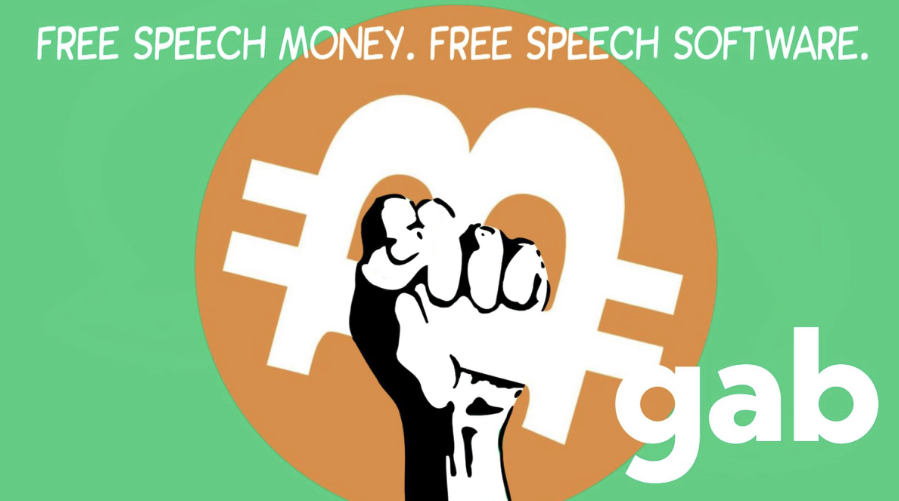 A crowdfunding crypto marketplace on the darkweb called SadaqaCoins was also discovered in 2018 by Benjamin Strick. This is thought to be the first known jihadist cryptocurrency crowdfunding site on the dark web, and is widely used by groups in Syria. Sadaqa means “voluntary charity” in Arabic, which is inline with previous fundraising activities by jihadi groups. Like mainstream crowdfunding platforms, SadaqaCoins allows Bitcoin, Monero, and Ethereum donations to be given to jihadis “to help pay for 4×4 pickup trucks, .50 caliber bolt action rifles and ammunition, wind readers for sniping, silencers, and even combat training for aspiring jihadists.”[11] 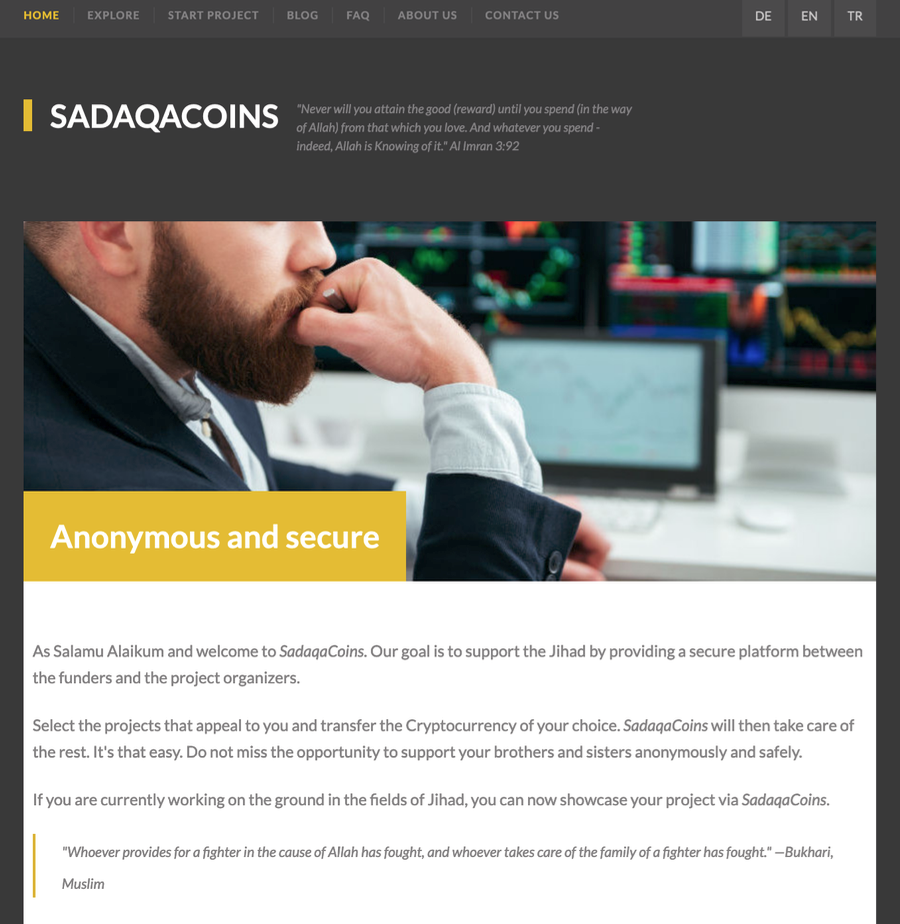 Similarly, in May 2019, Al Qaeda supporters started to promote a Bitcoin transfer centre in Idlib. Below is one of the infographics they released detailing the process.[12] Moreover, al-Qassam Brigades, the military wing of Hamas, has called on supporters to send them Bitcoin. At the end of January 2019, they released infographics to educate their supporters about Bitcoin, as well as a ‘How to buy Bitcoin’ video that details how to buy Bitcoin from a cryptocurrency exchange website. In less than a week, they had received over $2,500 in Bitcoin ( 2019).[13] In addition, Hayat Tahrir al-Sham (HTS) also released an article in April in its weekly magazine that listed the benefits of Bitcoin in an attempt to encourage supporters to donate. However, these aren’t the first instances of crowdfunding cryptocurrencies for jihad. The Islamic State has previously posted tutorials on how to donate Bitcoin from as early as 2014 through IS-linked websites, as well as through Telegram. Moreover, a woman was convicted in December 2017 for using Bitcoin to launder money for IS.[14] 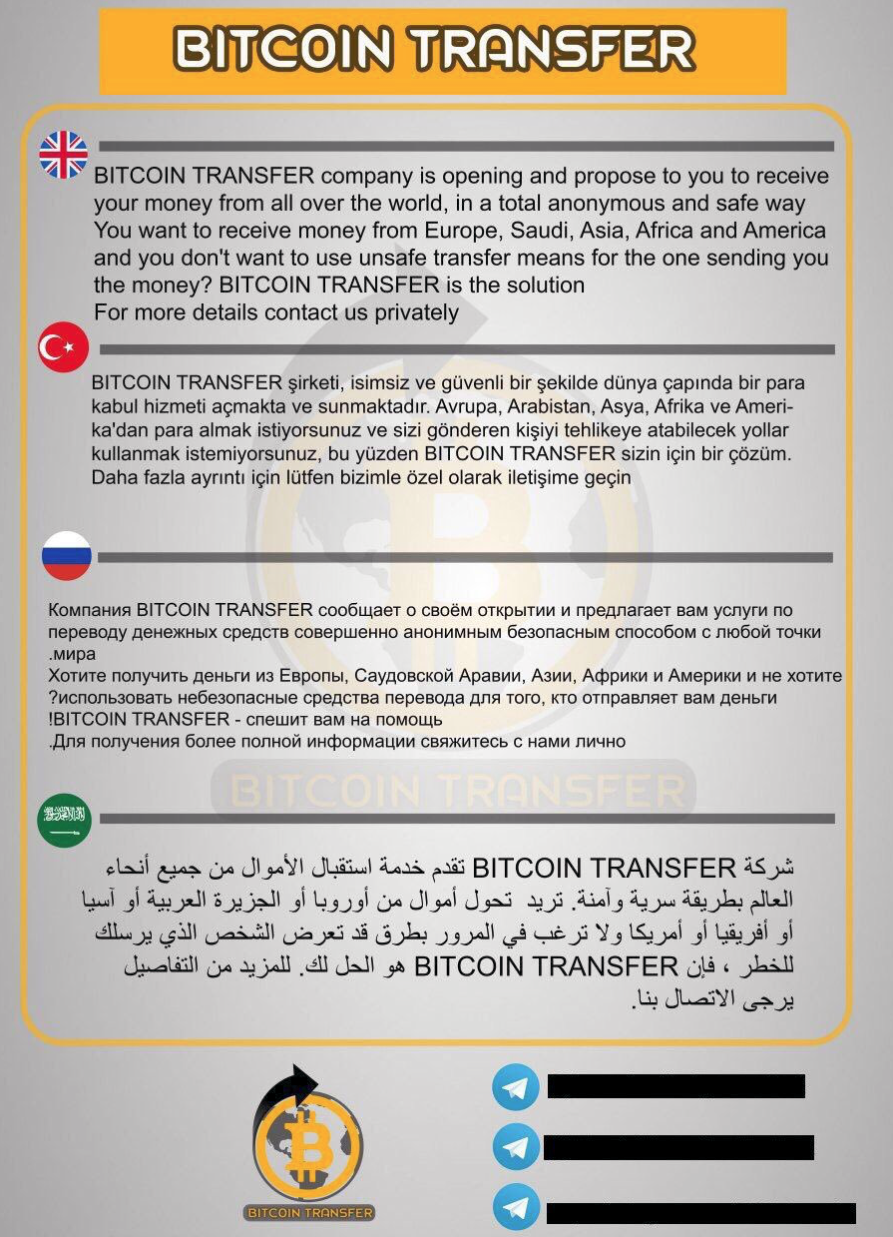 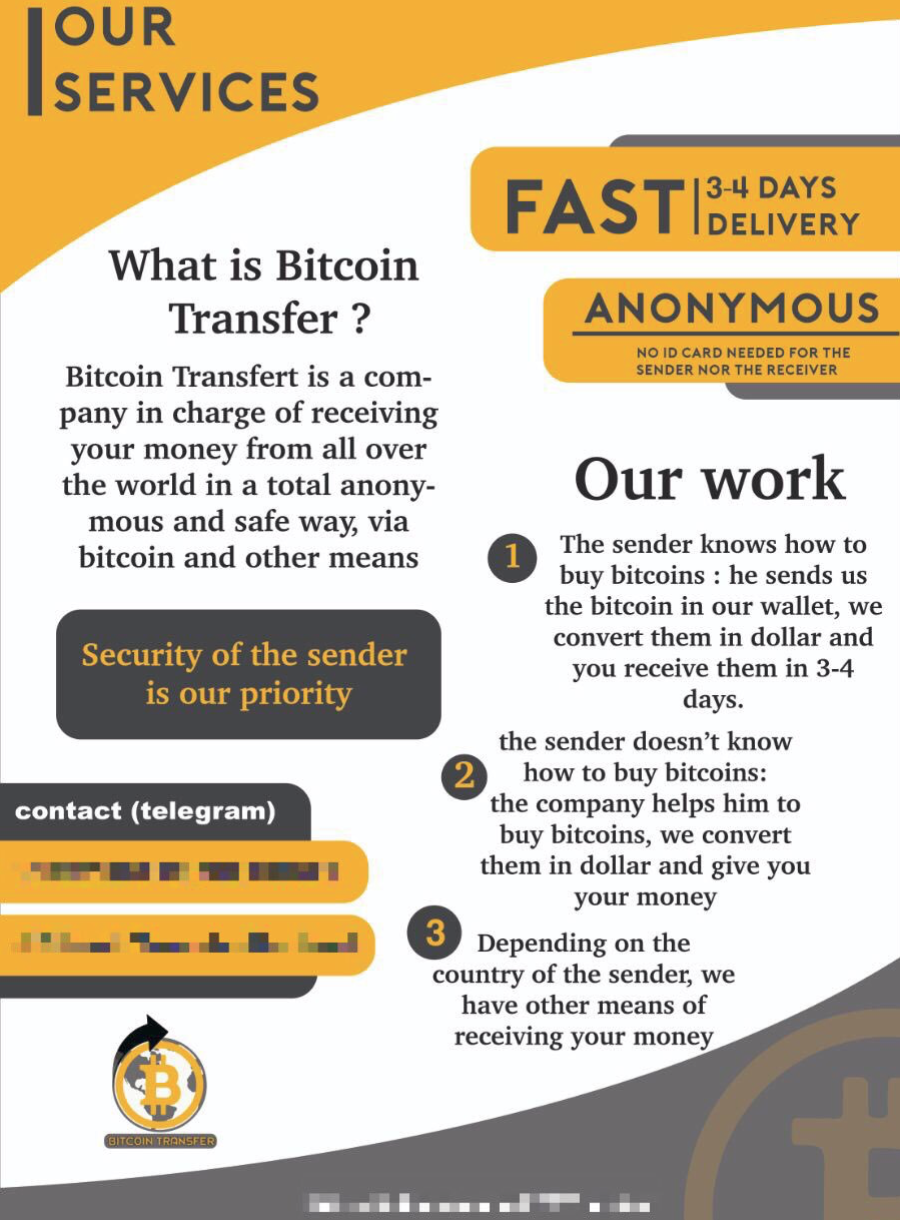 Crowdfunding and cryptocurrencies, and as we’ve seen crowdfunding cryptocurrencies, are yet more methods that extremist groups are using to finance themselves. To date, the number of known terrorist cryptocurrency cases remains low[15] and no group has been overly successful in using either via the internet. Nevertheless, it is only a matter of time before their use becomes more widespread among such groups. As I’ve outlined above, various campaigns have already been identified, and it is unlikely this will decrease. They are low cost, easy to access, high speed international transfers, making them attractive for extremist and terrorist use.[16],[17] More importantly, they are anonymous, though this means that they are much more difficult to track and therefore prevent terrorists from receiving funding.

To date, most groups have had either their website servers shut down, denied payment processing services, or their reach is small. While this is styming their funding, how long until a far-right-friendly version of Stripe is set up, or a more widely accessed SadaqaCoins?