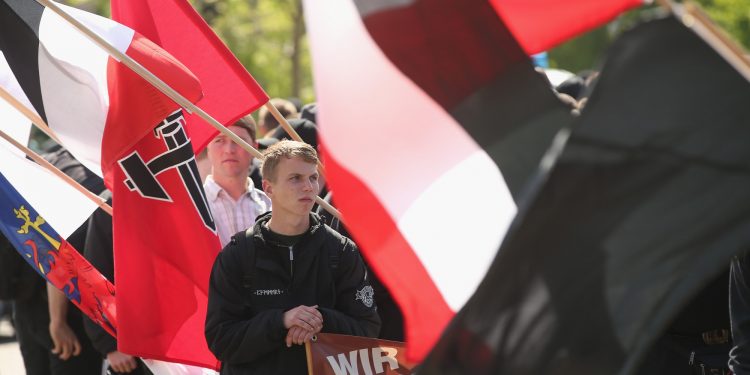 The Internet is a good place to get a sense of what topics certain groups or movements deem important. In this Blog post, I present the findings of comparative mixed methods research addressing the question ‘How does the use of Twitter by far-right political parties differ from right-wing extremist movements in terms of their choice of topic and tone?’

The research focused on western Europe, specifically the Netherlands, the United Kingdom, and Germany. One political party and one extremist movement was selected for each of the three countries. Selection was based on a combination of offline reputation (e.g. considered an extremist movement by local government) and online presence (e.g. more followers over less). The selected parties were the Dutch Freedom Party (PVV), British UKIP, and German Alternative for Germany (AfD). The selected movements were the Dutch faction of Identarian Resistance (IV), Britain’s English Defence League (EDL), and the German faction of Pegida.

A year’s worth of data was scraped from Twitter using their REST API, from 29 March 2018 until the symbolic data 29 March 2019, the original date on which the UK was supposed to leave the EU. All Retweets and replies were deleted from the dataset so the focus was only on Tweets the parties and movements themselves tweeted, leaving a little over 3,500 Tweets to analyse. Quantitative analysis was then carried out to discover statistically significant differences between parties and movements and their choice of topic and use of language. The statistical analysis was followed-up by a Critical Discourse Analysis to interpret the results and place them in context.

In terms of choice of topic, clear differences were found between the parties and movements data was collected upon for this study.

Regarding hypothesis 1 (H1), it was found that the political parties (i.e. PVV, UKIP, AfD) mostly focused on general political issues that could not be deemed typically far-right. For example, these included tweets about new legislation or policies their governments tried to instate or explanations of their party programmes. This was somewhat unsurprising given these far-right political parties were active in their respective parliaments during the data collection period. It was also found that when political parties’ choice of topics was compared to right-wing extremist movements,’ parties focused more on anti-European topics than movements did, but movements focused more on national anti-establishment topics. H1 was shown to only partly apply in this case therefore (see Figure 1).

Regarding H2, it was found that in absolute numbers, movements largely highlighted topics regarding the national establishment. However, when compared to political parties, extremist movements had considerably greater focus on Islam and immigration, but also on nativist, anti-black, and authoritarian topics. Further analysis showed that Pegida heavily skewed these results. When they were removed from the results, xenophobic topics—of which anti-immigration and anti-Islam rhetoric was a part—were the most prevalent choice of topic for movements. H2 was also therefore only partially accepted. 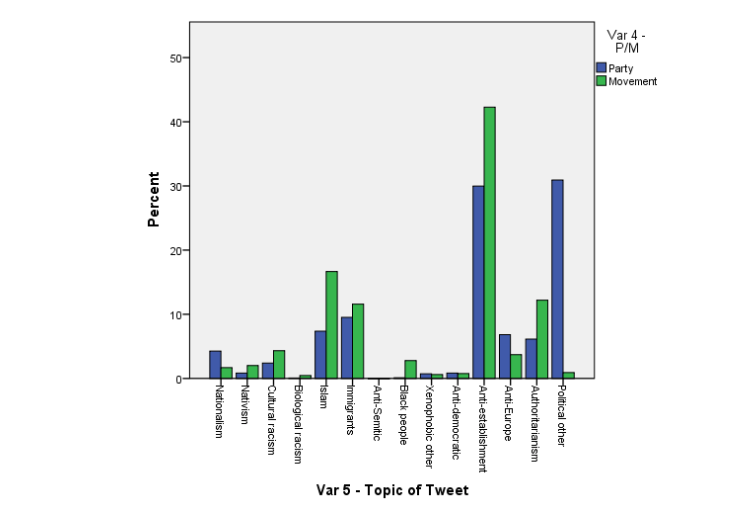 Figure 1 Bar chart on topic of Tweet, broken down to type of group (in relative percentages)

In terms of the tone of their tweets, it was hypothesised that movements would use more extreme language than parties (H3). It was expected that parties had to retain some form of ‘political correctness’ in their choice of language, while movements were not bound by that. Furthermore, parties had a much larger follower base than movements did, indicating that the parties had a more diverse audience than movements. However, the results did not confirm these expectations. Analysis showed parties mostly used negative language, while movements generally chose a neutral tone of voice.

When Pegida were taken out of the analysis because they had again skewed the results, the finding was that both parties and movements adopted a mostly negative tone. On the other hand, extreme language, in which democracy was openly rejected or in which violence was propagated, was only used in around 3.5 percent of tweets by both parties and movements. Hypothesis 3 was therefore rejected.

Critically evaluating and interpreting these findings lead to two interesting conclusions. Firstly, as regards Pegida: they seemed to use their Twitter account as an online bulletin board, which they used to announce their protests, and not necessarily as an issue discussion platform, like the other movements, and parties for that matter too, did. The second and most important conclusion was that the groups seemed to be very aware of Twitter’s moderation policies and knew exactly what kind of language was still within their limits and what kind of language was not. In other words, the groups appeared to have adapted their language in order to avoid being expelled from the platform.

Suzanne Mos is a graduate of the International Master in Security, Intelligence and Strategic Studies (IMSISS), a 24 month Erasmus Mundus Joint Master Degree (EMJMD), awarded by a consortium of European universities—University of Glasgow (UK); Dublin City University (Ireland); Charles University in Prague (Czech Republic)—and with which VOX-Pol is also involved. She is now a Dutch government cyber security trainee, presently working at the Ministry of Justice and Security. To learn more about the above-reported research findings or to receive a copy of the MA dissertation on which this post is based, email suzanne_mos@hotmail.com.