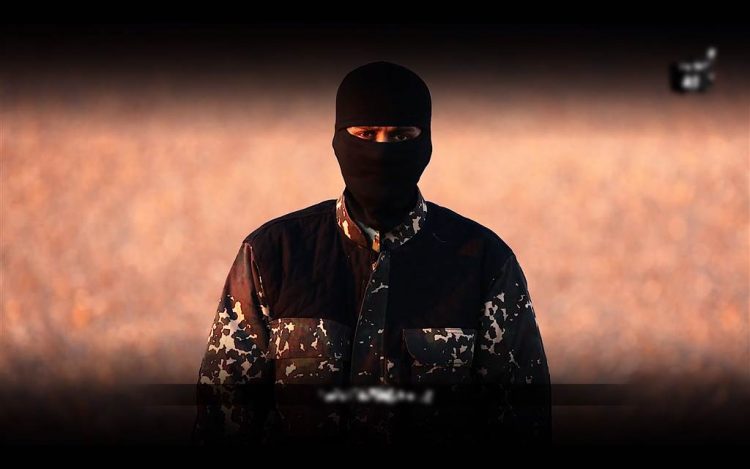 Read in German Read in French Read in Spanish

When the so-called Islamic State ramped up its media operation in the summer of 2014 to promote its territorial advances across Iraq and Syria, terrorism researchers who had been in the business for a decade or more were forced to take a step back and reconsider the effect the propaganda was having on them.

Not only had the output increased in volume and become more gory – depicted in high definition, compared with the grainy beheading videos of the Iraq war in 2004 – but the way it was now mediated in a relentless bombardment of images via platforms like Twitter had also increased the impact.

Meanwhile, greater appreciation of the risks of vicarious trauma for people engaged in work witnessing horrific events online had also been developing, so although the problem had grown, understanding about how to mitigate the risks and reduce the impact was also increasing.

As I learnt that summer, one prerequisite for mitigating those risks is not to be complacent. But there have also been other learning points over the years, many of which have had a powerful influence on building resilience for myself and others exposed to violent extremist material.

Perhaps the most important learning point, although it does not sound the most exciting, was the benefit of understanding some of the theory about resilience and how trauma works.

Watching my first beheading video back in 2004 was all the more confusing and disturbing an experience because I had no framework for understanding my own responses to it.

That framework has since been developed through trauma awareness and resilience training which has been hugely beneficial – teaching, for example, that a strong sense of purpose can carry you through an awful lot; that talking through a disturbing experience can help process it; or that finding ways of being compassionate towards oneself can help break away from an unhealthy focus on potential threats.

In addition to this kind of ad hoc training, it is equally important to build in ongoing interventions – things you do regularly that enable a team to keep a check on its resilience levels. Regular counselling sessions or 1-2-1 debriefings, for example; or ongoing monitoring of exposure levels.

Probably the most successful regular intervention I developed was a monthly session where my team would block out an hour to sit down with something nice to eat and talk about anything nasty we had been exposed to over the previous month – effectively, a self-help group with cake.

As well as being something we would look forward to, this had the knock-on effect of fostering a culture of mental health awareness and made it easier to talk about things in the team as and when we were exposed to something particularly disturbing. It also offered more opportunities to spot warning signs and check how people were doing.

We engaged with psychologists for external validation of our approaches which enabled us to minimise the risks associated with trying out new things.

But it also highlighted one of the inherent problems with trying to mitigate the negative effects of viewing violent extremist material – that there’s no single easy solution that works for everyone.

Following a group session with an externally-contracted counsellor, two of us reported an almost miraculous response, feeling a significant reduction in the impact of the material on us. The rest of the team were left cold.

So, you need a varied toolkit to increase the chances of finding methods of support that work for as many people as possible.

Engaging with psychological experts, and sharing best practice more widely, should be part of a process of constant review. This helps guard against complacency, casts the net wide for a range of interventions, and acknowledges the serious nature of work involving regular exposure to disturbing graphic material.

Technology should also be explored as a way of giving practitioners more control over their levels of exposure to graphic material – whether via high-tech software tools such as image blurring or low-tech solutions such as shrinking a video window to a fraction of its maximum size to scale down the resolution of the imagery.

By sharing best practice, policies and practices can be developed that tap into a wide pool of approaches to ensure employees are supported and the employer is complying with its legal requirement to protect staff.

Some organisations may require their employees to undergo mandatory regular psychological assessment in order to carry out such work, while other employers may not be comfortable with that level of intrusion. Other policies may prove less controversial and be easier to implement, such as providing researchers with a proper induction and training to prepare them for the nature of the work.

While it is important to have a robust set of policies and procedures to ensure that the overall approach is applied consistently, it is also important that it is not overly formalised to avoid the perception that support is only being offered to avoid litigation.

Peter King is an Arabic-speaking independent consultant who has been investigating the exploitation of the internet by jihadist groups and their supporters for well over a decade. In 2004, he pioneered the systematic research and analysis of online jihadist media for the British government and went on to lead a dedicated team of experts in the field at the BBC.