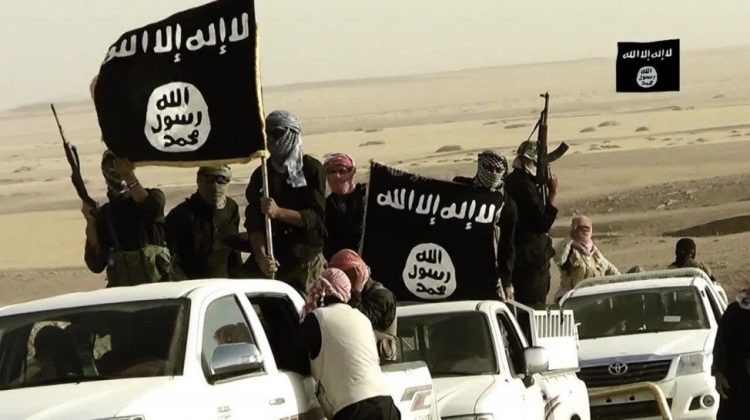 Countering Islamic State “strategic communications” is one of the most pressing national security concerns facing Western governments. Developing more nuanced understanding of the organization’s communications strategy will be crucial to devising effective counter-narrative strategies. Yet popular commentary tends to explain the appeal of Islamic State messaging by pointing to its graphic violence, use of social media and, most commonly, the slick production of its print and video releases.

In fact, the Islamic State’s use of graphic violence, flashy production and social media are relatively superficial factors when it comes to understanding the appeal of its communications compared to the most important factor: the message itself. Like so many other aspects of its campaign – from its application of an insurgency strategy, use of violence and even its ideological contentions – a broader comparative assessment of Islamic State communications strategy reveals it to be far from a historical or strategic anomaly.

Getting this right is essential for designing effective strategic communications campaigns. A Syrian opposition representative recently expressed to me his frustrations that, despite spending hours analyzing a single Islamic State video, he hesitated to disseminate anti-Islamic State counter-narratives for fear of counter-productive effects in the field. From the U.S. State Department’s deployment of the “Welcome to the ‘Islamic State’ land” video, which sarcastically tells viewers to join IS, to the Australian Defence Department’s error-filled counter-narrative tweets, Western anti-Islamic State messaging efforts have seemed oblivious to the potential “blowback” effects of ill-conceived messaging and have forged clumsily ahead.

I have travelled through South Asia and the Middle East to interview activists engaged in a daily battle against Islamic State propaganda, and it was clear that their “information war” often determined the fate of local populations. After examining a broad range of Arabic and English communiques produced and disseminated by Islamic State central media units, wilayat­-based (provincial) “information offices” and broader supporter base, three findings emerged from my study that are crucial to understanding its communications campaign.

First, Islamic State media architects are more strategic plagiarists than geniuses. The core mechanics of Islamic State communications strategy are broadly reflected in the writings of Mao Zedong, Che Guevara, Ho Chi Minh and others. Like these thinkers, the Islamic State recognizes that modern insurgency warfare is characterized by both clashing “competitive systems of control” (i.e. politico-military apparatuses) and “competitive systems of meaning” (i.e. alternative perspectives on the conflict and its actors).

The focus insurgencies typically place on strategic communications efforts reflects a lesson that continues to elude many counterinsurgency thinkers: actions do not speak louder than words if your adversary controls how those actions are perceived by the populace. Consequently, like many other modern insurgencies, the Islamic State affords its communications efforts a central role in its campaign strategy as a means to both promote its politico-military activities in the field and win support for its cause via narratives that give value and meaning to the conflict and its actors. The overarching purpose of Islamic State communication strategy is thus to shape the perceptions and polarize the support of contested populations.

Second, the Islamic State seeks to achieve this overarching purpose through messaging that appeals to both pragmatic and perceptual factors. Islamic State communiques that appeal to pragmatic factors such as security, stability and livelihood typically promote its system of control and highlight the close synchronicity of its narrative and action. This type of messaging also seeks, often simultaneously, to denigrate the opponent’s system of control and emphasize the disparity between what its enemies say and do. In doing so, IS seeks to compel its audiences to engage in rational-choice decision-making, i.e. choices based on a cost-benefit analysis of alternatives.

Islamic State appeals to perceptual factors are characterized by narratives that merge identity, solution and crisis constructs as a means to shape how the conflict and its actors are perceived. The core narrative is simple: The Islamic State is the champion and protector of Sunni Muslims (in-group identity), Islamic State enemies are Others (out-group identities) responsible for Sunni crises and thus the Islamic State is the only hope for solving the Sunni’s lethal malaise. By tying rigidly bifurcated in- and out-group identity constructs to solution and crisis constructs, this type of messaging is designed to compel its audiences to engage in identity-choice decision-making, i.e. choices made in accordance with one’s identity.

During interviews with representatives from Syrian opposition groups as well as Syrian and Iraqi refugees, I was struck by their descriptions of the organization’s ruthless pragmatism in implementing its politico-military and communications campaign. Regarding the latter, its wilayat “information offices” tend to prioritize messaging that leverages pragmatic factors, because these appeals are more likely to resonate among desperate local populations. In contrast, Islamic State central media units place a greater emphasis on perceptual factors as these messages are largely designed for transnational audiences. The calculating pragmatism of the Islamic State is evident in these appeals too. Islam is a toolkit for the Islamic State, from which it carefully and strategically selects sayings, traditions, historical figures and events from the Koran, Sunnah and Islamic history to infuse into the complex mix of narrative, imagery and symbolism that typifies its messaging.

The third key finding may help to explain the rapid radicalization of Islamic State supporters from ordinary citizens to lone wolf terrorists and foreign fighters. The Islamic State interweaves appeals to pragmatic and perceptual factors in its messaging which may have the effect of aligning its audience’s rational- and identity-choice decision-making processes. The more that rational-choice decisions are processed through identity “lenses,” and vice versa, the more imperative the decision becomes. This trend is even more pronounced when comparing Islamic State messaging with those of other militant Islamists. For example, an analysis of the contents of the organization’s “Dabiq,” al-Qaeda in the Arabian Peninsula’s “Inspire” and the Taliban in Khurasan’s “Azan” suggests that, while the latter two are overwhelmingly dominated by identity-choice appeals, Dabiq’s contents reflects a comparatively more balanced prioritization of identity- and rational-choice appeals.

While so much of the macro-strategic mechanics of Islamic State communications strategy are not particularly unique, such nuances distinguish the Islamic State from many predecessors and peers. For instance, the group deploys an extraordinary variety of tactics and levers within its messaging. Its counter-narrative strategy against the criticisms of adversaries is both rigorous and multidimensional. As an example, IS uses a strategy I call “baiting” in its communiques as a means to coax its opponents into ill-conceived responses, which it in turn responds to in waves of secondary messages. I have argued that Islamic State communications strategy regularly uses branding and a range of other levers, from social norming to scarcity, that any ad man with a background in the behavioral sciences would recognize.

Haroro J. Ingram is a research fellow with the Coral Bell School of Asia Pacific Affairs at the Australian National University. His Australian Research Council-funded project, Through Their Eyes, analyzes insurgent information operations and explores its role as a determining factor in the success of insurgent movements.

This post was first published on The Washington Post on 14 October, 2015. Republished here with the author’s permission.