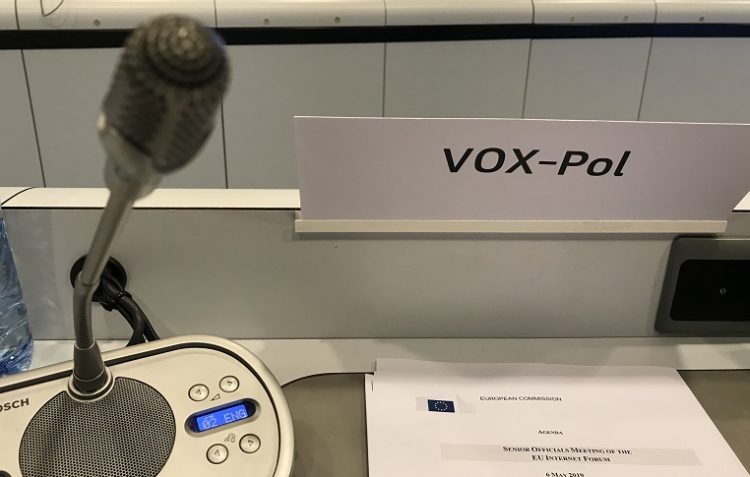 Yesterday, 6 May 2019, the European Commission hosted a senior officials’ meeting in Brussels, to which VOX-Pol contributed.

Our Coordinator, Prof. Maura Conway (Dublin City University), focused in her remarks on findings from research, funded by EU Directorate-General Justice, forthcoming on the European extreme right’s #Twitter activity and changes to it between 2016 and 2018. Prof. Conway also mentioned that live streaming of terrorism was wholly foreseeable and that VOX-Pol signalled this in a working paper titled ‘Future Trends: Live Streaming Terrorist Attacks?’ that was circulated at a 2016 EUIF meeting. 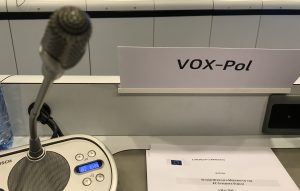 Other contributors to the meeting were representatives from EU Member States, Europol, Tech Against Terrorism, and a selection of technology companies, including DropBox, Facebook, Google, Microsoft, Twitter, and others.

The meeting took place ahead of a meeting of a group of government leaders and CEOs of technology companies on 15 May in Paris to be co-hosted by French President Emmanuel Macron and New Zealand Prime Minister Jacinda Ardern that will focus on ending online extremism and terrorism.

Participants in the EU Internet Forum meeting heard from the New Zealand Ambassador to the EU on the events that unfolded in Christchurch, and the experience of the New Zealand authorities in responding to it. The meeting also addressed potential crisis response mechanisms, including clarifying the roles and communication channels between law enforcement and the private sector following a terror attack with a significant online component.

The EU has already proposed new rules to take terrorist content off the web within 1 hour.