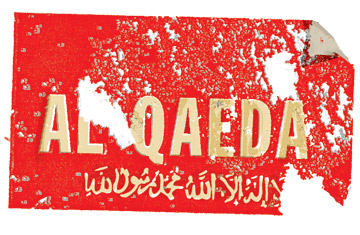 Ten years ago, an individual said: “We are in a battle, and that more than half of this battle is taking place in the battlefield of the media. And that we are in a media battle in a race for the hearts and minds of our Umma.” The individual was Aymen al-Zawahiri, then deputy to Osama bin Laden, and the quote is taken from a castigation of then leader of al-Qaeda in Iraq, Abu Mus’ab al-Zarqawi. It has been more than seven months since we last heard from Zawahiri, and five months since we last received communication from al-Qaeda Central, of which he is now the leader. If we are to accept Zawahiri’s edict that more than half the battle is in the media space, a landscape of perpetual news cycles driven by social media, then from his own definition, Al Qaeda Central is failing.

If one goes back farther, looking at all of AQC’s media since The Islamic State’s announcement of its so-called Caliphate, the picture is even more bleak. Its messaging is not being made relatable to the problems of the day; between the Caliphate announcement and its last release in early November 2014, AQC has posted 25 different media releases. For comparison, you need only go back to April 3 for the past twenty-five releases from The Islamic State or March 27 for Jabhat al-Nusra, AQC’s strongest affiliate in Syria. Within the 25 AQC releases, around half of them are in Urdu; seven related to past martyrs; five of them were posthumous releases from Osama Bin Laden, Abu Yahya al-Libi, and Atiyyat Allah ‘Abd al-Rahman al-Libi; and a 9/11 anniversary release presented by Shaykh Hussam ‘Abd al-Ra’uf, a presentation in which Zawahiri is noticeably absent.

One of the biggest questions within the global jihadi landscape, as well as the scholarly community that studies it, regards the status of the broader conflict between al-Qaeda and The Islamic State. And while it is likely that directives and communications on the issue exist privately, al-Qaeda’s public efforts have fallen flat. What we do know comes from leaked information. First came Zawahiri’s leaked statement telling Abu Bakr al-Baghdadi, the leader of IS, to remain in Iraq and cede Syria to Jabhat al-Nusra. Baghdadi’s reaction was one of mockery and dismissal. Second was AQC’s attempt to refashion the Taliban’s Mullah Omar as the Caliph-in-waiting by releasing an old Bin Laden tape last summer showing him giving a great bay’a to Mullah Omar prior to 9/11. This move was also a failure. While these events may illustrate inertia, that leaks of such a sensitive nature have occurred in the first place is indicative of a loss of impetus and discipline.

Since the overt competition between al-Qaeda and The Islamic State began a year ago, IS has continued to usurp control of AQC’s affiliates. For example, a group of individuals from AQC, along with defecting members of the Afghan and Pakistani Taliban, pledged bay’a to Baghdadi and formed ‘Wilayat Khurasan,’ an Islamic State “province” in AQC’s historical area of operation. We have also seen defections of members from Jabhat al-Nusra to The Islamic State in Syria and Iraq, from al-Qaeda in the Arabian Peninsula to The Islamic State in Yemen, and from al-Qaeda in the Islamic Maghrib to The Islamic State in Algeria and Libya. Much of this has so far only been at the margins (except for the case of JN), though they have since recovered. Not all is lost for AQC however; the leaders of AQ’s branches in Syria, Yemen, North Africa, and Somalia have all reaffirmed their pledges of bay’a to Zawahiri. Even after al-Shabaab’s leader Ahmed Abdi Godane was killed, his replacement, Ahmad Umar, pledged bay’a. This is significant given that pledges are from leader-to-leader and not group-to-group, so if there was any time to switch sides legally, that could have been it.

This also raises the question of how to assess al-Qaeda as a group. Should we analyze it purely as an organization based in Pakistan, or should we view it as an entire network? As an organization just based in Pakistan it is floundering. But viewing the organization this way is troublesome, in part because the number two individual in the network now is Nasir al-Wihayshi, the leader of AQAP and based in Yemen. AQAP has also been the key cog in keeping relations and directives between AQIM and al-Shabaab. Therefore, in some ways those now based in Pakistan are just another entity within the broader AQ network, while the central hub is dispersed in numerous locations. The al-Qaeda organization, then, now looks more similar to its pre-9/11 iteration when  not all of the leadership were based in one location.

Looking at the network as a whole, al-Qaeda’s performance is good, not great. However, they are positioned to make gains in Syria and Yemen as well as potentially Libya if its unofficial branch there, Ansar al-Sharia, is able to recover from the rise of IS in the same manner we have seen with JN in Syria. That said, if one looks at its other branches – AQIM, al-Shabaab, or even its so-called Indian Subcontinent (AQIS) affiliate – things look less positive. Thus, if the key figures within the network and its resources can be successfully shifted away from the Pakistan base, then there chances of survival will be improved significantly.

Questions remain regarding the effect The Islamic State has had on the robustness and level of cooperation within Al Qaeda’s network. This is inevitable, given both the complexity of the issues as well as the difficulty in attaining credible information. The reality remains that The Islamic State’s more animate approach to both its media output and recruitment is having a significant outbidding effect relative to al-Qaeda’s affiliates. However, even if Zawahiri has gone silent, the network is not dead. While Al-Qaeda’s Pakistan branch remains extremely weakened, the success of the broader network is more varied. The question, then, is does it even matter if Zawahiri is an absent leader-in-chief, or has the network already moved on without him? From the information available, it appears the network may have moved on, hoping to carry the banner against The Islamic State while continuing the fight against both its local and global enemies.

This post was first published on ICSR Insight on 13 April 2015. Cross-posted here with permission.

Aaron Y. Zelin is the Rena and Sami David Fellow at VOX-Pol partner institute ICSR and also serves as the Richard Borow Fellow at the Washington Institute for Near East Policy. Zelin’s recent research has examined how global jihadis have reacted to the changing dynamics in the Arab world with a particular focus on Syria, Tunisia, and Libya. He is editor of the widely cited website Jihadology.net, the most important primary source archive for global jihadi materials. He is a frequent contributor to Foreign Policyand The Atlantic, and has authored the New America Foundation’s study “The State of the Global Jihad Online” (2013).