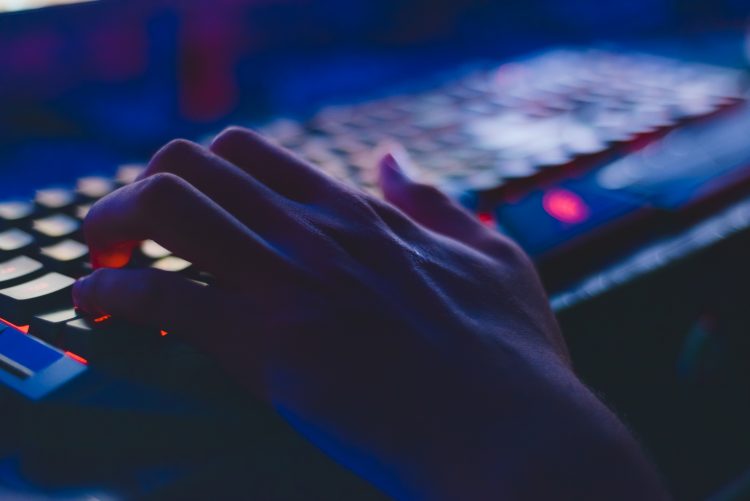 In the aftermath of Alek Minassian’s 2018 van attack in Toronto, Canada, that claimed the lives of 11 individuals, a reporter from The Telegraph stated that Minassian drove a rented van into a crowd of pedestrians on a major downtown street, mowing people down “like he was playing a video game, trying to kill as many people as possible” (see also CBC News). The disturbing details behind Minassian’s attack would reflect misogynistic and anti-feminist ideologies that incited previous attacks, including Elliot Rodger’s rampage in Isla Vista, California in 2014. These incidents of misogynist terrorism are connected to a broader online community of men known as involuntary celibates (“incels”).

The online incel movement draws men who are single and, according to the incel.is forum, “have trouble finding a significant other”. Incels tend to attribute their ‘forced’ celibacy to a failure to meet the minimum physical attractiveness required to attract a sexual or romantic partner. Thus, incels fault women and society for their sexual frustration and sexual rejection. They perceive themselves as ‘beta males’ (i.e., nerdy, ugly, unpopular, virgin men) at the bottom of the sexual hierarchy, while ‘Chads’ (i.e., stereotypically hypermasculine, muscular, and popular men) and ‘Stacys’ (hyperfeminine, beautiful, and unattainable women) – with their idealized appearance and superior mating success – dominate the top.

Incels share a sense of victimhood, portraying themselves as the “real victims,” usually in comparison to women or other minority groups. Several discussion threads on the incels.is forum are devoted to incels to express their self-pity, hopelessness, and suicidal ideation (e.g., “suicide fuel,”) (see Costello et al., 2022; Halpin, 2022; Jaki et al., 2019). Incels use these perspectives to excuse or minimize their misogynistic and violent rhetoric online and commonly dehumanize women by referring to them as “female humanoid organisms” or “femoids” (see studies by Høiland, 2019; Jones, 2020; Labbaf, 2020; Lindsay, 2020). While the incel community predominately targets women with their vitriol, many also express resentment toward “Chads” and “normies” for being sexually active and romantically involved. There is growing evidence to suggest that incel ideology continues to spread across various online platforms (e.g., Reddit, YouTube, etc.) and is detrimental to society (Cook, 2018; Colliver et al, 2022; Renzetti, 2019; Wood, 2018). The combination of rhetoric that incites and endorses acts of violence and the desire for suicide among many incel members provides a strong rationale for investigating this online subculture. Further, attacks inspired by incel ideology – including the Rodger and Minassian cases – have revealed the potential for violence that may threaten public safety. Consequently, the Canadian Security Intelligence Service (CSIS) broadened its definition of terrorism in 2019 to include ideologically motivated violent extremism (IMVE) and the gender-driven IMVE subtype that focuses on violent misogyny.

Indeed, Minassian’s interview with Detective Robert Thomas from the Sex Crimes Unit at Toronto Police Service indicated that his attack was inspired by Rodger’s “bravery”; the two allegedly communicated before Rodger’s “rebellion” to discuss their shared grievances and violent motivations. Minassian also stated that he messaged Rodger on Reddit in the days leading up to the Isla Vista attack and wished him good luck on his upcoming “mission”. During the interview with police, Minassian referred to Rodger in martyr-like terms as the “founding forefather” of the “uprising” incel movement. Some incels use Elliot Rodger’s initials, “ER,” as a verb, meaning to commit acts of violence in phrases such as “going ER”, while others use Rodger’s image as their forum avatar. Though recent court documents suggest that Minassian may have lied to detectives about direct communication with Rodger online “in order to increase the notoriety of the attack” (R v Minassian, 2017, para. 157-171), a large portion of Minassian’s motivations for the van attack appear to have originated from his inceldom. For instance, Minassian’s motivations were expressed in a Facebook post he wrote right before the van attack, reported by the BBC:

“Private (Recruit) Minassian Infantry 00010, wishing to speak to Sgt 4Chan please. C23249161. The Incel Rebellion has already begun! We will overthrow all the Chads and Stacys! All hail the Supreme Gentleman Elliot Rodger!”

Our investigation expanded upon the work of Jaki and colleagues (2019) using in-depth qualitative analyses of a randomly selected sample of threads on the former incels.co forum (N = 500). Our main goal was to evaluate how users of incels.co framed their forum posts (i.e., motivational framing, such as ‘explicit calls to take action’) and thread content, whether they specified certain targets (e.g., women, normies, etc.), and the severity of hate speech within thread comments (e.g., incitements of violence). We found that out of 500 threads analyzed, over half of the thread posts mentioned women, over one-third mentioned self-hatred, and just under one-third mentioned conflict between incel members as the main focus of discussion. Many threads were offensive or discriminatory and highlighted the possible causes of incel victimhood status (i.e., diagnostic). Only a small percentage of threads were violent or incited calls for action.

Surprisingly, the broad findings contradicted our stereotypical thinking that most incels on the forum use rhetoric online to incite acts of physical violence toward women. In contrast, our findings suggested that incitement of violence was predicted by discussion post topics of self-hatred – indicating suicide encouragement and conflict between incel members. Overall, we contend that these discussions are especially alarming, given the association between aggression, violence, and suicide established in the literature. Our findings illustrated that many incel members endorse a self-centred and nihilistic perception of the world and their situation, making them feel hopeless and depressed (see Harrison et al., 2022; O’Neill et al., 2021). Though self-hatred in and of itself may not raise alarm bells, studies have revealed a link between depression, anger, suicidal ideation, and violence (see Chu et al., 2017a; Chu et al., 2017b; Feldbau-Kohn et al., 1998; Luutonen, 2007; Orri et al., 2018; Pan et al., 1994; Shorey et al., 2015; Swanson et al., 1990; Walters & Espelage, 2018; Wilks et al., 2018). Thus, it could be the case that some incels do not believe that women are solely to blame for their victimhood status; instead, society is to blame for their perceived depreciation. These perceived slights are echoed in high-profile attacks targetting women, ‘normies,’ and ‘Chads’ (e.g., Rodger targeted women and men in his attacks).

We argue, based on our findings, that the incels.co community does not overtly encourage violence against women and the general public, at least from the forum comments reviewed in our study. However, our findings do not rule out i) the differentiation between online and offline behaviours/personas, ii) forum members purposely refraining from overt or specific incitements of violence to avoid being censored or monitored, and iii) the existence of potential outliers within the community who may commit violence motivated by incel ideology. Individuals within this community feel lonely and desire to be acknowledged. They may use ‘purity testing’ to secure and bolster their ingroup status. As such, incels may engage in more extreme ideological practices to not be designated a ‘fake incel’ or what the incel community refers to as a ‘volcel’.

As extremist ideology and violence continue to rise in the West, we cannot ignore men within the online incel community who report poor mental health (e.g., depression, anxiety, and autism spectrum disorder) and psychological trauma (see studies by Moskalenko et al., 2022; Speckhard & Ellenberg, 2022; Speckhard et al., 2021). Without therapeutic interventions to address these problems, these echo chambers may allow individual incels to continue to adopt increasingly violent rhetoric to foster a sense of belonging or to avoid infighting within the community. Though a greater number of studies are investigating incel ideology, few mention therapeutic or societal interventions for those within the incel community. Those that do suggest assistance dis-affiliating from incel ideology through existential therapy, rational emotive behaviour therapy, or critique of the ideology in the form of humour (see Brunt & Taylor, 2020, Dynel, 2020); unfortunately, many of these suggestions are theoretical and have yet to be implemented in the real world. Further, many therapists using current interventions fail to identify incel ideology and have shown a desire for tools to identify and prevent incel-based attacks.

Clearly, additional research is needed to inform the development and allocation of mental health support, resources, and interventions for those men in need and to mitigate future incel attacks.

Amanda R. Champion is a PhD student at Simon Fraser University’s School of Criminology. Her research interests include sexual violence, mapping pathways to violence and suicide, and exploring misogynist terrorism.

David Hattie graduated from Kwantlen Polytechnic University in 2021 with a bachelor’s in psychology (honours) with a minor in counselling. His research interests primarily involve masculinity and investigating sexual scripts. Twitter: @David_M_H_96

Richard Frank is an Associate Professor in the School of Criminology at Simon Fraser University, and the Director of the International CyberCrime Research Center.

Cory L. Pedersen is a professor of Psychology at Kwantlen Polyechnic University and the Director of the Observations and Research in Gender and Sexualities Matters Lab. Twitter: @OrgasmRLab