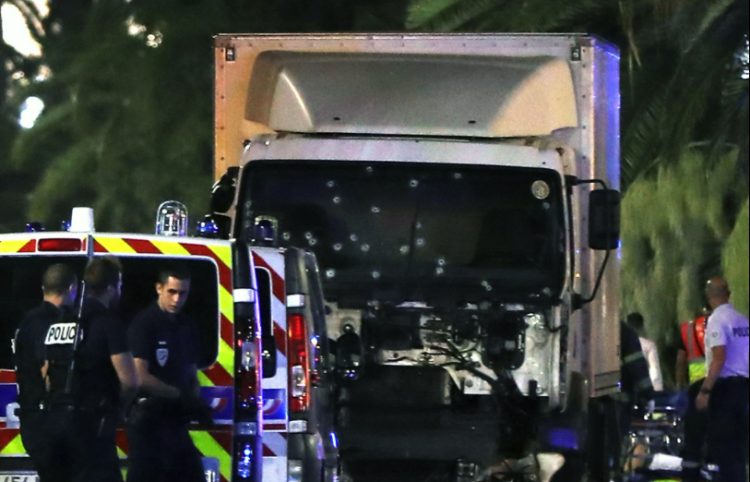 This blog post is a follow-up to last week’s post on Twitter activity following the terrorist attack that took place in Nice, France, on 14 July, 2016 and associated real-world events during the ensuing week. It is part of a larger project exploring hashtag activism in CVE. The first posts traced the online reaction to developments during and in the first 20 minutes immediately following the attack. This post analyses related Twitter activity in the aftermath, through to the early hours of 17 July.

Summary of Attack and Aftermath

The attack in Nice occurred shortly after 10:40pm on 14 July, 2016. Mohamed Lahouaiej Bouhlel drove a 19-tonne truck through a crowd of over 30,000 people watching a Bastille Day fireworks show along the Promenade des Anglais. At 4am on 15 July, President Hollande gave a televised address in which he remarked on the “terrorist nature of the attack.” He then extended the state of emergency, which was originally instated after the November 2015 attacks in Paris, by an additional three months. The following day, on 16 July, the so-called ‘Islamic State’ claimed Bouhlel as one of its ‘soldiers’ and took responsibility for the attack via its Amaq news agency. On the same date, three other people associated with Bouhlel were also arrested and three days of national mourning was initiated. Arrests continued on 17 July.

By 11pm in France, the majority of the tweets collected (n = 10,100) were aimed at seeking or sharing information regarding the attack (59.73%). The tweets not associated with the attack (labeled as ‘irrelevant’ below) and witness accounts began to plateau. The exponential increase in information-sharing tweets demonstrates how quickly the media takes over the Twittersphere to continuously update and circulate information regarding on-the-ground events.

During this 20-minute time segment the #PrayforNice begins to rise. At the same time, witnesses, the media, and officials, begin to relay varying death toll counts.

Media-related tweets began to elicit greater impressions in comparison to witness accounts, as demonstrated by the Top Ten tweets, determined by numbers of retweets.

It was also during this time period that signals of the Islamic State’s involvement in the attack began to emerge.

Most tweets at this time, were not news related, but included emotional reactions to the news being disseminated. They reached a peak of 4,278 tweets just before midnight. Whilst news sharing remained steady over this period, a relatively small number of tweets conveyed information regarding on-the-ground operations.

The day after the attack, a suspect was misidentified. The attempts to squash this rumour received a lot of attention, gaining over 36,000 retweets and nearly 15,000 favourites. 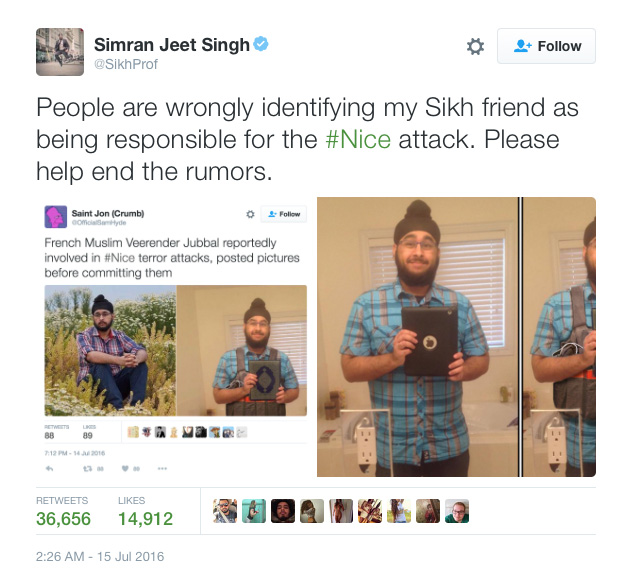 However, because Bouhlel was carrying his driver’s licence and bankcard with him during the attack, his identity as the perpetrator became known rather quickly. 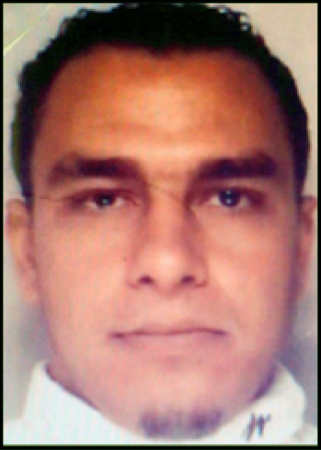 Two days after the attack, on 16 July, the Islamic State took responsibility for the attack and claimed Bouhlel as one of its soldiers. It issued an announcement in Arabic and in English, via its A’maq news agency.

Clearly evident was the slight increase in frequency of related Twitter conversations after the attack was claimed earlier in the day. However, by evening the tweets regarding the Islamic State association declined, and then flattened out. Information regarding Bouhlel, his history, and criminal past, followed a similar trajectory.

In terms of frequency, the number of tweets related to the Nice attack quickly declined and plateaued over the subsequent days.

What the case study reveals is that in the immediate aftermath of a terrorist attack the crisis dominates Twitter conversations within the first forty minutes to an hour. Whilst witness accounts led the tweets circulating in the first half hour, the traditional mass media soon takes over and comes to dominate the Twittersphere. The breadth and the speed at which information is disseminated can lead to significant misinformation and various attempts at clarification. An example of this, in the Nice case, was the misidentification of the suspect. This is not unique to the Nice attack, as for example, wrongful suspect identifications occurred on at least four occasions in the aftermath of the Boston bombings.

Another trend that emerged in the Nice case study, is the rise of a solidarity theme as event information became clarified. Images and messages conveying community and international solidarity quickly spread. 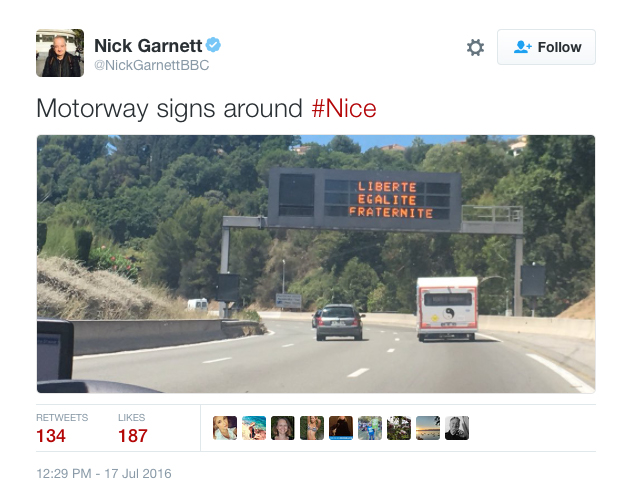 The emotional reactions shared across Twitter quickly became increasingly negative however. These reactions conveyed a sense of despair and hopelessness, which may be unique to the Nice attack because of the previous attacks that took place in France, but also due to its close proximity in time to the attack in Brussels in March and the failed coup in Turkey on 15 July. On the other hand, some of the negative responses were associated with anti-Muslim and anti-Islam sentiment. Many of these tweets were published by users associated with or sympathetic to far-right elements. Other media outfits also noted the anger and frustration linked to such responses.

Whilst the Nice case study has highlighted some interesting trends and patterns, it is possible that other case studies, especially of the two prior attacks in Paris, may offer some comparable findings. From a communication studies perspective additional analysis of the prominence (or lack thereof) of tweets associated with crisis and communication organisations or officials, is clearly warranted. If such voices become drowned out by extensive mass media coverage and popular emotional reactions, it would perhaps be wise to explore and develop best practices that can be shared to help such organisations spread their message effectively also.

Suzzette Lopez Abbasciano is a Doctoral Candidate in Criminology at the University of Massachusetts – Lowell. She specialises in the role of technology in conflict and security, particularly the role of information and communication technology (ICT) in extremism and terrorism. Suzette joined VOX-Pol in Summer 2016 for a two-month internship during which she worked on online responses to terrorist attacks with VOX-Pol’s Coordinator Prof. Maura Conway (Dublin City University) and colleagues Prof. David Weir and Dr. Jeremy Reffin of the Data Science Research Group and Dr. Suraj Lakhani of the Dept. of Sociology at the University of Sussex.

Joint INFOCORE, MeCoDem, VOX-Pol Workshop on Social Media, Conflict and Democracy to be held in Brussels