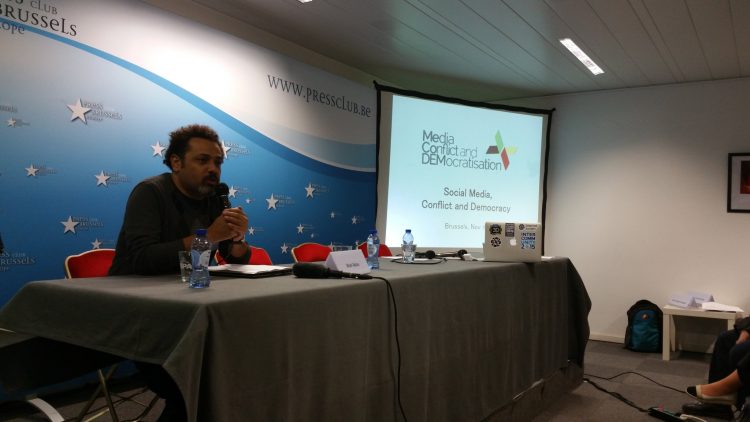 How do social media, fuelled by the rise of Internet-enabled technologies, play a role in assisting democratic change during times of conflict in today’s digitally connected world?

Conversely, how are social media used to escalate conflicts and aid the formation of extremist networks?

Have the utopian visions — so often presented in the media during the so-called “Arab Spring” — of how social media can trigger political change now transformed into dystopian visions of social media used for surveillance, anti-democratic propaganda and repression?

Among the keynote speakers at the event was Wael Abbas, world-renowned Egyptian blogger and journalist, famous for his outspoken Tweets tackling key issues in Egypt. VOX-Pol Research Fellow Matti Pohjonen’s presentation provided an overview of research carried out by VOX-Pol partners and its importance for understanding violent online political extremism. In addition, a set of other speakers representing two large-scale, transnational EU-funded projects — MeCoDEM and INFOCORE — also showcased their research done in areas related to ICTs, (violent) conflict, democracy and security.