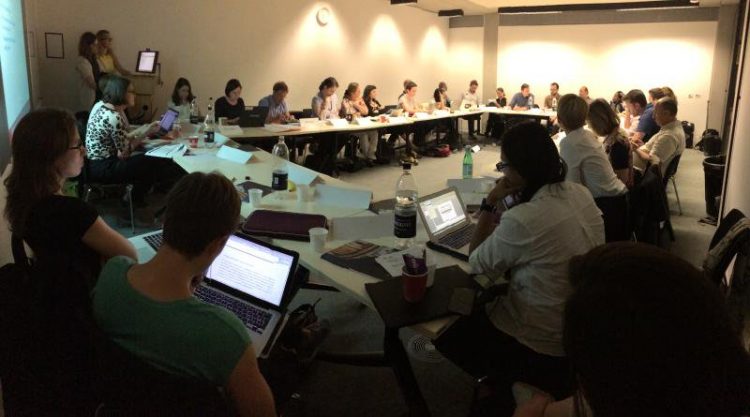 VOX-Pol, in conjunction with two other EU FP7-funded projects, INFOCORE and MeCoDem, will hold a joint workshop themed “Social Media, Conflict and Democracy: Utopian Visions, Dystopian Futures and Pragmatic Policies” at the Press Club Brussels on Friday, November 18.  The workshop will be of interest to, for example, journalists, scholars, activists, policy-makers, NGOs and think tanks.

Among the central questions to be addressed include “How do social media, fuelled by the rise of Internet-enabled technologies, play a role in assisting democratic change during times of conflict in today’s digitally connected world?”

Other questions that will be explored include “How are social media used to escalate conflicts and aid the formation of extremist networks?”

“Have the utopian visions — so often presented in the media during the so-called “Arab Spring” — of how social media can trigger political change now transformed into dystopian visions of social media used for surveillance, anti-democratic propaganda and repression?”

The keynote speakers at the event include world-renowned Egyptian blogger and activist Wael Abbas, famous for his outspoken Tweets tackling key issues in Egypt. In addition, a set of other speakers representing three large-scale, transnational EU-funded projects — MeCoDEM, INFOCORE and VOX-Pol — will be showcasing research done in areas related to ICTs, (violent) conflict, democracy and security.

‘Media, Conflict and Democratisation’ (MeCoDEM) is an EU-funded project which investigates the role of traditional media and ICTs in conflicts that accompany and follow transitions from authoritarian rule to more democratic forms of government.

INFOCORE investigates the role(s) that media play in the emergence or prevention, the escalation or de-escalation, the management, resolution, and reconciliation of violent conflict.

Following the talks and presentation of research, the floor will be open for discussion and debate on one of the most important topics in contemporary political communication. The official hashtag for the event is #ICTconflict.

Click HERE to view the detailed event programme and for registration information.